On This Day: Fr. Edward Flanagan, the founder of Boy's Town, was born in Roscommon

Monsignor Edward Joseph Flanagan, the founder of Boys Town, was born on this day in 1886. 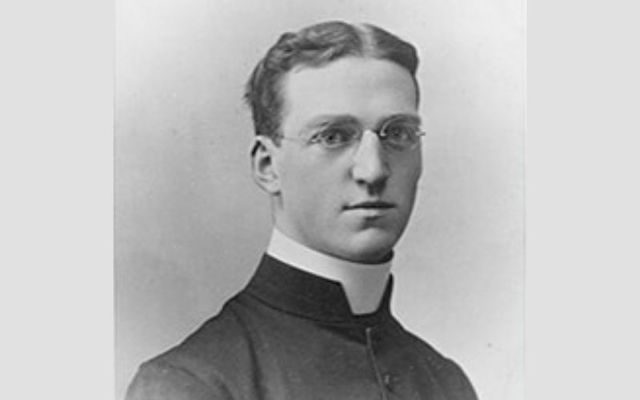 Irish born Monsignor Edward Flanagan went on to found Boys Town in the US BoysTown.org

Today we remember the rebellious and kind Monsignor Edward Joseph Flanagan, founder of Boys Town, Nebraska, who was born on July 13, 1886.

Born in County Roscommon, Monsignor Edward Joseph Flanagan, was the founder of Boys Town, was a lone voice in condemning Ireland’s industrial schools back in the 1940s and the treatment afforded to orphans and those born outside marriage generally. He was viciously castigated by the Irish Church and the Irish government for doing so.

His treatment at the hands of clergy and politicians makes it very clear both powerful arms of the state were determined to stick to secrets and lies and cover-ups when it came to the mistreatment of youths and babies.

When he arrived back in America after a 1946 trip to Ireland, he let it be known he was appalled by the abuse of children in the institutions he had visited. Though he mainly focused on the industrial schools, which worked young children to the bone, he widely criticized the entire range of Catholic institutions that dealt so viciously with the most vulnerable of Irish children.

When he came back to America, Flanagan, addressing the Irish clergy and political leaders, said: "What you need over there is to have someone shake you loose from your smugness and satisfaction and set an example by punishing those who are guilty of cruelty, ignorance, and neglect of their duties in high places . . . I wonder what God's judgment will be with reference to those who hold the deposit of faith and who fail in their God-given stewardship of little children."

However, his words fell on stony ground. He wasn't simply ignored. He was taken to pieces by the Irish establishment. The then-Minister for Justice Gerald Boland said in the Dáil (Ireland's parliament) that he was “not disposed to take any notice of what Monsignor Flanagan said while he was in this country because his statements were so exaggerated that I did not think people would attach any importance to them.”

Flanagan was a devout Catholic, a man who Catholics and non-Catholics worldwide had deemed a hero. He was the Mother Theresa of his day.

Flanagan was born on July 13, 1886, in the townland of Leabeg, County Roscommon, to John (a herdsman) and Honoria Flanagan. In 1904, he immigrated to the United States.

Unlike many others, Flanagan became a priest after he had arrived in America. He was ordained in 1912. In 1917 he was living and working in Omaha, Nebraska, when he hit upon the idea of a "boy’s town," which would offer education and a home for the poor and wayward boys of Omaha.

However, demand for the service was so great that he soon had to find bigger premises. Boys Town, built on a farm 10 miles from Omaha, was the result.

The center was open to all. There were no fences to stop the boys from leaving. Fr. Flanagan said he was “not building a prison."

"This is a home," he said. "You do not wall in members of your own family.”

Boys Town eventually became so well-known – and so well-respected – that Hollywood and the U.S. President came calling. Spencer Tracy and Mickey Rooney starred in the 1938 movie "Boys Town," and it made a national hero out of Fr. Flanagan. He was internationally renowned as “the world’s most foremost expert on boys’ training and youth care.”

When World War II ended in 1945, President Truman asked Flanagan to tour Asia and Europe, to see what could be done for the many children orphaned and made homeless by the war.

Flanagan decided to return to the land of his birth in 1946 to visit his family and to visit the “so-called training schools" run by the Christian Brothers to see if they were "a success or failure.”

The success of the film "Boys Town" meant Flanagan was treated like a celebrity upon his arrival. His visit was noted by the Irish Independent, which said that Flanagan had succeeded “against overwhelming odds,” spurred on by the “simple slogan that 'There is no such thing as a bad boy.'”

But Flanagan was unhappy with what he found in Ireland. He was dismayed at the state of Ireland's reform schools and blasted them as “a scandal, un-Christ-like, and wrong.” And he said the Christian Brothers, founded by Edmund Rice, had lost their way.

Speaking to a large audience at a public lecture in Cork’s Savoy Cinema he said, "You are the people who permit your children and the children of your communities to go into these institutions of punishment. You can do something about it." He called Ireland’s penal institutions "a disgrace to the nation," and later said, "I do not believe that a child can be reformed by lock and key and bars, or that fear can ever develop a child’s character."

Despite that, the Irish church and the Irish government felt comfortable ignoring Fr. Flanagan, ignoring the fact that he was considered to be an expert in the matter of providing for the education and upbringing of boys who were otherwise considered to be “lost causes.” Again, his efforts fell on stony ground.

What was it about the Irish church and the Irish government that made them so insular that they felt comfortable dismissing someone of Fr. Flanagan's stature? Even though Fr. Flanagan was a popular hero to many Irish people, his words had no sway with those in authority, whether in the government or the church.

And, once those who endorsed the industrial school model survived Fr. Flanagan's broadsides, they must have known that no one would challenge them again. They were right, for 50 years anyway.