How this woman almost didn't survive the Titanic disaster

"She was wasting so much time as she fumbled to put it on and lace it up that it became the object of a dispute with her traveling companion..." 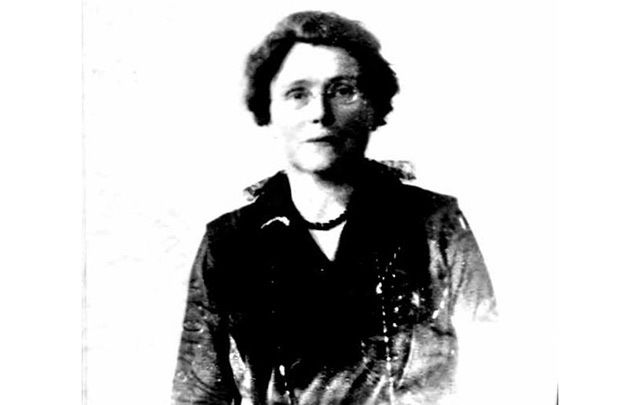 Profile from Senan Molony's book "The Irish Aboard the Titanic"

A corset nearly got in the way of Nora Keane saving her own life. She was wasting so much time as she fumbled to put it on and lace it up that it became the object of a dispute with her traveling companion, Edwina Troutt. When Edwina returned to her cabin, one woman, Susie Webber, had already left. The other, Nora, was still dressing. Having replaced her dressing-gown with a warmer coat, Edwina dealt with the nervous Irishwoman. When Nora insisted on trying to put on a corset, Edwina grabbed it from her and sent it flying down the narrow passage leading to the porthole. Interestingly a similar confrontation over a corset is played out in the James Cameron movie Titanic. Edwina could not believe that Nora could put her life at risk over a foolish item of clothing at the height of a sinking.

The three women had been sharing compartment 101 on E deck aft. Edwina Celia Troutt (27) was from Bath, heading back to a sister in Massachusetts. Susie Webber (37) was from Devon, bound for Hartford, Connecticut. Both also survived. Edwina lived to be 100, dying in December 1984, while Susan Webber died in 1952 at the age of 77.

Edwina later recounted how their Irish companion, Nora Keane from Castleconnell, had undergone a sudden premonition that the Titanic would sink when boarding at Queenstown, speaking openly of her fears when the vessel was barely underway. It is one of a number of verified incidents of foreboding and one of the most chilling – Edwina later claimed that Nora told her she was so overcome with sudden dread as she tottered towards the towering Titanic that she dropped her Rosary and prayer book into the water as she was going up the gangway from a tender that had brought mainly Third-Class Irish passengers from Deepwater Quay.

Another member of the women’s cabin had a story of foreboding to share: Nellie Hocking, a 21-year-old girl from Cornwall. Edwina later recounted how Nellie put the fear of God into Nora Keane by telling her how she had heard a cock-crow on the Titanic at dusk on the fateful Sunday. Hearing such a cry while traveling on a journey is viewed as an ill omen in Cornish custom. Nora told the unnerving story to Edwina, who laughed it off. But Nellie had not been imagining things – there was a live rooster and other poultry on the Titanic. First-Class passengers Marie Grice and Ella Holmes White were importing a clutch of French chickens to the United States.

Nora was on her way back to Harrisburg, Pennsylvania, where she and her brother ran the Union Hotel on Paxton Street.

She told her story to a local paper:

Miss Nora Keane, the only resident of this city who was aboard the Titanic when it was wrecked off the Newfoundland banks, arrived home at 7.10 o’clock last evening. She was accompanied by her brothers and their wives who met her at the Cunard line pier where the Carpathia docked Thursday evening at 9.15. Last night she told to The Patriot all the details of her terrible experience, from the time the giant ship first struck the iceberg until she was gathered into the arms of her four big brothers on the New York dock.

‘It was terrible that wreck … I felt a slight shock a little time before they came. I thought nothing of it. No person had any idea that the vessel was hurt. Even after we were told to get ready we didn’t think there was any danger, for we had been told that the ship could not sink – that it was unsinkable. People had told me that it was an impossibility for it to go down. I went on deck with other persons. The officers had perfect control of everything. There was some excitement amongst some of the people but not what you would expect under the circumstances.

‘Officers called out just who were to go in the boats. I was fortunate to get out in the fourth or fifth boat that left. The crew showed every courtesy in lowering the women and children into the boats. The men passengers stood back. Without doubt, they sacrificed their lives to give women and children the preference … There was a foreigner of some kind ran from some part of the ship and jumped into our boat. No one saw him go. When we got into the boat, we tramped over him for some time but didn’t see him or even know we were stepping on a human form.

‘Later he proved of great use. He could handle the boat. After we rowed away from the ship, we learned that he was in the boat and asked him if we hurt him when we walked over him. He said, “No, still living.” The boat had but one sailor in it and this man came in very useful in helping us work the boat. He did good work … Two men floated by us. Both of them had life preservers. One of them drooped low in the water.

He did not call. The other called to us: “Take me on.” It was almost an impossibility to do anything. Our boat barely floated. “Goodbye,” the man in the water called. Then his head went down a little later. He disappeared out of sight. That was the case with many others. It was [a] terrible sight to witness. It cannot be forgotten. The sight of men in the sea was awful.’

From the lifeboat, Nora saw the Titanic go down. ‘The ship seemed to go down forward and raise to an awful height, all at once. There was a roar and a deafening sound. The cries and moans of those passengers and crew in the water were awful. Very soon there was nothing seen or heard. The ship went down about 100 yards from where our boat was. Bodies drifted past us. Pieces of the wreck were around.

‘And that band played, I don’t know how the men did it, while we were getting on the boats. It played when we drifted away. Men jumped into the sea but the band played.

Some of them must have stood in water that was then over that part of the deck while they played, for we were on nearly the same level with the deck then.

‘They played Nearer My God to Thee till the ship rose and they went out of sight. They must have been playing when it went down,’ said Nora. Nora and the 704 other survivors were picked up by the Carpathia about daybreak. And it was The Patriot which told her brothers in Harrisburg that she was safe, having previously reported their anxiety about her. At 9.15 a.m. on 18 April, the Carpathia docked in New York where Nora was met by her brothers, Dennis, William, Patrick and John Keane.

Nora then returned to Harrisburg where she had made her home with another brother, Michael, who had a hotel there.

The same newspaper the day before quoted Nora, in an account dictated to her brother Dennis, as saying that ‘some shots were fired on the ship. People said men had been shot. I don’t know who they were … it is so awful I cannot think of all that happened.’

Nora, who discreetly carved eleven years off her age when signing aboard the Titanic, had been born in 1866 to John Keane (1819–1885) and his wife Nora Fee (d. 1916) of Gardenhill, Castleconnell, Limerick. Nora later bought and managed a pub in Harrisburg, using money she received from an inheritance. The American Red Cross assisted her to the tune of $100.

Nora told her family back in Ireland little about the disaster. She said the other women in her cabin were woken up by stewards and told to leave the ship immediately. She was in the lifeboat all night, dressed only in her nightgown – sans corset of course – and strictly enjoined her nephews and nieces in later life: ‘When they tell you to get off the boat, do what they say!’

She eventually returned to Ireland and died on 20 December 1944, at the County Infirmary in Limerick, aged 78. The cause of death was complications from a broken leg.