On This Day: Edward Bruce, the last High King of Ireland, dies in 1318

The invasion by Edward Bruce ultimately gave rise to the two nations we now know as Ireland and Scotland. 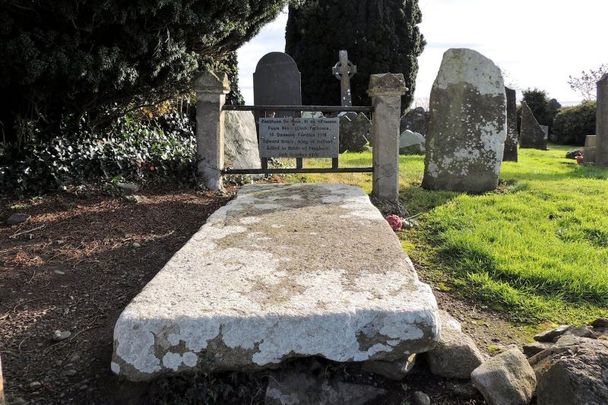 Over seven hundred years ago, Edward Burce was crowned last High King of Ireland. The English colonists in Ireland vehemently opposed him.

Edward, the brother of the King of Scotland, Robert the Bruce, led a three-year military campaign, known as the Bruce Invasion, against the Anglo-Norman lordship of Ireland.

This invasion, which lasted from 1315 to 1318, ultimately gave rise to the two nations we recognize now as Ireland and Scotland.

In May 1315, a Scots army of up to six thousand soldiers landed on the Antrim coast. That June, near Carrickfergus, many Gaelic lords led by Ó Néill of Ulster would join Bruce.

“All the Gaels of Ireland agreed to grant him lordship and they called him King of Ireland,” declared the Irish annals.

The invasion coincided with the Great European Famine, which brought hardship and disillusionment among Bruce’s followers.

The annals ruefully commented: “falsehood and famine and homicide filled the country, and undoubtedly men ate each other in Ireland.”

In February 1317, Dublin, the capital of the English royal administration in Ireland came close to being captured by the Bruce brothers.

The brothers were encamped at Castleknock within sight of the city walls.

The panicking Dubliners burned the suburbs of the city. In order to re-fortify the city walls, they dismantled the Dominican priory north of the Liffey Bridge and tore down the bridge across the river.

The Bruce brothers did not lay siege to the city and instead moved south to Munster.

In 1318, the invasion was brought to an end when, after marching south from Ulster for one last push, Edward Bruce risked an open battle with an English army north of Dundalk at Faughart and was killed.

His corpse was dismembered, and portions of it hung over the gates of various Irish towns.  His decapitated head was brought to King Edward II of England by the victor, John de Bermingham,  a minor Anglo-Irish baron who was elevated to the status of ‘Earl of Louth’ for bringing the Bruce Invasion of Ireland to an end.

A conference at Trinity College, in 2015, entitled The Irish-Scottish World in the Middle Ages, explored this key moment in the history of Ireland and Scotland.

"The Bruce Invasion was a watershed moment in that story," said Seán Duffy, Professor of Medieval Irish History and one of the organizers of the conference.

"Although Edward Bruce was defeated and killed in 1318, the effect of the invasion was far-reaching. The tide of Anglo-Norman expansion in Ireland turned back and the late Middle Ages saw the flowering of a Gaelic literary and cultural revival. Scotland, meanwhile, was galvanized by its victory over the English at Bannockburn which secured its path to independent nationhood."

"Few peoples have as much in common as the Irish and the Scots. The very name Scotland is an ever-present reminder of that connection, because, in the Latin of the early Middle Ages, a Scotus was an Irishman, and the homeland of the Scoti was Ireland. That the name came to be applied to the northern part of Britain is testament to the strength of Irish influence on what we now know today as Scotland."