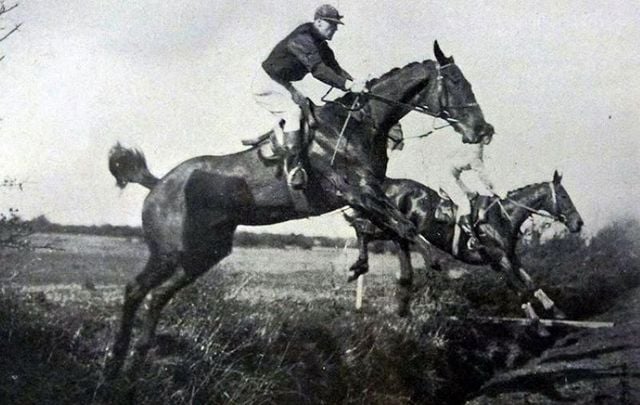 Fairyhouse, County Meath: Back on April 24, 1916, the British establishment showed up here on Easter Monday for the horse racing highlight of the year in Ireland, the Irish Grand National.

Like most Irish events of the time, it was a pale version of the British Grand National horse race, the greatest race on the racing calendar.

Contemporary accounts reflect a grand old time, the British military officers in particular, on break from the First World War, were in fine humor enjoying the spectacle of the day.

It was a day known for the height of fashion as the Dublin ladies tried to catch the eye of the dashing military officers. The weather that long ago day was spring-like.

History records that All Sorts won the big race, trained by Richard Cleary, but the names would soon be forgotten.

Looking around Fairyhouse on Easter Monday 2013, it is hard to imagine that the place has changed that much. Sure there are modern buildings now but the layout of the racecourse which lies among windswept hills some 20 miles or so from Dublin is still the same. To the south are the Dublin Mountains, covered in snow this week after Ireland’s cold spell. To the north and south and east are the rolling hills and lush green fields of Meath. 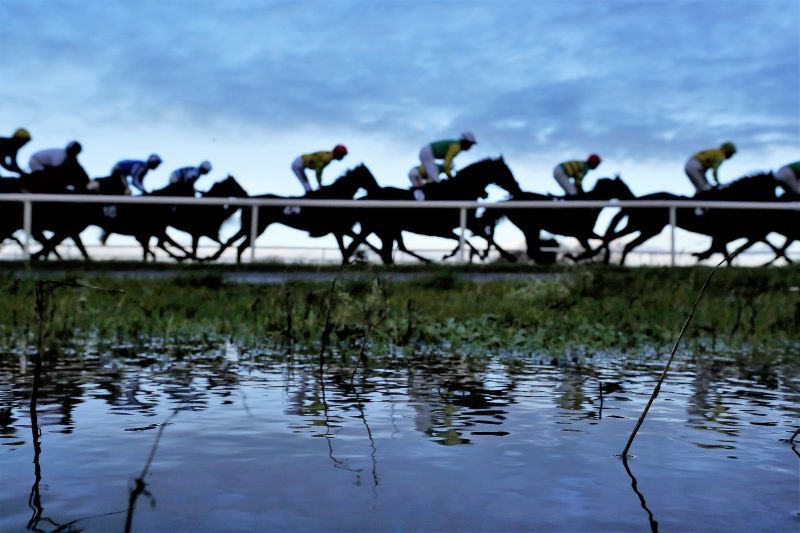 The track itself is a natural amphitheater but very exposed to the elements. The whipping wind on Monday last kept many spectators quartered inside.

Also at the track, that day in 1916 was Joseph Devins, a shopkeeper, my then 33-year-old maternal grandfather who had traveled up from Clare for the day on what must have been an unusual day out for him.

At around 11 am that day in the center of Dublin, 1,200 men, far fewer than expected because of a countermanding order wrongly sent, showed up in front of the GPO, made a left turn and changed the course of Irish history. A man called Patrick Pearse read a proclamation. A revolution began. 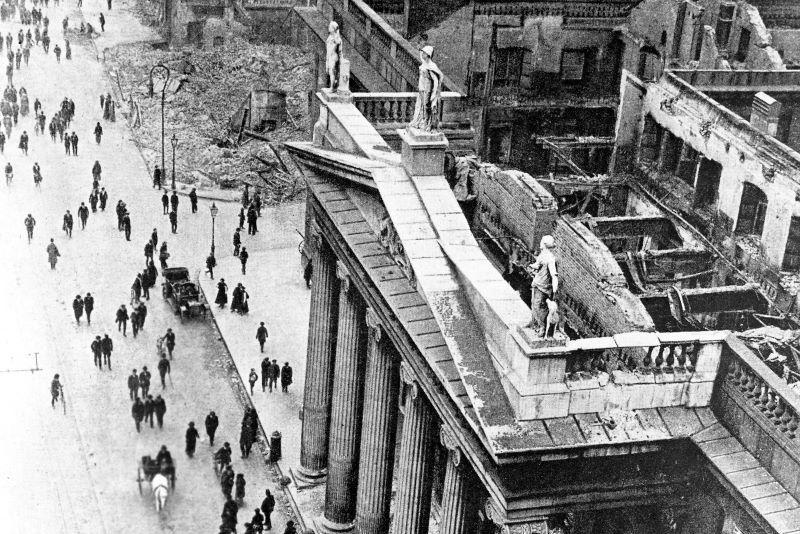 The GPO in Dublin after the Easter Rising (Getty Images)

Out at Fairyhouse, mounted messengers soon arrived hotfoot with the startling news that an uprising was underway.

There was consternation at the track. All public transportation was suspended as the military commandeered all forms of transport. My grandfather was unable to find any way to get to the station to catch his train home.

Back home in Ennis, County Clare, my grandmother, Jane Devins, soon began fretting as the shock news of an uprising reached them.

It is family lore that it took Joseph a full week, walking all the way, to get back to Clare and safety and that my grandmother fainted when he walked in the door as she had given him all up for dead.

He had survived. I thought of him on Monday and what it must have been like at Fairyhouse on that day in 1916. In 2013 a gallant mare, a 50/1 outsider called Liberty Counsel, shocked the punters and won the race. I liked that she had the name of liberty — somehow it fit the mood and the events of that famous day long ago.