Ireland sixty years ago had a problem with Dublin motorists not following the rules of the road and this news report from 1962 shows some careless driving moments that were caught on camera. 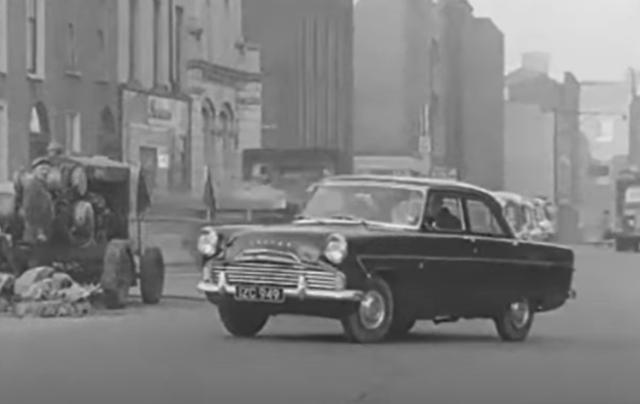 In this black and white archive footage from 1962, we see some of the issues the Garda Síochána (Irish police) faced when it came to carless drivers in Dublin.

It seemed that Ireland sixty years ago had a problem with drivers not following the rules of the road. So much so that in this news piece from that time, RTÉ reporter John Ross explains that in 1961 in the city of Dublin alone over 11,000 motorists were prosecuted for minor traffic infringements. In addition, 64,000 motorists were cautioned on the roadside.

Ross meets with the chief driving instructor Sergeant Eamon O’Boyle, and from the Garda training center, they take to the streets of Dublin to observe some of the mistakes that drivers make when they get behind the wheel of a car.

They witness drivers breaking red lights, failing to indicate correctly, driving too close to the car in front, ignoring white lines, switching lanes erratically, double parking, and opening car doors to oncoming traffic. They even nearly catch on camera a man being run down by a car who failed to stop at a pedestrian crossing!

Superintendent J A McDermott, head of traffic in Dublin, says that the problem relates to the growing number of cars on the roads of Dublin. During the last three years, there has been an increase of 19,000 cars registered in the city.

Do you think driving in Ireland has improved since 1962? Let us know in the comments below!