Doris Fleeson, the daughter of an Irish immigrant, forged a name for female journalists covering politics. 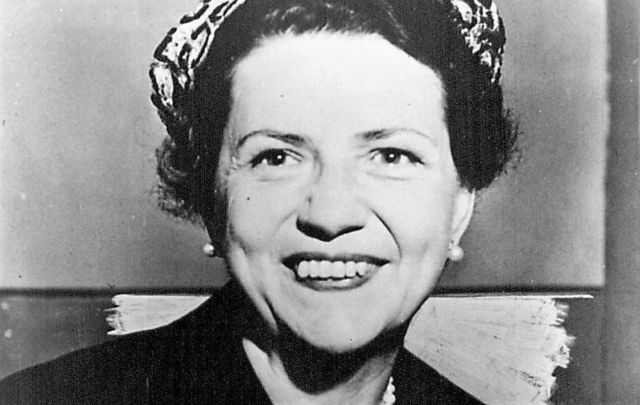 In honor of Women's History Month 2021, a look at Doris Fleeson, the daughter of a County Westmeath immigrant who covered American politics for over three decades.

Doris Fleeson, known as "the tiger in white gloves," was regarded by politicians and fellow journalists as one of the finest reporters of the age. For more than 30 years and through five presidencies she probed the workings of political power and shared her findings in clear, concise language with readers across the United States.

Fleeson, whose father was from County Westmeath, began her career with the New York Daily News in 1927, where, as she put it, she belonged to the "who the hell reads the second paragraph school of journalism."

In 1930, Fleeson married New York Daily News colleague John O'Donnell with whom she had a daughter, Doris O'Donnell.

In 1933, she moved to Washington to cover the presidency of Franklin D Roosevelt. She had a great rapport with the First Ladies and Eleanor Roosevelt deeply admired Fleeson.

In 1936, Fleeson became the first woman journalist to cover a presidential election campaign. In the hitherto all-male world of political journalism, she experienced chauvinism and was often patronized but she would never let the system get her down.

In 1942, her marriage to John O’ Donnell ended in divorce when she disagreed with his conservative politics.

During World War 2, she worked as a war correspondent in Italy and France. On her return to America, she began writing a political column for the New York Daily News that was syndicated to 120 local papers across the United States.

In 1958, Fleeson married Dan A. Kimball who was a US naval secretary from 1951 to 1953. He absolutely adored her and they enjoyed a very happy marriage together.

From Truman in 1945 to Johnston in 1967, Doris Fleeson "scolded presidents" and tried to hold the political elite to account. She won numerous press awards and was seen by many as "incomparably the best political journalist of her time."

Politicians respected her and feared being "Fleesonized."

A lifelong political liberal, Fleeson despised McCarthyism, describing it as "a flower of evil." She hated racism and sponsored the admission of a black reporter to the National Press Guild. A feminist, she supported young women journalists and set up the Women's' National Press Club.

To learn more about the Herstory movement and their plans to celebrate lost Irish heroines, please visit herstory.ie.