Cleveland's Irish American mobster Danny Greene - aka "The Irishman"- was a formidable force to be reckoned with. 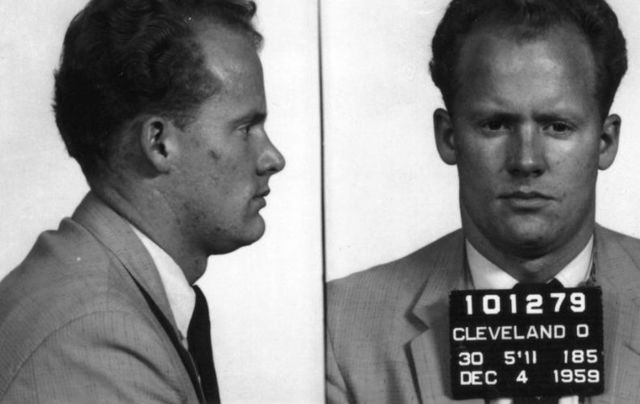 Cleveland's Danny Greene was a formidable force to be reckoned with.

The infamous Danny Greene and his gang 'The Celtic Club' competed with rival Italian-American during the 1970s, often with deadly results.

Greene, born in 1933 to Irish immigrants, is often cited as the most dominant mobster in Cleveland at a time when the city became known as the "bomb capital of America."

The infamous gangster first came to power as the president of the local chapter of International Longshoremen's Association (ILA) before establishing The Celtic Club.

The Celtic Club battled with the Italian-American mafia to control loan-sharking, racketeering, and gambling operations in Ohio. Known as "The Irishman," Greene was also involved in plenty of bloodshed and mayhem in the criminal underbelly of the city.

TheFamousPeople.com notes that Greene had a difficult upbringing. His mother died when he was just three days old, and his alcoholic father placed him in an orphanage. He was ultimately raised by his grandfather.

After a stint in the Marines, he returned home to work on the docks. In 1964 he was stripped of his position leading the workers union as he was convicted of embezzling funds. While he pleading guilty to falsifying union records and received a hefty $10,000 fine and a suspended sentence - he didn't pay a cent nor serve any prison time as he was recruited as an informer by ‘FBI’ agent, Marty McCann of the Organized Crime Division.

It was at this time that he became immersed in crime himself, impressing the likes of Alex "Shondor" Birns and Frank "Little Frank" Brancato.

In 1970, he ordered an accomplice to put a bomb underneath a former co-worker's car. He was found guilty of the murder of "Big Mike" Frato but was acquitted.

Ultimately, it was a dispute with the aforementioned Birns that would lead to his eventual downfall. Greene first killed Birns, after hearing that there was a $25,000 hit placed on his own head. Greene is said to have dodged several attempts on his life, including multiple bombings of his building and car.

However, in 1977, Greene was assassinated by the mafia who had planted a bomb in the car parked next to his while he visited the dentist.

His story is the focus of a book written by the former Cleveland-area police lieutenant, Rick Porrello titled "To Kill The Irishman: The War that Crippled the Mafia". The book went on to win non-fiction awards, and was turned into a film called "The Irishman: The Legend of Danny Greene".

"Kill the Irishman", a 2011 biopic directed by Jonathan Hensleigh, was also based on his crime-filled life.