On This Day: Easter Rising leader Con Colbert was executed

After learning of the surrender, Con Colbert said "our cause is postponed to a future generation." 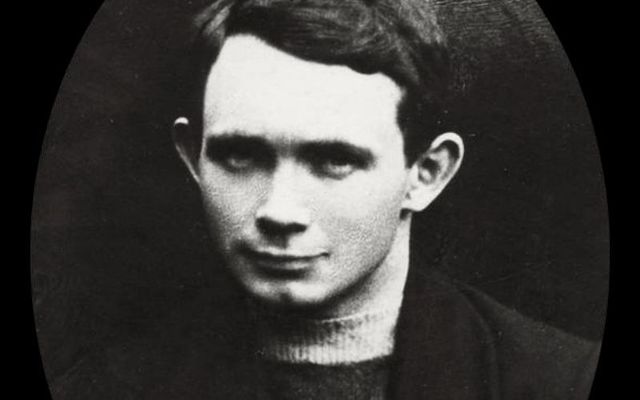 Cornelius (Con) Colbert was born in County Limerick in 1888 and educated at the Christian Brothers’ School in North Richmond Street, Dublin, the same school that produced Seán Heuston and Éamonn Ceannt.

Although short in stature, he made a big impression as he rose through the ranks, from the Fianna scouts to Captain of F Company, Fourth Battalion, Inchicore. His personal life was dominated by his Catholicism, his love of the Irish language, and his abstinence from alcohol. (When asked why Irish rebellions always failed, Colbert would reply: “Drink and want of discipline and loose talk.”)

Working in collaboration with Commandant Ceannt at the South Dublin Union, Colbert’s objective on Easter Monday was to take Watkin’s Brewery in Ardee Street, in the Cork Street area. His job was to cover Ceannt’s flank. Colbert easily took the brewery but discovered that it held no real strategic importance.

Of this, he informed James Connolly and Connolly directed Colbert to take his small unit of fewer than 20 men and join up with Captain Séamus Murphy at the William Jameson—not to be confused with John Jameson—Distillery on Marrowbone Lane, not far from the Guinness Brewery. There was intense fighting with the British with Murphy and Colbert’s men inflicting casualties without suffering any themselves. Suddenly on Saturday morning, the British withdrew.

The spirits of the Volunteers were high as they believed that the Rising was going in their favor. They were shocked when Thomas MacDonagh showed up on Sunday to tell them of the surrender. Colbert was heartbroken and broke out in tears. Colbert was taken so aback that he declared: “I do not know what to say or think, but if what I think comes true, our cause is postponed to a future generation…we must have been let down very badly as we have not had the support of our people that we had expected.”

Colbert and Murphy were soon joined by Ceannt and the men from the South Dublin Union and together they marched to St. Patrick’s Park to surrender. At Richmond Barracks, he was sorted by the G-men of the Dublin Metropolitan Police.

At a trial almost completely absent of evidence, Colbert was found guilty and sentenced to death. His death penalty is one of the oddest because he had fought a clean fight at Marrowbone Lane and, technically, was not even in charge of the siege—Captain Murphy was.

How Colbert got sentenced to death seems just to be an unlucky twist of fate. The story is best related by Christopher Byrne, a 2nd Lieutenant under Colbert. Byrne in his 1948 Witness Statement said that “Con Colbert and I were intimate friends.” He goes on to state that: “I wish to record that Séamus Murphy was in charge in Marrowbone Lane and Con was second in command. The commands remained so until the surrender.”

Here’s what Byrne had to say about the DMP sorting in Richmond Barracks: “Séamus Murphy was in our batch and in full uniform, but he was not picked out. The question of Colbert taking Murphy’s place does not arise at all, it was just that good luck favored Murphy and he was deported with us to Knutsford. Colbert and Murphy did not, and could not, exchange uniforms, as Colbert was a very small sized man and Murphy was very tall and well-built. Murphy was a very manly fellow and certainly would not shirk facing a court-martial and its sentence had he been picked out for it. In my opinion, what saved Murphy’s life was the fact that he was not very prominent before the Rising and was not, as far as I know, known to the police. Against this, Colbert made himself very prominent during the anti-recruiting campaign for the British Army that was then in full swing before the Rising. He wore kilts and frequently pulled down Union Jacks and recruiting posters and helped to break up meetings. He also drilled the Fianna in the open.”

Colbert was more upset about the defeat—and the way the local Dubliners had turned against the rebels—than he was about his death sentence. “We are all ready to meet our God,” he said. “Now that we are defeated, outside the barrack wall, the people whom we have tried to emancipate have demonstrated nothing but hatred and contempt for us. We would be better off dead as life would be a torture. We thank the mother of God for her kindness in her intercession for us that we have had the time to prepare ourselves to meet our Redeemer.”

Unlike some of the other rebels, he did not want to meet with his relatives. He wrote his sister Lila that: “I did not call you to this jail…I felt it would grieve us both too much.”

He did meet up with Mrs. Séamus Murphy, wife of the man in charge of Marrowbone Lane, who was also being detained at Kilmainham. He told her: “I am one of the lucky ones…I am proud to die for such a cause. I will be passing away at the dawning of the day.” When Mrs. Murphy asked of the fate of Éamonn Ceannt, Colbert replied: “He has drawn the lucky lot as well.”

According to Christopher Byrne: “He cut all the buttons off his tunic and gave them to Mrs. Murphy, and gave her his watch for me. Father Morrissey was with him up to the time he died. Con got a pin from the priest and scratched something in Irish on the watch and put the date on it.”

Father Augustine tells a touching story of how Colbert told the soldier preparing him for execution that he should pin the white square higher to cover his heart, making it easier for the firing squad. The soldier was so moved he asked to shake Colbert’s hand, then gently tied his hands behind his back and blindfolded him.

Father Augustine said that Colbert’s “lips were moving in prayer” as he marched to the Breaker’s Yard. He was executed between 3:45 and 4:05 a.m. on May 8th.

Con Colbert’s biggest crime seems to be that he loved Ireland and was known to the G-men of the DMP. It was a fate that would result in his very unlucky death.

*Dermot McEvoy is the author of "The 13th Apostle: A Novel of a Dublin Family", "Michael Collins, and the Irish Uprising" and "Irish Miscellany" (Skyhorse Publishing). He may be reached at dermotmcevoy50@gmail.com. Follow him on his website and Facebook page.