Seán Heuston's men held a tactical position for more than two days during the 1916 Easter Rising. 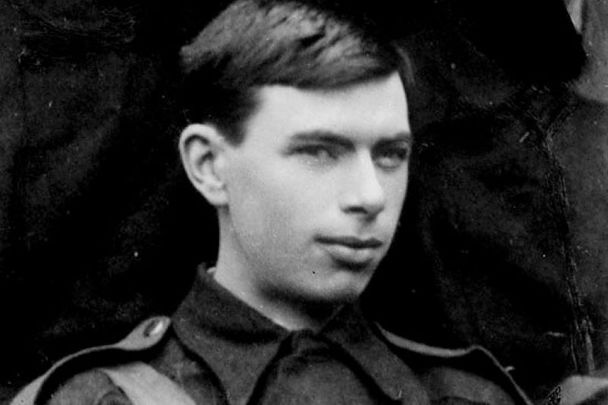 Seán Heuston was executed for his role in the 1916 Easter Rising when he was 25 but is remembered today as a hero.

Editor's Note: 2016 marked the historic centenary of the 1916 Easter Rising, which took place over the course of five days in Dublin and forever changed the course of Irish history. To commemorate this anniversary, writer and historian Dermot McEvoy produced 16 profiles of the Irish Rebel leaders who were executed one hundred and one years ago and who, gradually, have come to be seen as heroes.

Seán Heuston was born in Dublin in 1891 and educated at the Christian Brothers’ School on North Richmond Street. At 16, he was hired by the Great Southern and Western Railway Company as a clerk, serving in Limerick before coming home to work in the Traffic Manager’s Office in Kingsbridge Station. He was a bachelor and lived with his mother, sister, and aunt in Broadstone. He was the sole support of the entire household.

Heuston was a member of the Gaelic League and IRB and joined the Irish Volunteers in 1914. He soon rose to be Captain of D Company, First Battalion, Dublin Brigade. He often drilled Pearse’s students at St. Edna’s.

On Easter Monday, he received written orders from James Connolly to “Seize the Mendicity at all costs.” The Mendicity Institution was located on Usher’s Island Quay—the same quay where at #15 James Joyce’s “The Dead” assembled for supper. The Institution was for the benefit of the poorest of the Dublin poor. (The term “mendicity” dates from the time of the Napoleonic Wars when mendicity—i.e., begging—was prevalent throughout Dublin.)

The area where the Institution was located was critical militarily because it lay on the Liffey, opposite and smack in between the Royal (now Collins) Barracks and the Four Courts. It could guard against troops marching on the Four Courts and it stood in the way of troops advancing from the Royal Barracks and across the river to the south side. It was perfect for an ambush and ambush did Heuston’s troops do.

Heuston had only 25 men at his disposal. He was supposed to hold the area for a few hours but managed to hold it for over 50 hours. The first blow came when troops from the Royal Barracks were rushing to reinforce Dublin Castle.

Heuston’s men picked them off one at a time, as the troops scattered in confusion and terror. Soon the British had a force of 350 troops assembled against Heuston’s mere 25. It is said that the British threw grenades into the Institution and Heuston’s men brazenly threw them right back. With ammunition running low and casualties mounting from the constant onslaught of the British, Heuston decided to surrender on Wednesday of Easter Week.

The British were infuriated that this small force had held them at bay for so long. The rebels were removed across the river to the Royal Barracks and abused, as one rebel recalled: “The British were infuriated when they saw the pygmy force that had given them such a stiff battle and caused them so many casualties. They screamed at us, cursed us, manhandled us…We were forced to march to the Royal Barracks with our hands up, held behind our heads. In the barracks, we were lined up on the parade ground. Here we were attacked by British soldiers, kicked, beaten, spat upon.”

Heuston arrived at Richmond Barracks on May 4 and was found guilty. There was little hope that General Maxwell would commute the sentence. On May 6, “Maximum” Maxwell confirmed the death sentence, noting that because of Heuston and his men “substantial military casualties had been sustained in the fighting.”

Heuston was not surprised as he told a fellow inmate: “There is no hope for me. I expect to be shot.”

His last hours were spent worrying about his mother and sisters who depended on him to support them. He wrote his brother Michael, a novice priest: “I suppose you have been wondering why I did not communicate with you since Easter, but the explanation is simple. I have been locked up by His Britannic Majesty’s Government. They have just instructed me that I am to be executed in the morning. If the rules of the order allow it I want you to get permission at once and come in here and see me for the last time in this world. I feel quite prepared to go, thank God.”

To his sister Mary, a Dominican nun, he tried to explain his thinking: “Do not blame me for the part I have taken. As a soldier, I merely carried out the orders of my superiors who should have been in a position to know what was in Ireland’s best interest. Let there be no talk of foolish enterprises. I have no vain regrets…If you really love me teach the children in your class the history of their own land, and teach them that the cause of Caitlin Ni Uallachain never dies. Ireland shall be free…as soon as the people of Ireland believe in the necessity for Ireland’s Freedom and are prepared to make the necessary sacrifices to obtain it…Let us pray that Ireland will benefit from it ultimately. Let you do your share by teaching Ireland’s history as it should be taught.”

To a fellow railroad worker: “I ask all to pray fervently for the repose of my soul. Whatever I have done I have done as a soldier of Ireland in what I believed to be my country’s best interests. I have, thank God, no vain regrets. After all, it is better to be a corpse than a coward.”

Father Albert said that at the end, Heuston “awaited the end with calmness and fortitude.” His last words were: “Father, sure you won’t forget to anoint me.”

On May 8, the British government took revenge on the man who had brilliantly out-soldiered them, shooting him between 3:45 and 4:05 a.m.

More than a century after his death, it is easy to remember Seán Heuston as one walks along the River Liffey. At Usher’s Island Quay, there are today only remnants of the Mendicity Institution, but a few blocks away, near Victoria Quay, there is a monument to the young, intrepid Seán Heuston—the place where he worked, now renamed Heuston Station.

*Dermot McEvoy is the author of "The 13th Apostle: A Novel of a Dublin Family, Michael Collins, and the Irish Uprising and Irish Miscellany" (Skyhorse Publishing). He may be reached at dermotmcevoy50@gmail.com. Follow him on his website or Facebook page.