Winter cold? Your Irish ancestors had remedies for this!

It's that time of year again for getting sick, with the change in weather bringing on all manner of coughs, sneezes and sniffles. 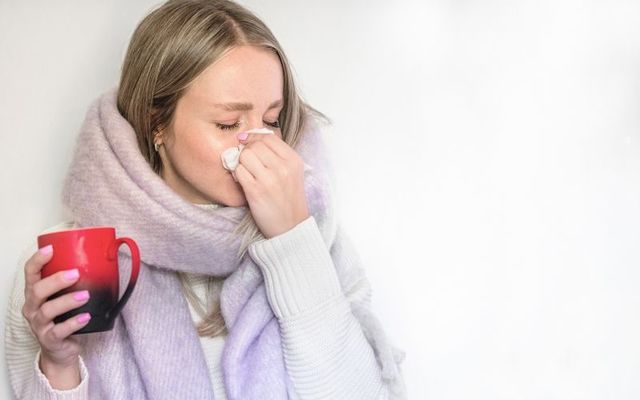 Our Irish ancestors had their own ides about how to cure the common cold. Getty

Getting the sniffles? Our Irish ancestors had their own ideas about how to cure a common cold.

Unfortunately, it's that time of year again for getting sick, with the change in weather bringing on all manner of coughs, sneezes and sniffles.

Of course, our Irish ancestors also had to deal with seasonal colds and other ailments, and a rich medical history developed over the centuries.

According to RTÉ, healers throughout history have consisted of both the "official" (usually monks and hereditary physicians) and the "unofficial" (wise women and herb doctors).

Before the 13th century, the sick would often visit monks, who would provide medical care through the use of plants and prayers. However, the 1163 Papal Edict of Tours forbade monks from certain practices such as bloodletting and the clerics quickly lost their business to hereditary physicians.

"Hereditary" physicians were fathers and sons who would take care of the clan lords through practices such as "balancing" the "four humors," "cupping," and bloodletting on certain days of the astrological calendar.

Of course, bloodletting, which went out of fashion in the eighteenth century, was probably not the best way to get rid of a stuffy nose. Ancient physicians would likely have recommended an herbal treatment or a visit to a sweating house.

Due to the high prevalence of superstition at the time, physicians would also employ the use of charms in their practice, such as putting a hare’s heels near your stomach to relieve pain or wearing a dog’s right foot over your arm to alleviate a fever.

While the hereditary doctors treated the ancient clan lords, the common people and peasants would likely go to a "bean na luibheanna," or "wise woman" for help. There were also men who served as "herb doctors. " In particular, the seventh son of a seventh son was said to have exceptional healing powers.

Their herbal remedies were informed by the doctrine of signatures, the belief that a plant’s characteristics and appearance hint at the diseases it can cure.

To soothe a sore throat, one might be advised to drink the juice of dulse (Palmaria palmata) or gargle with sage.

To promote the healing of a burn, common chickweed (Stellaria media) and ivy (Hedera helix) were used. If the herbal applications didn't work, the burn might be healed if licked by a healer who had previously licked a lizard. Fevers could supposedly be cured by the presence of a donkey.

Visits to holy wells were also advised in the hopes of restoring health, as well as a variety of rituals and prayers.

If none of these strategies worked to heal you, the next step would be a visit to a "specialist" in fairy magic or the evil eye.

While these strange practices can seem rather silly today, there still exists a degree of superstition and the passing down of ancient traditions in some Irish communities, through the use of "unofficial" herbs and charms.

And across the globe, herbal medicine remain a crucial medical resource used by billions of people to address a variety of conditions.

* Please note, this article does not promote or endorse any treatment and is meant for entertainment purposes only.