In Irish folklore, there is a belief that the seventh son of a seventh son has special healing powers. 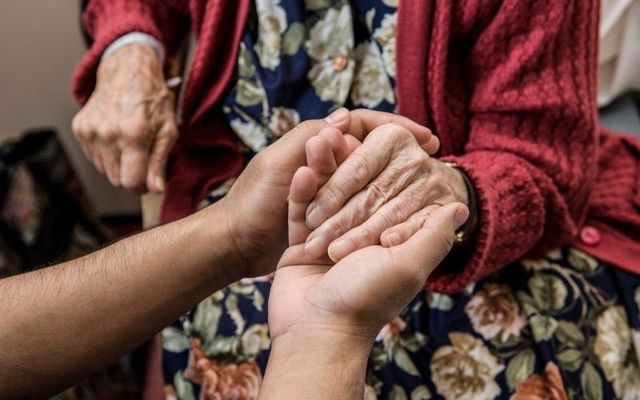 The seventh sons of seventh sons legend has long been a popular myth in Irish folklore, but here are the real-life stories of some of these famous healers.

The seventh son of a seventh son is the belief in Irish folklore that special powers are given to the seventh son born from an unbroken family line with no female siblings born between.

The number seven has a long history of mystical and biblical significance: seven virtues, seven deadly sins, from "Seven Sleepers" to the seven days of creation, etc. Some believe the son is born with special powers, inherited simply by virtue of his birth order. Others think the powers are granted to him by God because of his birth order.

Typically the son would lay his hands on the affected area, doing the sign of the cross and reciting some prayers. When finished, part of the tradition is not to accept payment for their work as it's considered taboo.

While Irish families may have gotten smaller, there are still some seventh sons of seventh sons in Ireland today who practice healing in their community.

Valentine Greatrakes, also known as "Greatorex" or "The Stroker," was an Irish faith healer from County Waterford born in 1629 who claimed his hands could heal.

In a pamphlet, published in 1666, Valentine said he experimented on several willing subjects, including his wife, with positive results. He claimed the ability to cure King’s Evil (scrofula, similar to TB), wounds, ulcers, among other afflictions.

Sadly by the end of the year, 1666, Valentine’s healing talents had abandoned him. He returned to Ireland and lived a quiet life as a farmer. Although he no longer healed he was never branded as a fake.

Another legendary seventh son of a seventh son, who is still alive today, is Danny Gallagher. At the age of eight, Gallagher experienced vivid dreams which communicated to him that he had a strange power over an illness. However, he did not act on the message these dreams had brought him until later on in life.

It was reported by the Sunday World that Gallagher recently came out of retirement to help a baby girl from Belfast who was brought to him with heart issues.

“We visited him and he did the blessing always after sunset but even after the first visit we saw big improvements," her mother explained

“She started feeding better, putting on weight and getting stronger, she just had more energy and she just kept improving.”

An article by The New York Times, published in December 2021, investigated the phenomenon and met with seventh sons from around Ireland and even got the chance to witness their healing powers in action.

They spoke with Joe Gallagher from the village of Pullough in County Offaly who believes the practice is a deeply religious one.

“You have to put your heart and soul into it, and you’re asking God to help you with this thing,” he said.

While fellow seventh son, Bart Gibbons from County Leitrim thinks the cure is all about belief rather than religion. “If people believe strongly enough that this has happened, I think your body makes it happen,” he said.

Watch a clip from an episode of RTÉ's ‘Newsbeat’ about "The Seventh Son of a Seventh Son" that was broadcast on 11 March 1970: