In celebration of the great man, Charle Dicken's birth this day is known as Charles Dickens Day. To mark the day IrishCentral remembers Dicken's trip to Ireland in 1858. 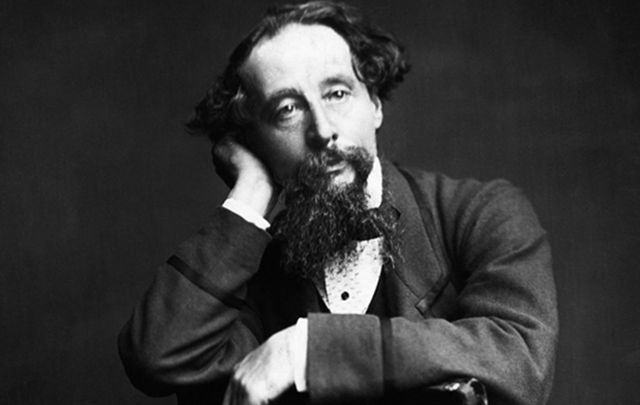 Celebrating the author of the Christmas Carol Charles Dickens birthday and his own love of the Irish audiences and beautiful surroundings.

In celebration of the great man, Charle Dicken's birth this day is known as Charles Dickens Day. To mark the day IrishCentral remembers Dicken's trip to Ireland in 1858.

Editor's Note: Today (February 7) in 1812 the great British novelist Charles Dickens was born, at Landport in Portsea Island, off the south coast of England. A literary genius is he said to be the greatest novelist of the Victorian period. He created some of the most well-known fictional characters and his novels and short stories continue to be widely popular.

The "A Christmas Carol" author Charles Dickens visited Ireland in August 1858 as part of a book tour that also included England and Scotland. Even in his own time, Dickens was a celebrity. Much in the same way that any reading by J. K. Rowling would have fans pressed against the door, Dickens’ fans packed theatres wherever he read in Ireland.

Dickens traveled by ferry and landed in Dublin’s fair city on August 21, 1858. He stayed at what was called then the Morrison’s Hotel, on Nassau Street. The old building with an iconic green dome is now a cute coffee shop.

He “wandered about it for 6 to 8 hours in all directions” and then took a carriage ride around Phoenix Park.

Dickens walked to the top of O’Connell Street to what is now called the Ambassador Theatre where he had to push through a crowd of fans to get inside. In front of a crowd of 3,000 more fans inside, Dickens read and acted out parts from “The Story of Little Dombey” and other selected readings. He said about his audience, “of their quickness as to the humor there can be no doubt.”

Following his success in Dublin, he took the train up to Belfast, commenting on the ride, “Everything looks prosperous; the railway ride from Dublin [is] quite amazing; every cottage looking as if it had been white-washed the day before; and many with charming gardens, pretty kept with bright flowers.”

In Belfast, he read from 'A Christmas Carol.' His fans packed into the house, “there was a very great uproar at the opening of the doors, which, the police in attendance being quite insufficient . . . it was impossible to check.” Dickens was particularly popular with the ladies. In a letter, he wrote home, “Yesterday morning, as I showered the leaves from my geranium in reading Little Dombey, they mounted the platform after I was gone and picked them all up, as keepsakes.”

Before his reading in Belfast, Dickens visited Victoria Hall, Giant’s Cradle, and the coastal town of Carrickfergus, all of which still draw tourists today. Dickens was further impressed by his Irish audiences. He said about his Belfast fans, “The success at Belfast has been of equal success here. Enormous! I think them a better audience on the whole than Dublin; and the personal affection [here], was something overwhelming.”

From Belfast, he traveled to Cork via Dublin. He dropped his bags off at the Imperial Hotel, still present today on August 30. Dickens then read at the Athenaeum, now called the Cork Opera House. Before leaving Cork he kissed the Blarney Stone, which is a must for any tourist in Ireland today. Dickens said about Cork, “Cork was an immense success. We found upward of a thousand stalls let, for the three readings. A great many people were turned away too, on the last night.”

Having completed his tour of Ireland, Dickens continued on to the next city, but he came back to Ireland for another book tour in 1867 and again in 1869.