What's real and what's fake about the famous stone at Blarney Castle in Co Cork? 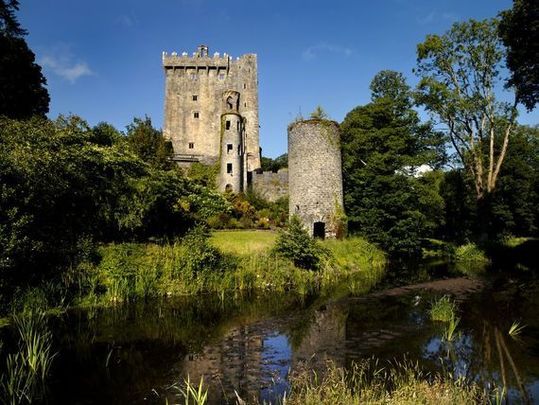 Kissing the Blarney Stone is said to brings people the "the ability to deceive without offending." Tourism Ireland

If every myth and legend about Blarney Castle and the Blarney Stone were true, it would be the most significant rock in history. Here are the facts of this favorite Irish tourist attraction.

Unfortunately, most of the myths and legends surrounding Blarney Castle and the Blarney Stone seem to be fabrications, to say the least.

The stone was put into a tower of the Blarney Castle in 1446 and has become one of Ireland’s most successful tourist attractions. As the legends go, if one kisses the stone, they are said to be bestowed with the gift of eloquence and the skill of flattery.

Where the stone exactly came from and how we arrived at our current understanding of the stone remains uncertain. The lack of a clear history has allowed mythological explanations to take prominence to what the Blarney Stone is and was.

Let's take a look at the popular tales, myths, and legends surrounding the Blarney Stone.

The first story involves the goddess Clíodhna and Cormac Laidir MacCarthy. Cormac was troubled with a lawsuit and feared the ruling would be against him. He prayed to the goddess Clíodhna and she told him to kiss the first stone he finds on the way to court. In the morning, MacCarthy kissed the first stone he found and immediately was given the ability to speak with eloquence. MacCarthy won his case and afterward brought the stone to be incorporated into the parapet of the Castle.

The most plausible of the tales involve Queen Elizabeth I and Cormac Teige McCarthy. Queen Elizabeth, I, wanted Irish chiefs to ‘occupy’ their own lands under title from her. Cormac Teige McCarthy, the lord of Blarney, was able to use his words and wit to keep the queen satisfied without officially signing over the rights to his land. Some assert that the stone gave Cormac the gift of eloquence after an old woman told him of the stone’s power while others believe no magic to having gone into Cormac’s ability to avoid the Queen’s wishes without offending her.

The official Blarney Castle website explains that “we believe a witch saved from drowning revealed its powers to the MacCarthys.” As the story goes, the witch simply told the MacCarthys of the stone’s great power in thanks for saving her life. 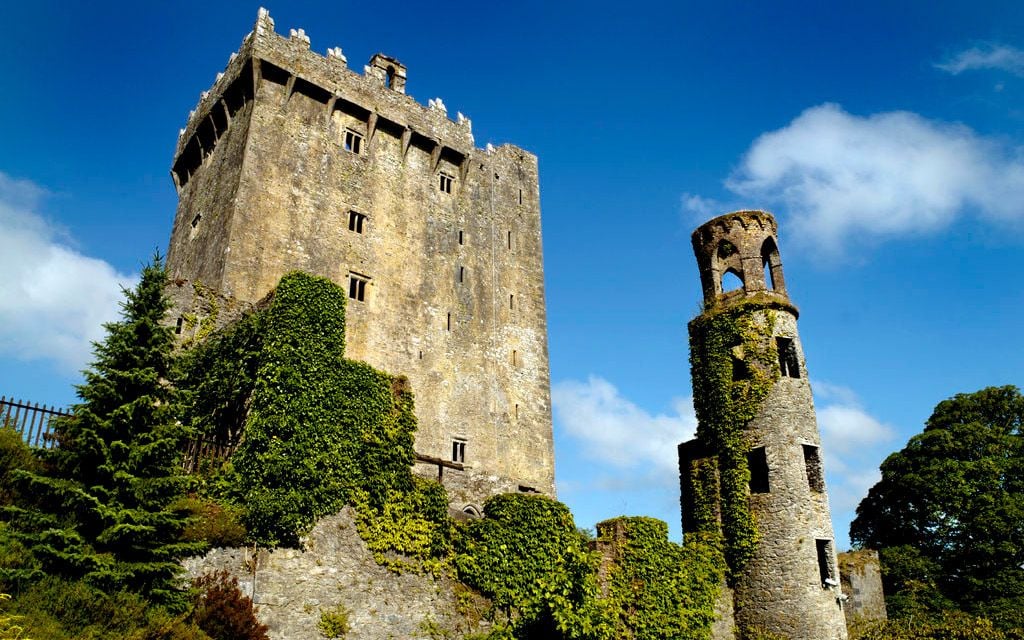 Others believe the Blarney Stone spent some time in Scotland. How the stone ended up in Scotland is a whole other mix of tall tales that go all the way back to the Prophet Jeremiah. It is said that the Blarney stone was originally the stone of Jacob from the Book of Genesis and was brought to Ireland by the Prophet Jeremiah. The stone was first used in Ireland as an oracular throne and would become known as the Lia Fail or ‘fatal stone.’ It was next said to serve as the deathbed pillow for St Columba before being removed to the mainland of Scotland.

In 1314, Cormac McCarthy sent 5,000 men to aid Robert the Bruce and Scotland in their fight against the English at the Battle of Bannockburn. Many believe the blarney stone to be a piece of the stone of the scone, or stone of destiny, the seating place of the first King of Scots during his coronation in 847. The stone is said to be gifted to Ireland as a thank you for supporting Scotland at the Battle at Bannockburn. Modern technology dismisses the notion that the Blarney Stone originated anywhere outside of Ireland.

Some suggest that the stone was brought back to Ireland during the crusades. They assert that the Stone of Ezel, where David hid from Saul on the advice of Jonathan, ended up as the Blarney Stone.

A few people have even been brave enough to suggest that the Blarney Stone is the same stone that Moses himself struck to provide water for the Israelites after escaping slavery in Egypt.

Have you visited Blarney Castle or kissed the Blarney Stone? Which of these stories do you think is the most likely? Let us know your thoughts in the comments section, below.