On this day, Jan 21, 1876, the Irish union organizer James Larkin was born in Liverpool, England.

Mugshot of James Larkin from 1919. WikiCommons

On this day, Jan 21, 1876, the Irish union organizer James Larkin was born in Liverpool, England. Today we look at his life and remember when Charlie Chaplin paid the Irish activist a visit in Sing-Sing prison, in New York.

James Larkin, the Irish labor organizer, is perhaps most known for his involvement with the famous Dublin Lockout of 1913. But did you know that when Larkin was jailed in New York in 1920, he was visited by none other than comedic genius Charlie Chaplin?

Larkin, born to Irish parents in Liverpool, England in 1876, grew up in poverty. He later moved to Burren in County Down, where he worked a variety of jobs before taking up his calling full-time as a trade union organizer in 1905. In 1907, Big Jim moved to Belfast and founded the Irish Transport and General Workers' Union, the Irish Labour Party, and later the Workers' Union of Ireland. 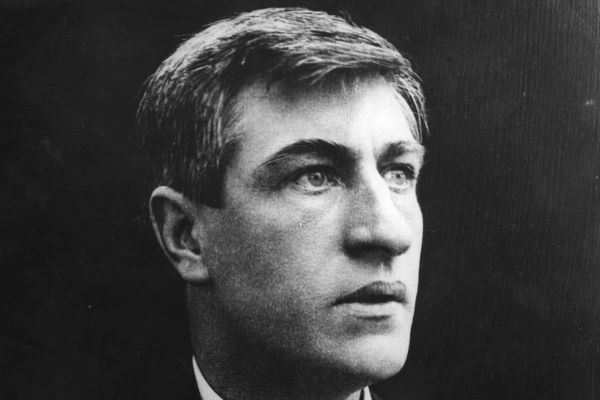 In 1913, he achieved notable success in the Dublin Lockout, dealing with industrial disputes through strikes and the boycotting of goods. The two main employers involved were Guinness and the Dublin United Tramway Company. While the employees were, for the most part, skilled employees, Larkin’s aim was to also unionize unskilled workers. His famous slogan was “A fair day's work for a fair day's pay.”

When the Lockout ended in 1914, Larkin traveled to the United States to recuperate and raise funds for the union. There he became a member of the Socialist Party of America and was involved in the Industrial Workers of the World union. He became an enthusiastic supporter of the Soviet Union and was expelled from the Socialist Party of America in 1919 along with numerous other sympathizers of the Bolsheviks.

Read More: Not for the fainthearted - Irish American labor leaders

Larkin's speeches in support of the Soviet Union, his association with founding members of the American Communist Party, and his radical publications made him a target of the "First Red Scare" that swept the US after WWI. He was jailed in 1920 for “criminal anarchy” and was sentenced to five to ten years in Sing Sing prison.

A portion of Charlie Chaplin's letter recounting his visit to Larkin in Sing-Sing is quoted in Emmet O’Connor’s biography 'James Larkin:'

“The last day in New York, I visited Sing-Sing with Frank Harris. Jim Larkin, the Irish rebel and labor union organizer, was serving five years in Sing-Sing, and Frank wanted to see him."

"Larkin was a brilliant orator who had been sentenced by a prejudiced judge and jury on false charges of attempting to overthrow the Government, so Frank claimed, and this was proved later when Governor Al Smith quashed the sentence, though Larkin had already served years of it.

"Frank inquired about Jim Larkin and the warder agreed that we could see him; although it was against the rules, he would make an exception. Larkin was in the shoe factory, and here he greeted us, a tall handsome man, about six foot four, with piercing blue eyes but a gentle smile.”

Chaplin was so moved by his visit with Larkin that he was compelled to send his wife Elizabeth and his children a package of gifts.

In a 1977 interview with the Irish Times, Larkin’s son Denis commented on the package the family received, which included “beautiful moccasin-beaded slippers.”

Larkin was eventually released from prison in 1923, thanks to Al Smith, New York's first Irish-American governor. He was then deported back to Dublin thanks to J Edgar Hoover, later head of the FBI, who colluded in the fabrication of evidence to achieve Big Jim’s deportation.

On Monday, April 30, he arrived in Dublin. His sister and 40 supporters greeted him when he arrived at Liberty Hall in Dublin and a crowd of 4,000 was there to welcome him home.

Both Larkin and Chaplin are immortalized with statues in Ireland. Larkin's looms over O'Connell Street in Dublin, while Chaplin's statue is in Waterville, Co Kerry, where the funnyman spent many summer vacations.