A documentary that re-opens the investigation into the killing of Micheal Collins has led to calls for an autopsy to be done on the revolutionary leader. 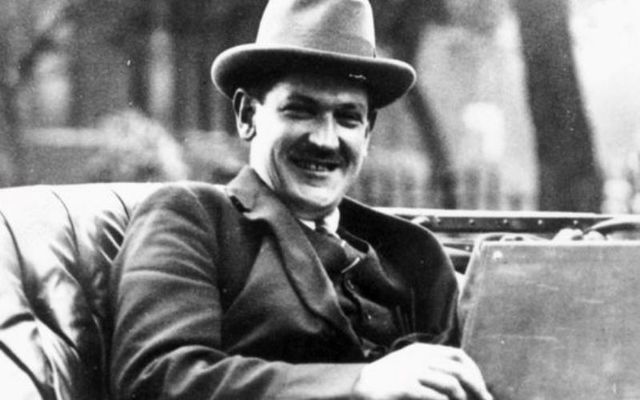 RTÉ has announced an upcoming documentary "Cold Case Collins", re-opening the investigation into the death of Micheal Collins, Irish history’s most contested killing.

The history documentary will feature a specially-assembled team, including retired state pathologist Dr. Marie Cassidy, a cast of detectives, forensic scientists, historians, and psychologists to examine the evidence surrounding the murder of  Michael Collins.

A bullet to the head killed the revolutionary leader on 22 August 1922 near Béal na Bláth, a village in County Cork, during Ireland’s civil war. However, the shooter was never caught and as next year's centenary of Collins’ assassination looms, history enthusiasts are prompting for a new autopsy of his remains.

Collins' death has been a mystery for nearly a century due to the lack of an inquiry, death certificate, and a lost autopsy report.

Paddy Cullivan, the filmmaker behind "The Murder of Micheal Collins", told the Guardian, “We should exhume the body and find out the nature of the wounds, otherwise we’ll be talking about this for another century.

“It’s incredible that the most important man in Ireland at that time doesn’t get an inquest or a death certificate. The whole thing is beyond strange.”

Collins led the original Irish Republican Army (IRA) against British forces during Ireland's War of Independence between 1919 and 1921.

He entered into negotiations with the British after his guerrilla war efforts brought them to a stalemate, ending with a treaty that kept 26 of Ireland's 32 counties within the Republic, while the other six became Northern Ireland.

However, some IRA members refused to accept the deal and a civil war broke out.

Collins was shot aged 31 while on an inspection tour of Munster where he was also searching for peace negotiations with IRA leaders opposed to the treaty.

In the 1980s a former IRA member endorsed longstanding rumors that the shooter was Denis “Sonny” O’Neill, a marksman who served in the British army during the first world war before joining the anti-treaty IRA.

Paddy Cullivan disregards this theory having recently combed German and British archives that said O’Neill returned home from the trenches with a 40% disability to his right arm, casting doubt on his capabilities to assassin Collins.

A dispute also reminds with whether the shot was a fluke, a ricochet or the work of a skilled sniper given it was fired at dusk, in poor visibility, from more than 150 meters (490ft) away.