Chief suspect in Michael Collins murder could not have been killer, historian claims

Denis "Sonny" O'Neill, the man long thought to have killed Michael Collins at Béal na Bláth, could not have fired the fatal shot, according to an Irish art historian. 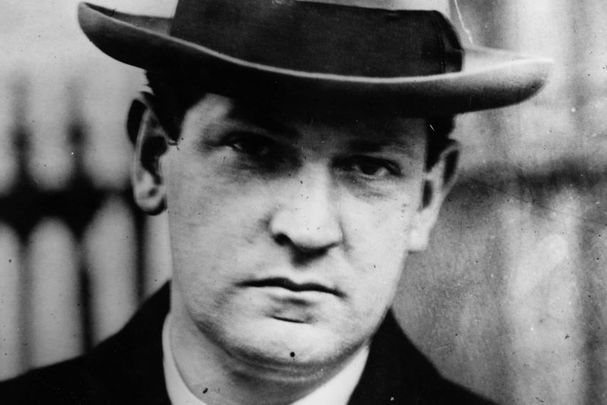 Irish revolutionary Michael Collins was killed in an ambush in Co Cork on August 22, 1922. Getty

An Irish art historian has obtained new evidence claiming that the man long thought to be Michael Collins' killer could not have fired the fatal shot.

There have been rumors since Collins' death in 1922 that Denis "Sonny" O'Neill, a former British soldier who joined the IRA during the War of Independence and the anti-treaty side during the Civil War, fired the shot that killed Collins at Béal na Bláth on August 22, 1922.

Rumors about O'Neill's involvement in the killing have gathered pace since 1980, when former IRA intelligence officer Eamonn de Barra suggested in an RTÉ documentary that O'Neill had accidentally killed Collins while firing a warning shot.

In 2014, files in the Military Service Pensions Collection confirmed O'Neill's presence at the Béal na Bláth ambush, adding further credibility to the rumors, although he was never asked if he fired the fatal shot.

However, art historian Paddy Cullivan has now obtained new evidence suggesting that O'Neill could not have been the shooter.

Cullivan told the Irish Times that there is no evidence that O'Neill served as a sniper with the British Army or the IRA despite a 1924 Free State intelligence report noting that he was an excellent marksman.

Cullivan argues that if O'Neill was a sniper, he would have been deployed as a one during the War of Independence.

The art historian further argues that O'Neill was not physically capable of shooting Collings due to an injury he picked up during the First World War.

Documents from the German archives state that O'Neill had a severe injury to his right arm when he was repatriated as a prisoner-of-war at the end of the conflict in 1918, resulting in his rejection by the Royal Irish Constabulary when he applied after the war.

He also received a disability pension from the British Army when the war ended, Cullivan said.

Further documentation in the British archives states that O'Neill had a 40% disability in his right arm, making it almost impossible for him to shoot Collins in the head from around 450 ft (150 meters) at twilight.

Cullivan said that a disabled man like O'Neill successfully shooting Collins with a single shot to the head was like "winning the Euromillions lottery twice in the same week".

He said that it was more likely that someone on Collins' side fired the fatal shot and said that Major General Emmet Dalton was probably the most likely suspect.

Dalton, who traveled in the same touring car as Collins, gave inconsistent testimony in the aftermath of the shooting and questions remain over his involvement, Cullivan said.

The art historian additionally believes that the British authorities may have ordered the shooting of Collins since they were the ultimate beneficiaries of his death.

Cullivan pointed to evidence that Collins would have marched on Northern Ireland if the Civil War ended in peace and said that pro-treaty and anti-treaty forces may have been unwitting accomplices in a British plot to murder him.