Bridget Murphy, the woman behind JFK’s success, to be honored at Kennedy Summer School

Bridget Murphy emigrated from Ballycullane in County Wexford during the Irish Famine and met fellow Wexfordman Patrick Kennedy shortly after arriving in the US. 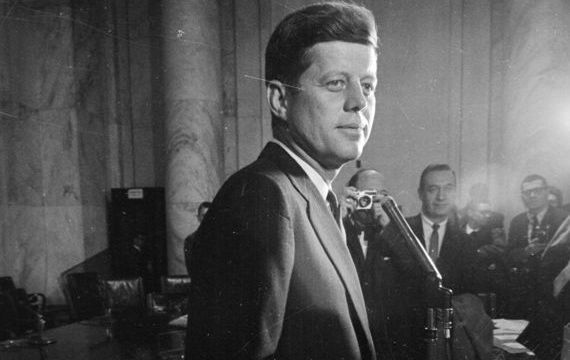 The upcoming Kennedy Summer School is set to honor Bridget Murphy, John F. Kennedy's great-grandmother and the woman responsible for transforming the fortunes of the Kennedy family.

Bridget Murphy emigrated from Ballycullane in County Wexford during the Irish Famine and met fellow Wexfordman Patrick Kennedy shortly after arriving in the US.

The pair married on September 26, 1849, but Patrick died of tuberculosis nine years later, leaving Bridget to raise their children alone.

Bridget raised Mary, Joanna, Margaret, and PJ, who was just ten months old when his father died, on Noddle Island in the dockland of East Boston. Her third child John had died in infancy after contracting cholera.

Author and historian Neal Thompson has published a new book entitled "The First Kennedys" exploring Bridget's often overlooked role in pulling the Kennedy family through the 19th century on her own.

Thompson is set to address the Kennedy Summer School in New Ross, County Wexford, between September 8 and 10.

He will also donate a copy of his book to the Kennedy Book and Research Archive at New Ross Library and will additionally speak at the school's history symposium.

"Everything about the legend of that family has been so focused on the men. But when you sort of peel back where it all began, it really started with this tenacious, widowed, entrepreneurial female, Bridget," Thompson said.

"And I think her role in establishing the Kennedy family in America, despite really steep odds, has been completely either forgotten or intentionally overlooked or just buried under the legend of the Kennedy men."

By the time Bridget died at the age of 67 in East Boston in 1888, she had made the Kennedys a wealthy family, with her son PJ - JFK's grandfather - becoming a Massachusetts Congressman and later a state senator.

Her grandson Joseph - JFK's father - was a teenager at the time of Bridget's death.

Thompson described Bridget as a woman who was both ambitious and determined.

"Bridget was a female business owner, and an Irish immigrant one to boot, at a time when that just didn't happen that often in the anti-immigrant parts of Boston."

The annual Kennedy Summer School is set to host a number of expert discussions and is billed as 'A Festival of Irish and American, History, Politics, and Culture.

There will be over 40 guest speakers participating with United States Ambassador to Ireland Claire Cronin set to officially open the event, the Irish American State Legislators’ Caucus will join a panel discussion, and Minister for Further Education Simon Harris will give the keynote address at this year’s Speakers Lunch.

Joe Kennedy III, the grandson of Robert F. Kennedy, will also be joining the event remotely.