Neal Thompson, a second-generation Irish-American, explores the roots of the Kennedy family in "The First Kennedys: The Humble Roots of An American Dynasty". 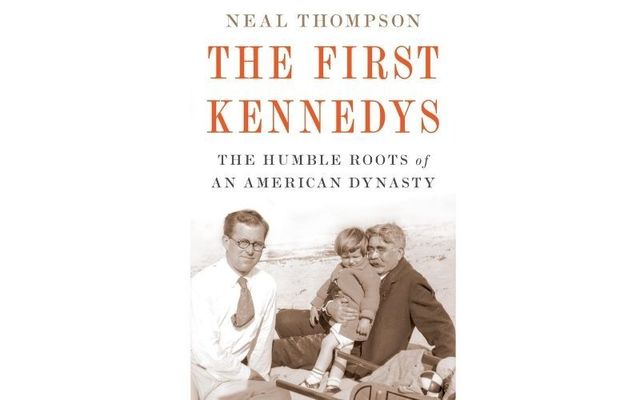 The cover of"The First Kennedys: The Humble Roots of An American Dynasty" by Neal Thompson.

An Irish-American author has released a new book studying the often-overlooked story of President John F. Kennedy's Irish great-grandmother Bridget Murphy, who arrived in the United States in the 1840s.

Neal Thompson, a second-generation Irish-American, explores the roots of the Kennedy family in "The First Kennedys: The Humble Roots of An American Dynasty".

The book focuses heavily on Bridget Murphy, who worked as a maid and married a barrel worker named Patrick Kennedy after arriving in the US.

The couple had five children together, but when Patrick died from tuberculosis in 1858, Bridget was forced to find work as a hairdresser. She later ran her own grocery story and rented out apartments whilst simultaneously raising the first five children of the Kennedy dynasty on her own.

Thompson, who has been working on the "First Kennedys" sporadically over the course of several decades, told Next Avenue that he drew inspiration from his family's experience.

Thompson's Irish grandmother was also called Bridget and worked as a maid after emigrating to the US.

Thompson said he was never "focused" on the Kennedys when he was growing up and said he decided to delve deeper into the family history following the tragic death of John F. Kennedy Jr. in a plane crash in 1999.

He told Next Avenue that he decided to publish the book after witnessing a rise in anti-immigrant sentiment in the run-up to the 2016 presidential election.

"I realized it's the same rhetoric, sometimes word for word, that Irish immigrants and really every immigrant class, has heard. I wanted to tell the prelude to the saga of Camelot, where it really, truly began for the Kennedys in America. I wanted to explore the contrast between the Kennedys of today and the Kennedys of the 1800s who were facing down chants of 'send them back.'"

He said he also wanted to give Bridget the credit she deserved for effectively raising the Kennedy family on her own.

"Even if they did mention their humble roots, which was rare, it was this male focus and no recognition that I was able to find of Bridget. But it all stems from her. The Kennedy family wouldn't have happened without her. It could have ended right there with her losing her husband and first son," Thomspon told Next Avenue.

"She deserves a ton of credit and is this missing historical figure. Even when JFK goes to Ireland in 1963 and gives a shout out to his great-grandfather the barrel maker coming to America, he doesn't mention her."

With scant information about Bridget and Patrick Kennedy, Thompson set about recreating Bridget's experience by studying letters to and from Irish maids working in the US at the same time.

He also studied the papers of her son PJ Kennedy to explore kind of life the first-generation Kennedys lived in the US.