Remembering Bram Stoker and his creation of one of the most iconic villains ever, Dracula. 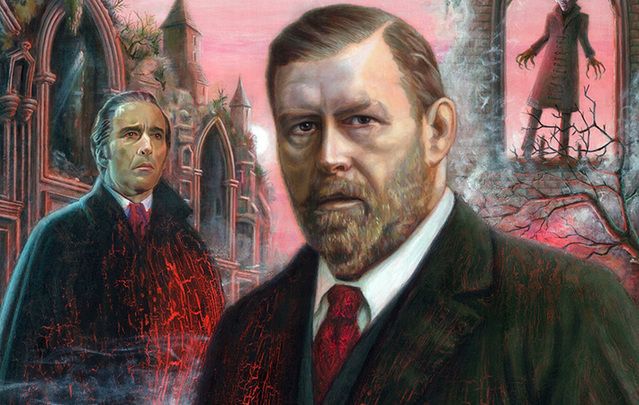 After suffering a number of strokes, Bram Stoker died at No. 26 St George's Square, London on 20 April 1912. This Dubliner remains one of the most well-known authors in the world.

Irish author Bram Stoker, who was born on Nov 8, 1847, goes down in history as the man who created one of the most famous evil villains our imaginations have ever known: Dracula.

Stoker's creation is one of the world's most iconic bloodsuckers and has inspired remake after remake of the tale, with every film and TV maker hoping to create the scariest version of the murderous, ancient Count from Transylvania.

However, no matter how many times the story is reworked Stoker always comes out on top, and the dark mind of the Irish writer, who is said to have drawn inspiration for the character from Irish folklore, is highly regarded for his unforgettable novel.

Luckily, we can find some insight into this mind as the private journal of Bram Stoker was discovered in 2011 in his great-grandson Noel Dobbs’ bookshelf in England. The journal contains 305 of Stoker’s own entries, varying in length.

“When I saw it, I was amazed. I thought, 'The Holy Grail! We've found it!',” said Professor Dacre Stoker of the discovery in his cousin’s home.

The journal would have gone unnoticed had an American researcher not contacted Dobbs looking for it. The thin journal was found on Dobbs’ bookshelf, unmarked, save for the name “Abraham Stoker” written on it.

Dobbs forwarded some photocopies of the journal to his cousin Dacre Stoker, a professor in South Carolina. Stoker used the photocopies to create a book detailing the more personal side of Bram Stoker’s life.

He noted how his cousin Dobbs remained “blasé” about the discovery. Dacre Stoker’s book, "The Lost Journal", was published in 2013 to commemorate the 100 years since the passing of Bram Stoker. Dacre himself, a native of Montreal, is the great-grandson of Bram Stoker’s youngest brother, Dr. George Stoker.

Dacre worked with other Bram Stoker scholars to annotate the journal which Stoker began keeping in 1871 when he was in his early twenties. He would continue the journal for a decade, with one of his last entries hinting at his now famous Count Dracula character.

It wasn’t until 1881 that Stoker first learned about "Vlad the Impaler," the major source of inspiration for his Count Dracula.

Bram Stoker was born in Clontarf, a neighborhood in north Dublin city and studied mathematics at Trinity College.

Before writing "Dracula" in 1897, he spent several years researching European folklore and mythological stories of vampires.

"Dracula" is an epistolary novel, written as a collection of realistic but completely fictional diary entries, telegrams, letters, ship's logs, and newspaper clippings, all of which added a level of detailed realism to his story.

When did Bram Stoker die?

Bram Stoker died on April 20, 1912, about twenty years before "Dracula" was made into an internationally popular film starring Bela Lugosi in the 1930s.

In his diary, Stoker apparently alludes to there being another diary somewhere, though no one seems to know the whereabouts of it.

“There's something else out there - that missing piece, this mystery diary,” Dacre Stoker said. “I'm dying to know where it is.”

Below, you can watch the 1931 trailer for the film adaptation of Stoker’s Dracula, starring Bela Lugosi: