Irish authors and writers you should know, from James Joyce to Oscar Wilde

Irish authors of the 19th and 20th centuries, as well as modern Irish authors, have created the greatest Irish works of all time. 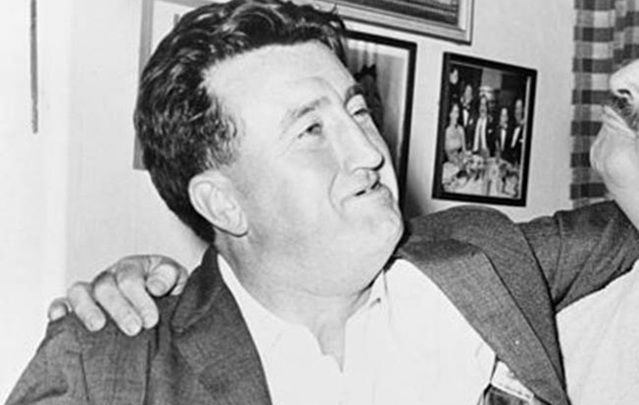 Irish authors are some of the best in the world, from James Joyce, the Irish author of "Ulysses," to the modern Irish authors who have recently made a name for themselves.

Ireland has produced some of the greatest authors and writers in literature throughout the 19th century and 20th century as well as some incredible modern Irish authors.

Writing in all different, varying styles, these masters have produced works about Ireland, society, culture, family relationships, and personal events that have greatly influenced Ireland and the rest of the world. Below is a list of ten top Irish authors, in alphabetical order. 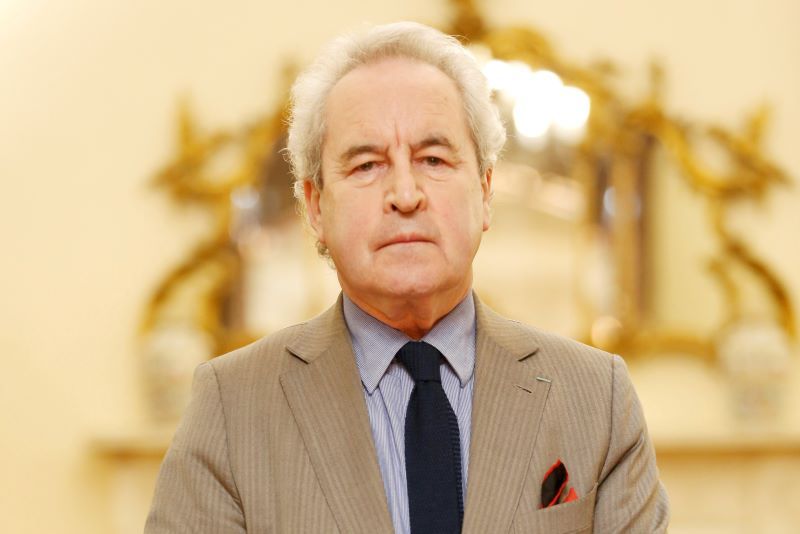 William John Banville, born in 1945, is best known for his dark humor and precise style, especially in the crime fiction novels that he writes under the pseudonym, Benjamin Black. Many consider his clear, unique writing to embody a mastery of the English language.

Banville was once a literary editor at the Irish Times and is currently a regular contributor to the "New York Review of Books." His most famous work, The Sea, is the journal of a retired art historian attempting to cope with the deaths of loved ones throughout his life. Aside from novels, Banville has also published various short stories and plays.

Notable Works: The Sea, The Book of Evidence

As Benjamin Black: Christine Falls, the Silver Swan, The Lemur, Elegy for April, A Death in Summer 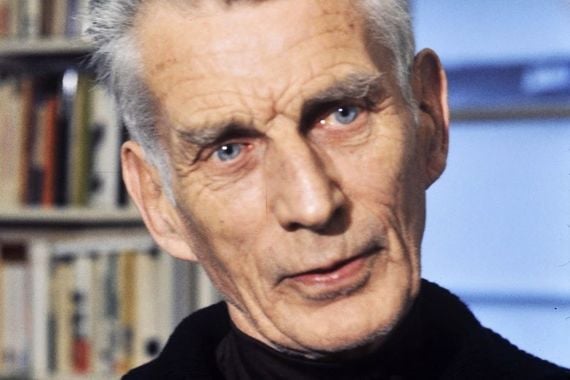 Samuel Barclay Beckett (1906-1989), along with James Joyce, is considered to be one of the most influential playwrights, poets, and novelists of the 20th century. Writing in both English and in French, his writing is known to express a bleak outlook on human life and culture while incorporating gallows humor and black comedy, meaning that he managed to bring out the humor in situations that are hopeless and problematic. Due to his lifetime of achievements, he was elected Saoi of Aosdána, an Irish association of artists created by writers.

Brendan Francis Behan was a Dublin-born poet, playwright, and novelist whose works were written in both Irish and English. In addition, Behan also volunteered for the IRA (Irish Republican Army), and his writing thereafter was greatly influenced by the subsequent crimes and prison sentences he was dealt with. Upon reflecting on his experiences in the Borstal (youth correctional) institution after being sent there for possessing explosives, he wrote his autobiography, entitled Borstal Boy.

Later, he was sentenced to 14 more years in prison for the attempted murders of two detectives, which he wrote about in Confessions of an Irish Rebel. Behan struggled with alcoholism throughout his life, spending most of his time in pubs. He ultimately died after collapsing in a bar at age 41. 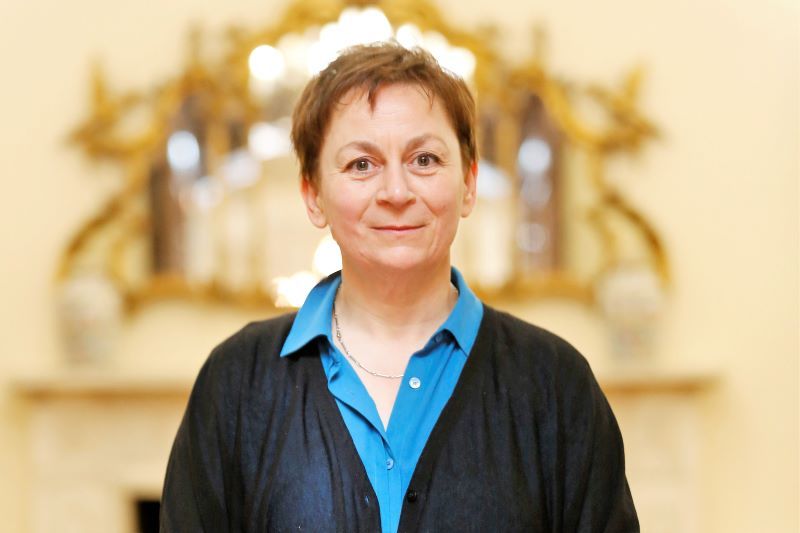 Pulitzer-prize winner Anne Enright (born 1962) is famous for her novels, short stories, and essay collections about familial relationships, love, sex, and Ireland’s culture and the obstacles the country has overcome. Says Assistant Professor Claire Bracken, “Anne Enright is one of the most important Irish writers of the contemporary period, whose work is notable for its literary experimentation, wry humor, and  piercing intellectual insight."

Her first novel, The Wig My Father Wore, is about a girl who works for a game show in Dublin, the angel she falls in love with, and her father who wears a wig that cannot be spoken about in his presence. The Gathering, perhaps her most famous novel, is about a woman named Veronica, who upon her alcoholic brother Liam’s suicide, attempts to look through her family’s troubled history in order to make sense of his death.

James Augustine Aloysius Joyce, born in 1882 and died in 1941, is considered to be one of the most influential writers of the early 20th century. He is best known as the Irish author of Ulysses, and is, according to Bracken, an “incredible literary work that manages to incorporate a myriad of styles in such a way that creates (in my opinion) the most original piece of writing ever produced.” The novel took him seven years to write and is noted for its stream of consciousness technique, amongst countless others.

Joyce also authored Dubliners, a collection of 15 short stories that depicted middle-class Irish life in the early 1900s. Bloomsday is the day celebrated annually on June 16th dedicated to Joyce; it is the very day in which the events of Ulysses take place, and many also believe that it is also the day that Joyce had his first date with his future wife, Nora Barnacle.

Notable works: Ulysses, A Portrait of an Artist as a Young Man, Finnegan’s Wake, Dubliners

Throughout his career, John McGahern wrote only six novels, and they're said to document his own life as proven in his autobiography entitled All Will Be Well: a Memoir. McGahern was at first a  primary school teacher but was fired due to the controversy over his novel The Dark. The book was banned in Ireland due to the implication of incest and overall pornographic content.  His first novel, The Barracks, took place in the same place where McGahern grew up and The Dark is said to document the author's relationship with his own father.

His best-known novel, Amongst Women, tells the story of an IRA veteran and the influence that has changed, now hardened personality has on his family, as is said to be a good example of the changes in the personality of any veteran. McGahern also was a writer of short stories, in addition to finishing his career as a professor at various universities across the world.

Notable Works: Amongst Women, The Dark

Although one of his most famous works was recognized after his death, today Brian O’Nolan (writing under the pseudonym Flann O’Brien) is considered to be a master of metafiction and satire. O’Brien specialized in writing his works in a confusing, out-of-this-world manner, as a way to rebel against the Irish society he believed to be a bit too uptight. Although O’Brien wrote short stories, essays, Letters to the Editors, and had many columns for the Irish Times under the pseudonym Myles na gCopaleen, he was most famous for At Swim Two Birds and The Third Policeman (published post humorously) and the bizarre humor that accompanied the works.

His character choice is notable and equally as bizarre; he is said to have borrowed characters from folklores and legends for At Swim Two Birds, and the characters in The Third Policeman consist of a murderer in a new dimension/hellish world and two policemen who are enthralled by a philosopher and his atomic theory on bicycles. 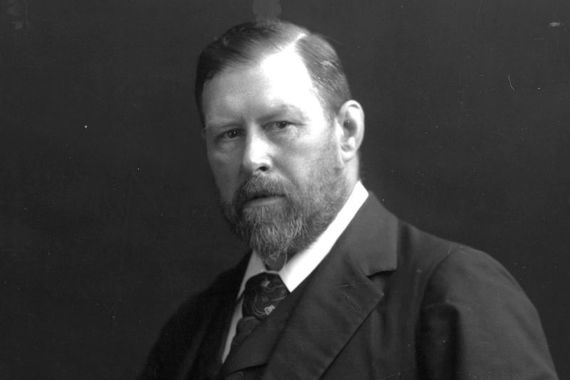 Abraham Stoker (1847-1912) was a novelist and short story writer best known for his Gothic thriller, Dracula (1897). Dracula is amongst the best selling books of all time (after the Bible) and had influenced over 1,000 vampire-based films throughout the world. The book’s Irish connection is undeniable. In Gaelic, the phrase “Droch Ola” (think: Dracula) means bad blood. Stoker spent years researching mythical stories of vampires before writing the novel in an epistolary style, as letters, diary entries, telegrams, ships’ logs, and newspaper clippings.

The original, 541-page manuscript was found in a barn in Pennsylvania during the 1980s after it was believed to be lost. The original title was “The Un-Dead.” Although Stoker was bedridden and not able to walk until age 7, he later excelled as an athlete at Trinity College, Dublin. He was also a co-founder of the Dublin Sketching Club in 1874.

Notable Work: Dracula, The Duties of Clerks of Petty Sessions in Ireland 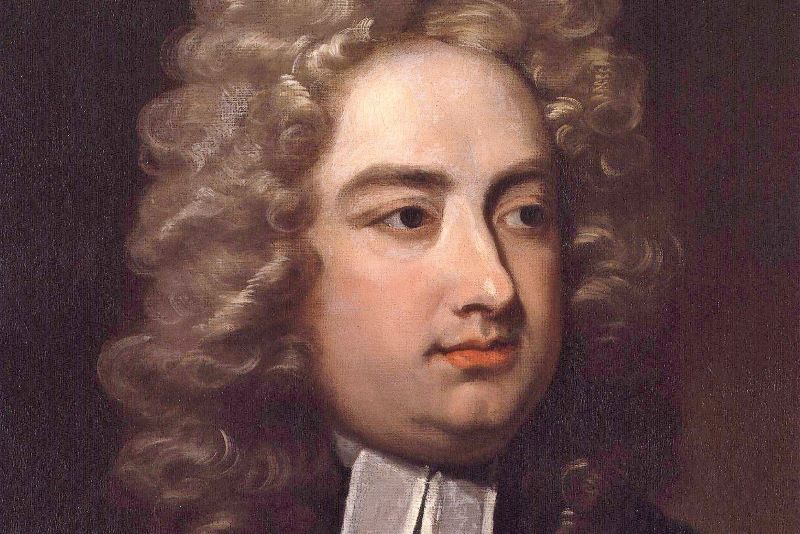 Like O’Brien, Swift, too, wrote in a very particular, satirist manner; every word Swift picked was chosen to express the opinionated sarcasm in his works. In A Modest Proposal, for example, Swift suggests that the Irish people start eating their own babies to curb the famine; the sarcasm there is hard to miss. “His own style was colloquial, bold, terse, intense, often concealing rage and indignation beneath mild-sounding irony, fiercely comic, yet subtle, at times crude and obscene, lyrical, playful, and liable at any moment to launch into flights of self-consciously mad hyperbole,” explains Professor Peter Heinegg.

Tale of a Tub was Swift’s first major published work in 1704; It’s divided into three different “digressions” and a tale of three brothers, which stand for the three main branches of Christianity. Gulliver’s Travels, the story for which he is best known for, tells the story of a shipwrecked man who encounters different species of people every place he goes to. Each group of people represents a part of society that Swift didn’t like: politicians, religious fanatics, etc.

Notable Works: Gulliver’s Travels, Tale of a Tub, A Modest Proposal, A Journal to Stella, Drapier’s Letters, An Argument Against Abolishing Christianity, Verses on the Death of Dr. Swift 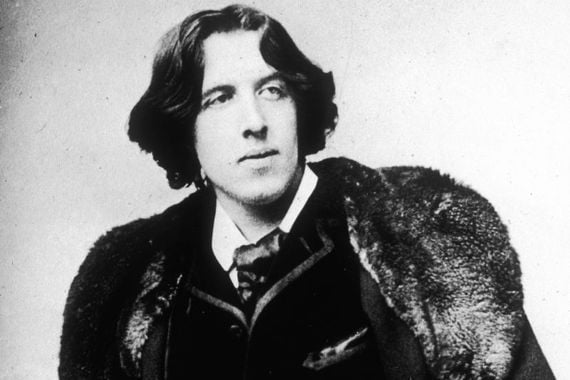 Wilde’s short stories, plays, and poems truly embody "rich and dramatic portrayals of the human condition." Perhaps getting the creative bug from his mother, who wrote revolutionary poems for a local Irish newspaper, Wilde excelled in literature and arts all throughout his schooling. After he met his wife Constance Lloyd and had a family, his creativity peaked and he published most of his most famous works: A Woman of No Importance, An Ideal Husband, The Importance of Being Earnest, along with various other children’s stories.

Although he was still married, Oscar met Lord Alfred “Bosie Douglas” in 1891 and the two became lovers for four years until Wilde was arrested and convicted of gross indecency. He was sentenced to two years of hard labor and fully recovered. After publishing “The Ballad of Reading Gaol” describing his agonizing prison experiences, Wilde lost his creative spark and died in 1900 from meningitis.

Notable Works: The Picture of Dorian Gray, The Importance of Being Earnest (play), Poems, The Happy Prince and Other Tales (children’s book), A Woman of No Importance (play)