On This Day: Irish humorist Flann O’Brien died in Dublin

Flann O'Brien, whose real name was Brian O'Nolan, was a major figurehead of Irish literature. We celebrate this literary giant with some of his best quotes. 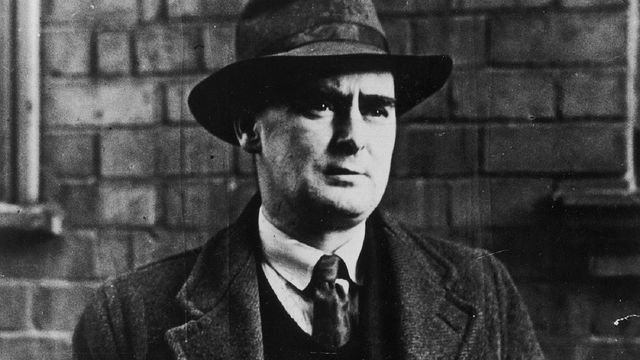 Flann O'Brien was a major figurehead of Irish literature as a novelist, playwright, and satirist, widely followed for his bizarre, dark humor, and modernist/postmodern metafiction.

To celebrate the life of Flann O'Brien, here are some of our favorite quotes attributed to him:

1. “Is it life? I would rather be without it. For there is queer small utility in it. You cannot eat it or drink it or smoke it in your pipe.”

2. “The majority of the members of the Irish parliament are professional politicians, in the sense that otherwise they would not be given jobs minding mice at crossroads.”

4. “When I want to read anything, however, I usually write it meself.”

5. “Remember that I too was Irish. Today I am cured. I am no longer Irish. I am merely a person. I cured myself after many years of suffering.”

6. “Having considered the matter in, of course, all its aspects, I have decided that there is no excuse for poetry.”

7. “It only occurred to me the other day that I will have biographers... All sorts of English persons writing books "interpreting" me.”

8. “I am completely half afraid to think.” -From his novel, The Third Policeman

9. “It cannot too often be pointed out that women are people.”

10. “In Boston he met a pretty lady, fat and forty, but beautiful with the bloom of cash and collateral.”