Where the Black Irish really came from and no, it wasn’t the Spanish Armada

Who were the black Irish? I can explain but first let me reiterate -- they didn’t come from the Spanish Armada. That’s fake news. 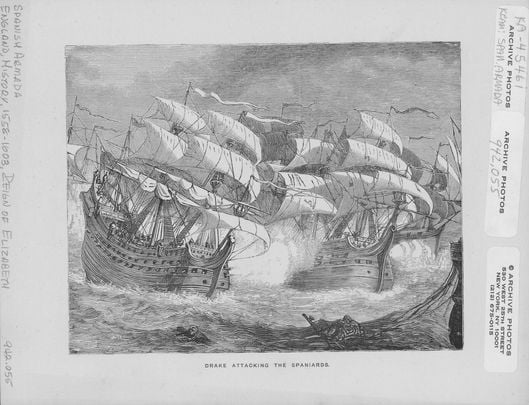 Engraving depicting Francis Drake attacking the Spaniards in the Spanish Armada, during the reign of Queen Elizabeth I, 1588. Kean Collection/Archive Photos/Getty

Let’s end the fake news on where the Black Irish came from. Many claim they are from the Spanish Armada -- the offspring of shipwrecked Spanish sailors from 1588 who stayed in Ireland -- but the truth is much more interesting.

I can explain but first let me reiterate -- they didn’t come from the Spanish Armada. That’s fake news.

How do we know? Because there are actual accounts by eyewitnesses about what happened in September 1588 when the shipwrecked sailors, fleeing a massive naval defeat and a horrendous storm, pitched up on West of Ireland beaches.

Far from welcoming colleens, there were English garrison troops waiting and they were merciless. There was an especially horrible end to nearly 1,100 Armada survivors who wrecked in Sligo’s Streedagh Bay, according to the testimony of a surviving Armada officer.

Captain Francisco de Cuellar later wrote that, as a survivor, he found: “the land and shore were full of enemies, who went dancing with delight at our misfortune; and when any one of our people reached the beach, two hundred savages and other enemies fell upon him and stripped him of what he had.”

De Cuellar stated some Irish clans protected them. According to Cuellar, they were: “ the O’Rourke of Breifne, McClancy of Rosclogher and Redmond O’Gallagher of Derry.” They managed to save lives and send many of the Spaniards secretly back to Spain. As for the others, there was no reprieve, they were brutally butchered after being stripped naked. 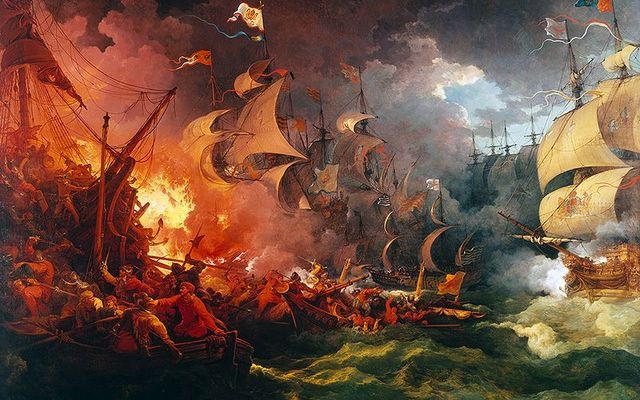 So the Armada story is untrue.

So too is the idea that certain tribes of the Celts were dark-complexioned because every contemporary description of them describes them as red-haired, blue-eyed, fair-skinned people The Roman historians especially found Celtic women to be blond and warlike

"The women of the Celtic tribes are bigger and stronger than our Roman women. This is most likely due to their natures as well as their peculiar fondness for all things martial and robust. The flaxen-haired maidens of the north are trained in sports and war while our gentle ladies are content to do their womanly duties and thus are less powerful than most young girls from Gaul and the hinterlands."  -- Marcus Borealis

So we come to the crux of the matter. How come there are so many dark-haired, dark-complexioned Irish?

It’s relatively simple. The Spanish, Portuguese, and other countries in Europe, not to mention those from African countries, traded heavily with Ireland and there were constant expeditions back and forth work and ultimately intertwined families. Strong bonds were created.

For close to 500 years that trade path stayed open. Many a Spanish trader and Irish lass became embroiled in love and marriage, expand that across five centuries and that’s a whole lotta loving going on!

More proof? Black Irish tend to be from the West Coast and North West Ireland which is where the trading went on. And there, my friends, you have the truth of the matter.

(Thanks to Mike McCormick of the AOH whose 2016 article on this topic was a great research job.)