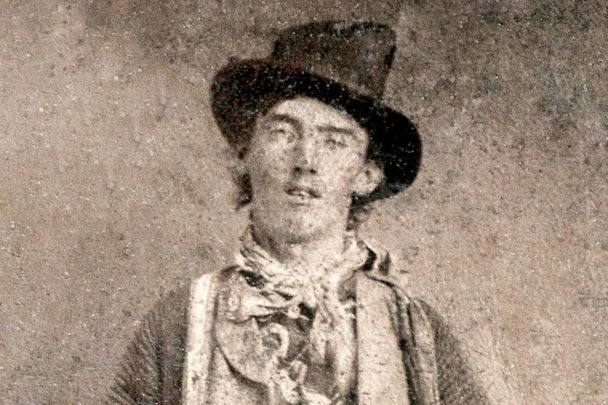 Billy the Kid, one of America’s most infamous outlaws, may have acted as a translator for Irish immigrants.

Chuck Usmar, a noted Billy the Kid expert, believes he has found evidence that proves the notorious criminal could speak Irish, a useful skill to have in the Wild West, it seems, as he helped other Irish immigrants make themselves understood.

Billy the Kid is believed to have been born in an Irish neighborhood in New York City in 1859 to Irish immigrant Catherine (née Devine) and her husband Patrick McCarty. While he was baptized as Patrick Henry McCarthy, Billy the Kid sometimes went by the pseudonym William H. Bonney.

After the death of her husband, Catherine moved her and her young sons to Indianapolis, Indiana, where she met William Henry Harrison Antrim. Along with Antrim, the McCartys then moved to Kansas and later to New Mexico. There, Catherine married Antrim. However, shortly before Catherine died of tuberculosis in 1874, Antrim had abandoned the family, leaving Billy the Kid and his younger brother Joseph orphaned.

At 16 years old, Billy the Kid was arrested for the first time, beginning his descent into criminality. He fled from town to town and earned the moniker Billy the Kid due to his short stature and his age.

In the 1870s, still only in his teens or early 20s, he became the most notorious member of the Regulators, the outlaws organized to protect the cattle business of Englishman John Tunstall.

The Kid also sold cattle for Irish man Pat Coghlan, who owned the Three Rivers Ranch in New Mexico. Coghlan was born in Co Cork in 1822, and by 1874, he had made his way to New Mexico, where he secured a government contract to sell beef to Fort Stanton.

One of Coghlan's employees, Clark Hust, gave an interview in 1954 in which he recalled Coghlan's Irish niece Mary visiting the ranch.

Usmar wrote in True West Magazine in 2015 that Mary "did not speak English, and thus she could communicate only with the Coghlans…and Billy the Kid.

"The Kid acted as a translator between the niece and the ranch hands, including Hust."

Usmar says that newspaper reports from the time mention a niece of Coghlan's coming to visit and, in his will, Coghlan left the ranch to a nephew and two nieces, one of whom was named Mary.

Coghlan’s niece certainly seems to have existed, but whether she is absolute proof that Billy the Kid was an Irish speaker is another story. 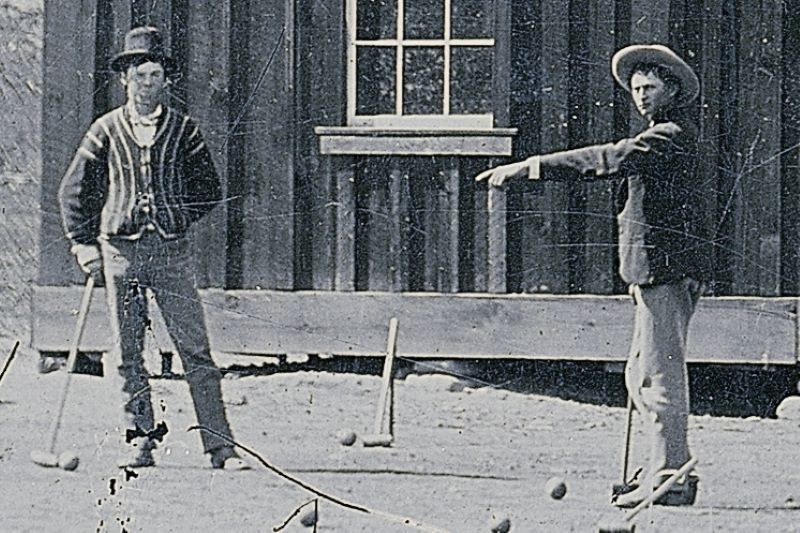 A detail from a 4×5-inch photo depicting Billy the Kid, left, playing croquet in New Mexico in 1878. (Public Domain)

Legend has it that Billy the Kid killed as many as 21 men, one for every year of his short life, although historians believe the actual figure was most likely between six and nine. McCarty is said to have killed for the first time when he was 17, although he could have been even younger as the exact year of his birth is uncertain.

In 2010, Governor of New Mexico Bill Richardson seemed prepared to pardon Billy the Kid, but at the last moment opted not to.

"It was a very close call," he said on his last day in office, December 31, 2010. "I've been working on this for eight years. The romanticism appealed to me to issue a pardon, but the facts and the evidence did not support it and I've got to be responsible especially when a governor is issuing pardons."

More recently, the outlaw is the focus of "Billy the Kid" on EPIX in the US. The 2022 series is described as "an epic romantic adventure series based on the life of famous American outlaw Billy the Kid — from his humble Irish roots, to his early days as a cowboy and gunslinger in the American frontier, to his pivotal role in the Lincoln County War and beyond."