On May 21, 1932, the record-breaking pilot, Amelia Earhart, landed in Ireland and stole one Donegal family's heart. 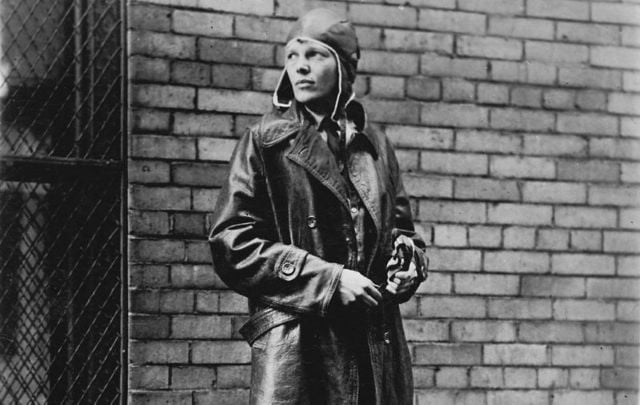 Each year on July 24, National Amelia Earhart Day honors the achievements of the famous and celebrated pilot on the date of her birth. Did you know on May 21, 1932, the record-breaking pilot landed in Ireland and stole one Donegal family's heart.

On May 21, in 1932, Amelia Earhart became the first woman to fly solo, non-stop across the Atlantic Ocean landing in Donegal.

The feat had been famously achieved by Charles Lindberg, five years previously, when he flew from New York to Paris.

Earhart, from Atchison, Kansas, took off at 10:51 pm (Irish time) from Harbour Grace, in Newfoundland, on May 20. Her destination was to be Paris but her flight was disrupted by a petrol leak which forced her to land in Ireland.

According to the Irish Press Earhart landed “in a small field on the side of a hill overlooked by the Donegal Mountains, near Derry” at 2 pm on Saturday, May 21.

The local newspapers at the time commented that as the people in the surrounding area rushed to see what the commotion was and to greet the pilot they said that Earhart did not look tired.

The owner of the field, a Mr. Gallagher, drove Earhart to the city so that she could make a telephone call to her husband. Earhart spent the night with the Gallagher family in Springfield, Donegal.

The Sunday Independent remarked that Earhart, on that day, had broken three world records – she was the first woman to cross the Atlantic, she held the longest ocean flight (15 hours) and she became the first person to fly the Atlantic twice.

Following her adventure, Earhart was rewarded for her bravery and determination. She received the American Distinguished Flying Cross, awarded to her by President Hoover. The American Senate had to pass a special Bill to authorize the award which recognized her solo flight across the Atlantic.

Throughout her career, Earhart continued to break records. In 1935 Earhart became the first aviator to fly solo from Honolulu, Hawaii to Oakland, California. And between 1930 and 1935, Earhart had set seven women's speed and distance aviation records in a variety of aircraft including the Kinner Airster, Lockheed Vega, and Pitcairn Autogiro.

Sadly, however, in 1937 Earhart had moved onto a new challenge to circumnavigate the globe. On July 2, accompanied by her Irish American navigator Fred Noonan, Earhart’s plane went down over the central Pacific Ocean, near Howland Island. To this day her life and her disappearance continue to fascinate.