Take a peek inside 14 Henrietta Street, the Dublin museum dedicated to exploring the city's social history. 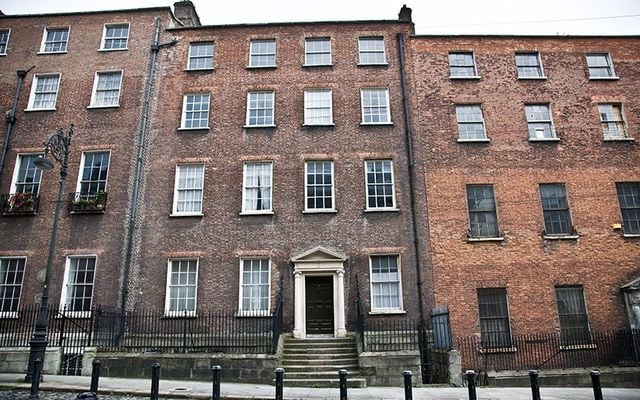 The exterior of 14 Henrietta Street, the tenement museum. 14henriettastreet.ie

Take a peek inside 14 Henrietta Street, the Dublin museum dedicated to exploring the city's social history.

A former tenement house in Dublin City has been opened to the public as a museum.

Number 14 Henrietta Street was once a grand townhouse for the creme de la creme of Georgian society in the 1750s but centuries later, it was housing over 100 people as a tenement building. The building only ceased to be a tenement in the 1970s.

Thank you @dublinmydarling for this lovely Instagram Story of your visit!

Now open as a museum, the site shows the realities of living in such conditions. The Irish Independent writes that there are nails sticking from the walls, evidently where somebody once hung their washing line or overcoats. There is also a hand-written notice in the hallway, warning against tampering with “anny ting” (sic).

The historic 18th-century building has been salvaged from rot by Dublin City Council, who reportedly invested $5.2 million (€4.5 million) into the conservation project.

The endeavor also took ten years, with experts paying particular detail to reproduce everything from wallpapers to furniture, and curating authentic artifacts.

There are now guided tours of the property - taking visitors through the building's history from home of the upper-class nobility to the derelict dwelling of the city's working class.

Dr. Ellen Rowley of UCD’s School of Architecture, Planning and Environmental Policy, who was a consulting curator on the project called the project a "museum of memory."

“No. 14 is the first time we’ve had a chance to really explore the history of the urban so-called working classes. The unique thing about Dublin’s tenements was that they were framed in these most glorious neoclassical spaces."

According to Lonely Planet, the house has already scooped awards including Best Conservation/Restoration Project at the Irish Architecture Awards, who described it as a "gift to the city of Dublin."

Lead architect Gráinne Shaffrey said the decade-long effort had been, “primarily about telling the story of a remarkable building in a remarkable street which has much wider resonance and meaning.”