Henrietta Street tenements and the Little Museum of Dublin (VIDEOS) 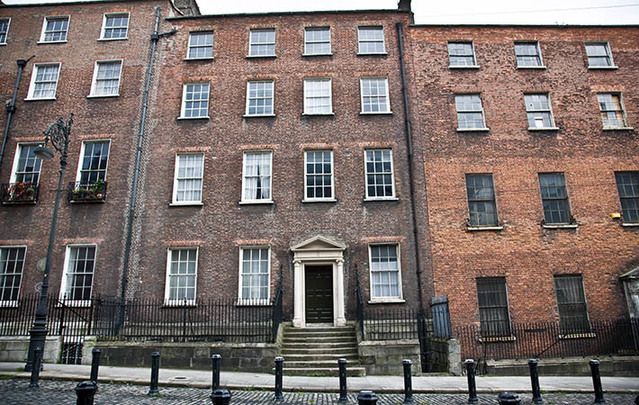 This week’s topic is Henrietta Street, in the north Dublin city center, home to the Tenement Museum.

As Prof. Harrington explained, in the 1911 Census of Dublin we can see that there are 15 house built on Henrietta Street, just off Bolton Street, in Dublin 1. However, 835 people called this street home in cramped and squalid tenements.

Here’s some more insight into the living conditions on Henrietta Street at the time:

The street was first developed by Luke Gardiner during the 1720s. A very wide street relative to streets in other 18th century cities, it includes a number of very large red-brick city palaces of Georgian design. Construction was still taking place in the 1750s.

The street was popularly referred to as Primate's Hill, as one of the houses was owned by the Archbishop of Armagh, although this house, along with two others, was demolished to make way for the Law Library of King's Inns.

The street fell into disrepair during the 19th and 20th centuries, with the houses being used as tenements, but has been the subject of restoration efforts in recent years. There are currently 13 houses on the street.

It is also a popular period location for film and TV companies and productions such as “Albert Nobbs,” “Inspector George Gently,” and “Foyle's War” have filmed there.

Speaking about the series of clips Museum Director Wissame Cherfi explained that “The idea was to create a series of videos that are fun and informative. I’ve always thought that the best way to learn and remember something is to have fun while doing it. We also wanted the films to be accessible to a broad audience, reaching young and old alike.”