Controversy abounds about how much (or how little) the successive British governments did to stop the Great Hunger. 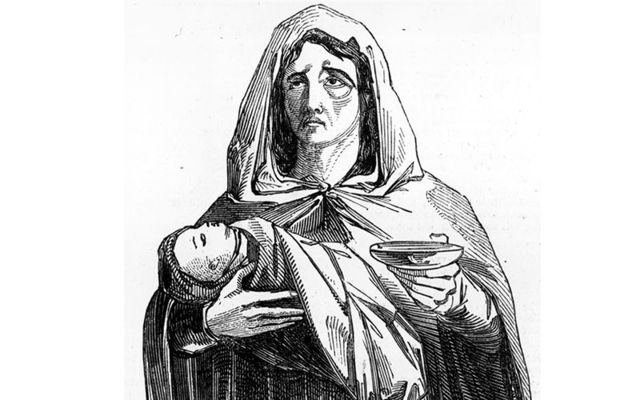 On the question of genocide, this is what author and historian Ruth Dudley Edwards has written: “So here's the simple truth. The British government handled the catastrophe incompetently, and for doctrinaire but not ill-intentioned reasons changed policy to non-interference after two years, but there was no deliberate cruelty and no intention to kill anyone.”

“Whoever travels this country and observes the face of nature, or the faces and habits and dwel The land in Ireland is infinitely more peopled than in England; and to give full effect to the natural resources of the country, a great part of the population should be swept from the soil.” (Thomas Malthus)

“The real evil with which we have to contend is not the physical evil of the Famine but the moral evil of the selfish, perverse and turbulent character of the people.” (Charles Trevelyan)

“For our parts, we regard the potato blight as a blessing. When the Celts once cease to be potato eaters, they must become carnivorous. With the taste of meats will grow the appetite for them; with the appetite, the readiness to earn them. With this will come steadiness, regularity, and perseverance; unless, indeed, the growth of these qualities be impeded by the blindness of Irish patriotism, short-sighted indifference of petty landlords, or the random recklessness of Government benevolence.” (The Times, September 1846)

“If there be a market to attend, a fair or a funeral, a horse race, a fight or a wedding, all else is neglected and forgotten.” (George Nicholls, English Poor Law Commissioner, 1837)

“There is such a tendency to exaggeration and inaccuracy in Irish reports that delay in acting on them is always desirable.” (Sir Robert Peel, Prime Minister, October 1845).

“Rotten potatoes and sea-weed, or even grass, properly mixed, afforded a very wholesome and nutritious food. All knew that Irishmen could live upon anything and there was plenty of grass in the field though the potato crop should fail.” (The Duke Of Cambridge, January 1846)

“What the devil do we care about you or your black potatoes? It was not us that made them black. You will get two days to pay the rent, and if you don’t you know the consequences.” (Bailiff’s reply to tenants, quoted in the Freeman’s Journal, April 1846)

“The only way to prevent the people from becoming habitually dependent on Government is to bring the food depots to a close. The uncertainty about the new crop only makes it more necessary.” (Charles Trevelyan to Sir Randolph Routh, July 1847)

“If the people are forced to consume their oats and other grain, where is the rent to come from?” (Captain Percival to Charles Trevelyan, Westport, County Mayo, August 1846)

“If the Government were to apply the resources of the Treasury for the purchase of food in foreign countries, and that food were afterwards to be sold by retail at a low rate, it is evident that all trade would be disturbed.” (Lord John Russell in the House of Commons, August 1846)

“As Popery is idolatrous any treaty with it must be opposed to God’s will, and call down his wrath upon those nations who have commerce with it: more particularly upon nations like Ireland wherein its hideous deformities are most signally manifested.” (The Rev. Edward Nangle, in The Achill Missionary Herald, County Mayo, August 1846)

“A want of food and employment is a calamity sent by providence; except through a purgatory of misery and starvation, I cannot see how Ireland is to emerge into a state of anything approaching to quiet and prosperity.” (Charles Wood, August 1846)

“The government does not propose to buy up provisions this year as was done by them last year, lest it would interfere with men in trade. The lives of the people are to be looked upon as things less sacred than the interests of the ‘men in trade.’” (The Waterford Freeman, August 1846)

“The great evil with which we have to contend is not the physical evil of the famine, but the moral evil of the selfish, perverse and turbulent character of the people.” (Charles Trevelyan, December 1846)

“What has brought them, in great measure at least, to their present state of helplessness? Their habit of depending on government. What are we trying to do now? To force them upon their own resources. Of course they mismanage matters very much.” (Sir Charles Wood, December 1846)

“We attach the highest public importance to the strict observance of our pledge not to send orders abroad, which would come into competition with our merchants and upset all their calculations; these principles must be kept in view in reference to what is now going on in Skibbereen. For a numerous people like the Irish to be fed from foreign countries is a thing unheard of.”(Charles Trevelyan, December 1846)

“We copy the evidence of Thomas Burroughs, M.D.: Examined the body of Thomas McManus; both of the legs, as far as the buttocks, appeared to have been eaten off by a pig; is of the opinion that his death was caused by hunger and cold. There was not a particle of food found in the deceased stomach or intestines. Those who saw the body were of opinion, from the agonized expression of McManus’s countenance, that he was alive when the pig attacked him.” (The Sligo Champion, January 1847)

“However serious and painful it may be, it is indispensable that the prices at our depots should keep pace with the Cork prices…or else mercantile supplies will cease to sent to at least one half of Ireland.” (Charles Trevelyan, January 1847)

“God is angry with this land. The potatoes would not have rotted unless He sent the rot into them…God is good, and because He is, He never sends a scourge upon His creatures unless they deserve it – but he is so good that He often punishes people in mercy, when he sees them going in a bad way He chastises them.” (The Rev. Edward Nangle, in the Achill Missionary Herald, February 1847) 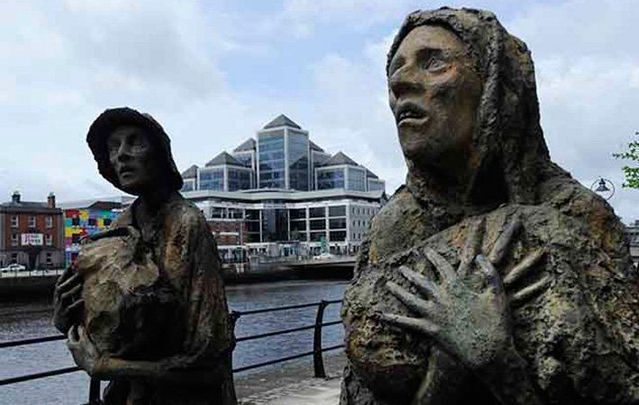 “The time will come when we shall know what the amount of mortality has been; and though you may groan, and try to keep the truth down, it shall be known, and the time will come when the public and the world will be able to estimate, at its proper value, your management of the affairs of Ireland.”(Lord Bentinck, in the House of Commons, 1847)

“It is my opinion that too much has been done for the people. Under such treatment the people have grown worse instead of better, and we must now try
what independent exertion can do.” (Charles Trevelyan, 1847)

“The real difficulty lies with the people themselves. They are always in the mud…their idleness and helplessness can hardly be believed.” (Lord Clarendon, September 1847)

“I have always felt a certain horror of political economists since I heard one of them say he feared the famine of 1848 in Ireland would not kill more than a million people, and that would scarcely be enough to do any good.” (Benjamin Jowett, referring to Nassau Senior, economic adviser, 1848)

“It is true that the potato has failed in Connaught and Munster; but it has failed just as much in Ulster; therefore, if the failure of the potato has produced all the distress in the South and West, why has it not caused the same misery here? It is because we are a painstaking, industrious, laborious people, who desire to work and pay our just debt, and the blessing of the Almighty is upon our labour. If the people of the South had been equally industrious with those of the North, they would not have so much misery among them.” (Newry Telegraph, March 1849)

“…we feel it will be gratifying to your Excellency to find that although the population has been diminished in so remarkable a manner by famine, disease and emigration between 1841 and 1851, and has been since decreasing, the results of the Irish census of 1851 are, on the whole, satisfactory, demonstrating as they do the general advancement of the country.” (The Census of Ireland for the Year 1851)

“The greater the numbers who emigrate in any one year, the larger the amount of funds received in Ireland in the next, to enable friends and relatives to follow to the land of plenty and independence. The potato failure is thus working a mighty revolution. This mighty emigration pays for itself. It seeks no aid from the public purse, but it should be remembered that it establishes itself in regions that owe no fealty to the Crown of England.” (The Illustrated London News, April 1852)

Read More: Brexit and a Famine ship disaster — strong lessons to be learnt

“If this [exodus] goes on, as it is likely to go on…the United States will become very Irish...So an Ireland there will still be, but on a colossal scale, and in a new world. We must gird our loins to encounter the Nemesis of seven centuries’ misgovernment. To the end of time a hundred million spread over the largest habitable area in the world, and, confronting us everywhere by sea and land, will remember that their forefathers paid tithe to the Protestant clergy, rent to absentee landlords, and a forced obedience to the laws which these had made.” (The Times, quoted in The Nation, May 1860)

“A million and a half men, women and children were carefully, prudently and peacefully slain by the English Government. They died of hunger in the midst of abundance which their own hands created; and it is quite immaterial to distinguish those who perished in the agonies of famine itself from those who died of typhus fever, which in Ireland is always caused by famine...The Almighty, indeed, sent the potato blight, but the English created the Famine.” (John Mitchel in 1861)