Within 24 hours of posting her request on Facebook, the public had tracked down the current homeowner and put them in touch. 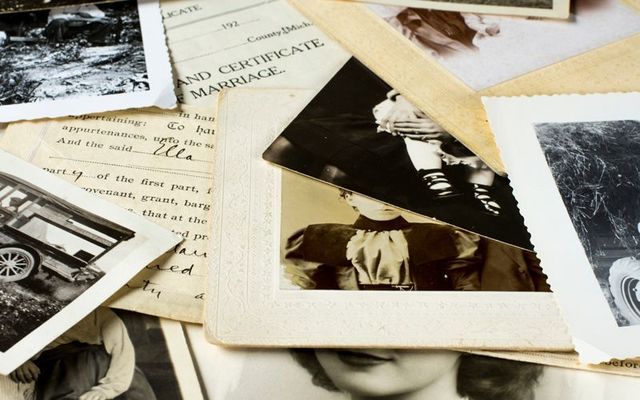 Family tree hunt: "Within 24 hours of reaching out, Reilly had found out where her nan's home is located and had even spoken to the house's current owner." Getty

Kate Reilly reached out on Facebook with just an aerial photo of her nan's home from the 1960s. Within a day, the public had unearthed her ancestral home as well as her family history.

Kate Reilly posted on Love Ireland's Facebook page in September 2021 trying to locate her grandmother's "homestead" in County Cork, although all she had to go by was an old aerial shot of the home.

"Her parents and immediate family remained at the homestead until at least the 1960s (I believe) when the pic was taken," Kate said.

"I know it's a long shot but I would love to know exactly where it is."

Within 24 hours of reaching out, Reilly had found out where her nan's home is located and had even spoken to the house's current owner, thanks to the kindness and local knowledge of the internet community, CorkBeo reported.

Reilly was prepared to trawl through records to search for clues about her ancestral home in Cork but the Internet prevailed.  She has already spent hours speaking with the house's current owner, Dwayne O'Connor, trying to piece together their family histories.

The New York's search for details of her family history was spurred on as she tried to trace her family tree, following the death of her father.

O'Connor was shocked when he received a text from his friend with a screengrab of the post announced that his home was famous. Once he made contact with Reilly he sent her a video of the family home.

She told CorkBeo "At first I was a little skeptical because people had sent me so many photos of houses - and I mean what are the chances of tracking down one little house in a field that could be anywhere in Munster.

"But then Dwayne sent me a video of the house from the outside and showed me that the outbuildings and the angle of the road were the exact same, and gave me a video tour of his home - we were able to confirm that, astonishingly, it is the same house."

The house is located in Killmollock, on the Limerick border, in north Cork.

Her grandmother, Katherine, emigrated to the United States, through Ellis Island, in 1928. In New York, she met a Limerick man, Thomas Joseph Reilly, who she married.

Reilly was born in 1901 and according to his granddaughter was an Irish Republican Army volunteer. He had emigrated to the United States when he was young.

Katherine worked as a cleaner in office buildings in Brooklyn for most of her life.

His granddaughter said, "She was a strong woman, I'm so interested in tracing her Cork roots and I hope to visit and meet living relatives when I can."

From speaking with O'Connor, Reilly discovered that photographed house was not her grandmother's home but that of relatives who she lived with or could have worked for.

Reilly found out that her great-grandmother, Mary English, was the second wife of John O'Connor. His first wife had died in childbirth, aged 37.

"Later he married Mary English and they had my mother and a bunch of other kids. I'm going to have to make a spreadsheet to keep track of all of this!" Reilly said.

Reflecting on her grandmother's life, moving from north Cork to Brooklyn in the 1920s, Reilly said "It must have been a huge culture shock, stepping into a completely different way of life."