Mad Max actor, Mel Gibson's Irish connections date back to the Irish Famine, while his mother was born in County Longford. 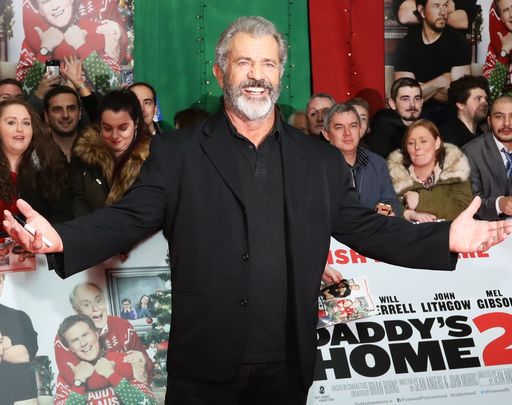 Mel Gibson photographed at the premiere of Daddy's Home, in 2017. RollingNews

Mad Max actor, Mel Gibson's Irish roots date back to the Irish Famine, while his mother was born in County Longford.

Mel Gibson's Irish roots run very deep indeed. In fact, the Irish Australian actor, known for movies like Braveheart, Lethal Weapon, and Mad Max,  has links to Ireland on both his mother and father's side.

Gibson's mother, Anne Patricia Reilly, was born in Ardagh in County Longford. In fact, Mel is named after St. Mel's Cathedral, the fifth-century Irish saint, and founder of Gibson's mother's local native diocese, Ardagh. While his middle name, Colmcille, is the name the Catholic diocese of Ardagh.

The Hollywood star is lucky enough to have dual Irish Australian citizenship due to his mother's birthright. 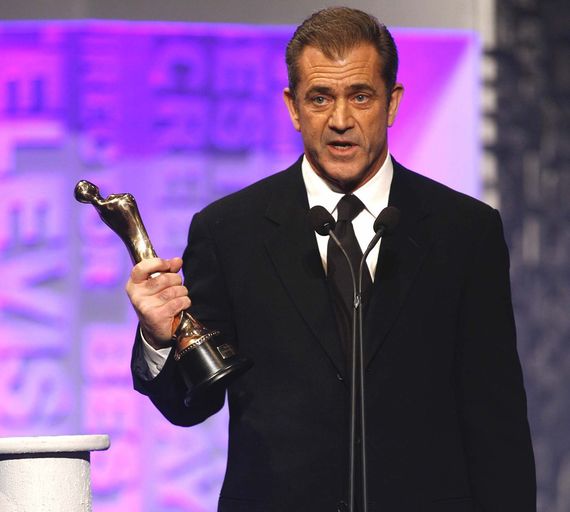 Mel Gibson at the Irish Film and Television Awards.

His father, Hutton Gibson's family has links right back to the Irish Famine in the 1800s. Gibson's great-grandfather, Patrick Mylott, emigrated to Australia to escape Ireland's Great Hunger.

His grandmother, Eva Mylott, was a famed opera singer who moved from Australia to Europe and on to America. He finally settled there and married John H Gibson, Mel Gibson's grandfather. John H Gibson was a millionaire tobacco businessman from the American South.

Hutton Gibson, the star's father, was born in Chicago. 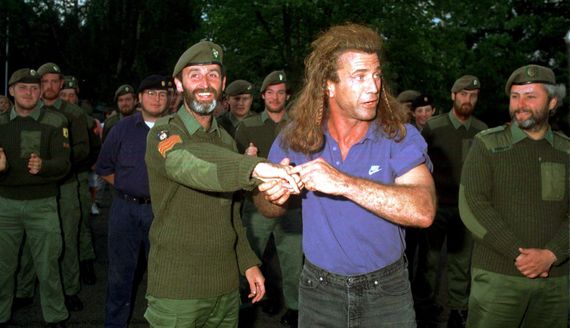 Mel Gibson messing around with Irish soldiers during the filming of Braveheart.

Hutton Gibson and Anne Reilly married in Brooklyn, New York in 1944. Mel Colmcille Gerard Gibson was born on Jan 3, 1956,  in Peekskill, New York. He was the fifth child of 11 children.

Gibson's father was awarded US$145,000 in a work-related-injury lawsuit against the New York Central Railroad on Feb 14, 1968. Soon afterward the family emigrated to Australia.

Hutton Gibson, the star’s father, was born in Chicago. Anne Reilly and Hutton Gibson married in Brooklyn in 1944 and Mel Colmcille Gerard Gibson was born on 3 Jan 1956 in Peekskill, New York. Mel is the fifth child in a family of 11 children.

In 1968 Gibson's father was awarded US$145,000 in a work-related-injury lawsuit against the New York Central Railroad. Shortly afterward the family relocated to West Pymble, Sydney, Australia. Mel was 12 at the time.

However, before they settled in Australia the family traveled to Ireland to visit family and learn about their ancestry. 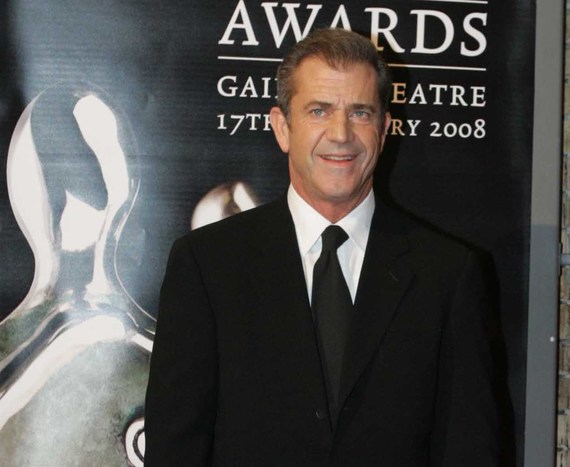 Mel Gibson on the red carpet at the Irish Film and Television Awards.

Gibson was taught, during high school, by members of the Congregation of Christian Brothers at St. Leo's Catholic College in Wahroonga, New South Wales.

The star started out his professional career on Australian television. His big break came in 1979's Max Max. He was quickly catapulted to international fame in 1987 playing LAPD detective, Martin Riggs, in Lethal Weapon, and the subsequent three sequels.

He went on to star in hits such as Braveheart, Ransom, Conspiracy Theory, The Patriot and We Were Soldiers. He directed the highly controversial The Passion of the Christ, in 2003, and Apocalypto in 2005. Recent works include Daddy's Home and the Expendables.

Genealogical archive of 52,000 Irish-Jewish, from over 200 years