This traditional Irish naming pattern could be a useful tool when trying to fill in the gaps of your Irish roots. 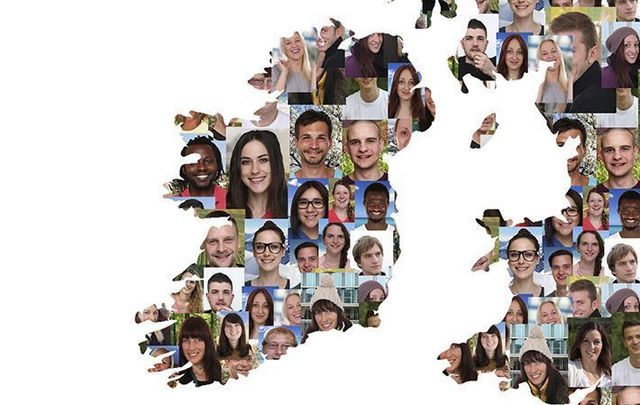 A popular tradition in Irish names could help you trace your Irish roots.

Our ancestors in Ireland had a very strong tradition of naming the eldest children in each family. It’s really interesting to see this naming pattern in your own family tree, but it’s especially valuable to know for family history research.

This naming pattern was most prevalent from around the late 18th century to the middle of the 20th.

Here’s the gist of the  traditional Irish naming pattern:

The amazing thing about this naming pattern is how closely it was followed across levels of Irish society and in different religious denominations. It’s very likely your family followed this tradition pretty closely. Knowing this can explain recurring names throughout your family tree and can help you when trying to decide if an ancestor you found fits in.

There was also a similar naming pattern for girls, although it wasn’t followed as closely as it was for boys. As time went on, naming fashions came to be the reason for girls' names, first among wealthy families and then increasingly among everyone.

This could be motivated by the simple fact of maiden names – once a girl would marry, her original family name would be lost. Perhaps this caused families to place less emphasis on female naming traditions.

How to use this for family history research

While you might be tempted, knowing this pattern doesn’t mean you should rush to fill in missing branches of your family tree just because you have a clue to someone’s first name.

One of the main challenges of Irish genealogy is not having anything at all to begin your search. That’s where understanding this naming pattern can help. It’s not enough to give you definitive evidence of an ancestor’s name, but it’s a great place to start looking.

If you’ve hit a brick wall or are feeling totally lost, try to estimate some names based on this pattern. It will narrow your search results tremendously, and while it isn’t guaranteed to turn up evidence of your ancestors, it could be the beginning of a trail that leads to an amazing discovery.

For instance, if you’re researching a family with the last name of Murphy (the most common name found in our Irish Catholic parish registers from County Cork), you’re going to have a lot of names to search through. But if you know that your Irish immigrant ancestor’s first name was Patrick, you now have a place to start – his grandfather may have been Patrick Murphy. Still a common name, but it’s a starting place.

While this won’t give you the answer in and of itself, it could help you find their household. You may discover that someone with that name occupied a household with other family names you are certain are correct. Even knowing that you’ll still need more direct evidence linking your ancestry to that person, but the path will be easier if you’ve got a good hunch a certain member fits.

This naming pattern can also explain when you find seemingly duplicate baptism records from the same family. Some families thought names to be so important that if a child with one died, it would be re-used on the next born child.

When you see something like this in our Catholic Parish Records, it usually indicates the death of the older child and tells us that this name was particularly important to the family. This was both a way to honor and remember the deceased child, while still keeping the ever-important family naming tradition alive.

This naming tradition might still exist in your family to this day. Do they keep the tradition alive? If not, go check out your family tree – you may notice which names were the most important.