Parish records considered the most important source of information on Irish family history before the 1901 Census. 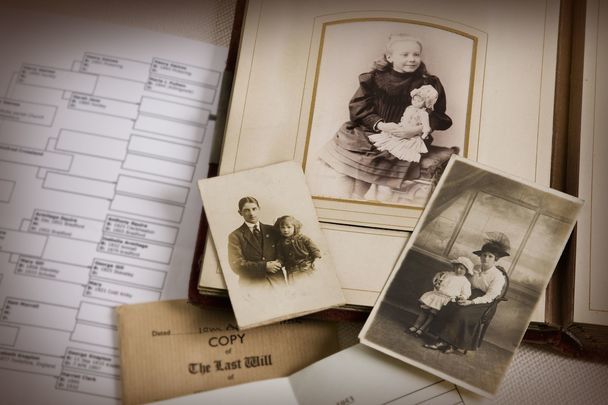 Tracing your Irish roots has never been easier. Getty

Tracing your Irish roots got a whole lot easier in the summer of 2015 when the National Library of Ireland gave free online access to its Catholic Church records collection online. This will enable millions of people around the world to trace their roots in Ireland.

Genealogy expert John Grenham wrote in The Irish Times that it is "almost impossible to overstate the importance" of what will happen.

The National Library of Ireland has announced that it will give free online access to its archive of Catholic Church records, the earliest of which dates back to the 1700s. The records are considered the single most important source of information on Irish family history prior to the 1901 Census. They cover 1,091 parishes throughout Ireland and consist primarily of baptismal and marriage records.

Currently, the National Library provides free access to its microfiche records at its research rooms in Kildare Street, in Dublin. However, access has been hampered in recent years by high demand and increased pressure on resources. The only online access to date has been through a third party paid genealogical service, RootsIreland.ie.

The National Diaspora Programme, Ireland Reaching Out (Ireland XO), has warmly welcomed the announcement that these resources will be available online.

Ireland XO Founder and Chairman Mike Feerick said, “Ireland XO has been campaigning for free online access to these valuable records since the organization was founded five years ago. Every Ireland XO volunteer knows how important it is that these records are freely available to everyone. The fact that these records have been available online only through an expensive paid service has meant that a huge number of people of Irish descent worldwide have been unable to trace their roots in Ireland.”

He added, “It is a truly exciting development for all involved in the diaspora and heritage sectors. It will have a profound impact on the number of people arriving in Ireland to trace their roots, and will allow the building of greater contacts between the Irish diaspora and their parish communities of origin in Ireland.”

Clare Doyle, Heritage Resource Manager at Ireland XO added that “the impact of charging for online access to these records has been greatly underestimated and, in many cases, prohibited the advancement of genealogical research by the Irish Diaspora.

“A huge number of Irish descendants living abroad are there as a result of famine and pre-famine emigration. To trace so far back, you simply have to look at a lot of records, and if you have to pay for each, the cost of your research simply becomes too expensive."

Since 2009, Ireland XO volunteers have been tireless in their quest to uncover ancestral origins for thousands of Irish descendants. The digitization of records from the National Library is a great boost to their research resources and will mean real progress in creating the online Irish diaspora community.