IrishGenealogy.ie adds records to their online archives including some famous Irish names and perhaps your Irish ancestors! 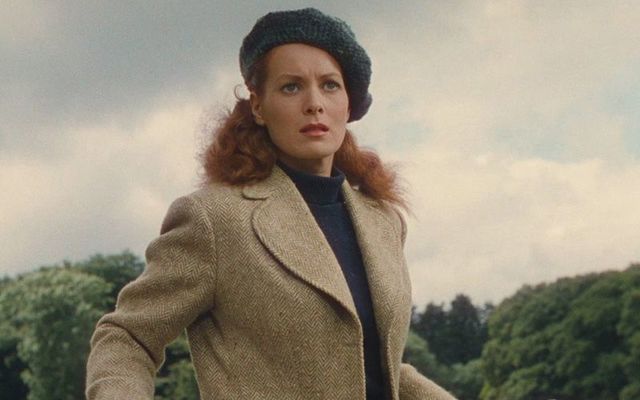 Maureen O'Hara, as Kate Danaher, in The Quiet Man.

The Irish government announced their release stating that "these entries show important information that are often vital in helping people to find out about their ancestry."

The records, now available at www.IrishGenealogy.ie, include:

Among some of the most interesting releases are the birth records for 1920. The Irish government released some of the details:

The beloved Irish actress Maureen O'Dowd was the star of movies including The Quiet Man (1952), the Christmas classic Miracle on 34th Street (1947), and Rio Grande (1950).

Now considered Hollywood royalty and having received an Academy Award for her life's work, it should be acknowledged that the Irish star was born in Rathmines, in the south of Dublin city. Born to an Irish Catholic family in 1920 she started out on her acting career training at the Rathmines Theatre Company followed by the famed Abbey Theatr

Christy Ring was widely regarded as the greatest hurler in the history of the game, with many former players, commentators and fans rating him as the number one player of all time.  His league and championship career with the Cork senior team spanned twenty-four years from 1939 to 1963.  During his playing career, he established many championship records, including career appearances (65), scoring tally (33-208) and a number of All-Ireland medals won (8).

Minister for Tourism, Culture, Arts, Gaeltacht, Sport and Media, Catherine Martin, T.D., welcomed this latest release saying "I know that this annual update is eagerly anticipated and will be of great benefit to anyone carrying out research on their Irish ancestry".

Minister for Social Protection, Community and Rural Development and the Islands, Heather Humphreys T.D., (which has responsibility for the Civil Registration Service) emphasized: “I am delighted that the Civil Registration Service has provided another year of historic birth, marriage and death register entries to the www.irishgenealogy.ie website.  I trust that this information will be of great use to anyone with an interest in genealogy and may act as a spur to those who would now like to start their own family history research”.

What's in the records?

The births registers include:

-  Signature of the informant (the person who registered your birth)

- Date of registration of the birth.

For marriages these include:

- Forename/s and surnames of bride and groom

-  Age at time of marriage

- Occupation of bride and groom

- Occupations of bride’s and groom’s fathers

- Signature of bride and groom

For deaths these include:

- Date and place of death

- Name and surname of deceased

- Rank, profession, or occupation of deceased

- Cause of death and duration of illness

- Signature, qualification, and residence of informant