Tracing your Irish roots? A guide to Irish birth, death, and marriage records

From post-Famine Ireland to the 1922 fire at the Four Courts, everything you need to know about locating the Irish records for your ancestors online 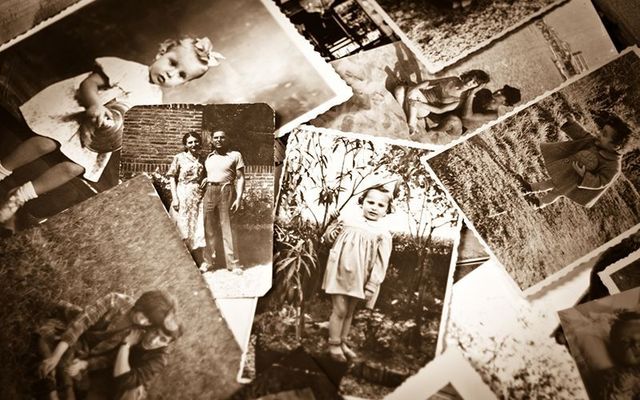 What can you learn about your Irish ancestors online? Piece your Irish history together. iStock

From post-Famine Ireland to the 1922 fire at the Four Courts, everything you need to know about locating the Irish records for your ancestors online.

An often-quoted myth about Irish civil records is that an unspecified number of Irish certificates “burned in the fire in Dublin”. I can reassure family historians that no single civil birth, marriage, or death record was burned in the Four Courts fire of June 1922 for the simple reason that they were not in the Four Courts in 1922.

The General Register Office of Ireland is the government body responsible for civil registration in Ireland. In 1922, all civil records were safely lodged in their office at Rutland Square Dublin, (modern-day Parnell Square) along with the 1901 and 1911 Census returns which were also in the custody of the Registrar General thus preserving both collections from destruction.

When did Irish civil registration begin?

To be successful in locating Irish records for your ancestors, it is important to be familiar with the key dates of Irish civil registration:

If your ancestors were born prior to 1864, there will be no birth certificate for him or her so you will be directing your research to church records.

So, how do you access these birth, marriage, and death records?

Before the computer era, research was conducted in person in the General Register Office research facilities in either Dublin or Belfast. However, in 2019 there are a considerable number of records online accessible worldwide.

The Church of Jesus Christ of the Latter-Day Saints (Mormons) offers a free index to Irish civil records at FamilySearch.org. The index provides the year, volume page, and quarter (after 1878) for the records which can then be ordered from the General Register Office in Ireland.

In 2016, the Irish government launched IrishGenealogy.ie which offers free access to Irish civil records via indexes with the added bonus of access to the actual records for selected years. The available records are for:

What you will be looking at are the registry entries which were created at a national level for events that were created at the time of birth, marriage, and deaths. The handwriting may be challenging in the early years but reading the registers over a few years will help you develop an expertise in interpreting 19th-century script. This significant collection can be searched for your immigrant ancestors and collateral relatives who remained in Ireland.

What if you don’t find the record you want?

It is possible that the birth or death, which was the responsibility of the family, was never registered for some reason.

Marriages, which were registered by the clergyman or registrar who presided at the wedding, occasionally were not registered by a forgetful cleric while it will be found in the church register.

Years of birth can often be misleading as people were unconcerned with their ages and birthdays and you may find your ancestor was much younger (mostly men) or older (usually women) than you believed them to be. Men would often make themselves older to qualify for military service or higher wages while women could be quite casual about their actual year of birth.

It is important to keep an open mind while searching and consider all possible spelling variations of surnames and do searches with and without the “O” and “Mc”.

Once you have identified your ancestor, you may want to obtain a certificate of birth for him or her. These certificates can be ordered from the GRO websites:

A certificate of birth, marriage, or death may be required for legal matters, and for the application for Irish citizenship a certificate must be submitted for the Irish-born grandparent.

Researching in civil records is essential for extending your Irish research to other records. In the records, you locate you will be learning the placenames for your family which can lead to locating the family in the 1901 and 1911 Census of Ireland.

Tracing your Irish family on the census.

These records are also available online for free courtesy of the National Archives of Ireland at Census.NationalArchives.ie.

One of the joys of Irish genealogy is viewing your family in 1901 and 1911 often in your ancestor’s handwriting. So, do as much research as you can in your home country on your ancestor.

Identify the birth name, approximate year of birth, parents’ names and possibly country of birth and you will be ready to develop your expertise in one of the most important record groups in Irish genealogy.

*Eileen M. ÓDúill, MA, is a professional genealogist based in Dublin Ireland. Eileen has over 40 years experience researching in Irish civil records and co-authored "Irish Civil Registration-Where Do I Begin?" (Council of Irish Genealogical Organisations, 2000. Dublin, Ireland). She has lectured internationally on Irish genealogy and presented the Ancestry Academy course, “Beginning your Search for Irish Ancestors” on Ancestry.com. Her area of specialization is in probate genealogy locating rightful heir in over 1000 international estates. She can be contacted at: eileen@heirsireland.com.