Check out the history of the Kennedy name, its family crest and coat of arms, famous clan members, and other interesting facts. 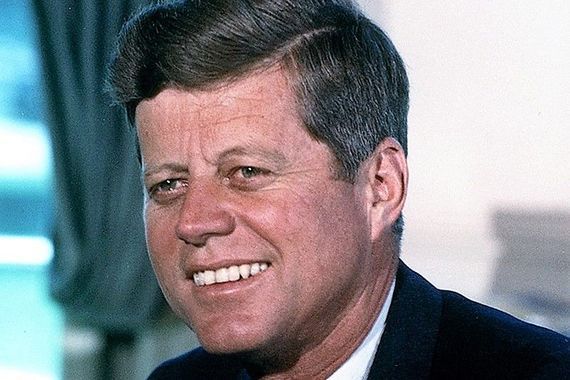 Here are some interesting facts about the Irish last name Kennedy, including its history, family crest, coat of arms, and famous clan members. Public Domain

Everything you need to know about the Irish surname Kennedy - its meaning, origins, interesting facts, and famous people with the last name Kennedy.

- The name Kennedy was also that of the father of Brian MacKennedy Boru. This Kennedy was the King of Thomond (north Munster Province) and was killed by the Norsemen of Limerick in 951 A.D.

Ceanéidigh could be related to the old Gaelic name Cennétig, which is known from Cennétig mac Lorcáin, the father of the Irish high king Brian mac Cennétig, who himself was also known as Brian Bóruma or Brian Boru.

There are also an Irish Kennedy family and a Scottish Kennedy clan of Carrick in Ayrshire, which are unrelated to one another. Another possibility is that Kennedy is an Anglicisation of the Gaelic Ó Ceannéidigh meaning "grandson of Ceannéidigh".

Ceannéidigh is a given name derived from the Gaelic words ceann, meaning "head", and éidigh, meaning "ugly" or "fierce". In some etymologies, the element ceann is given as "chief" or "leader".

- Claudia Jean Kennedy (1947-, is a retired lieutenant general in U.S. Army and the first female to reach the rank of  three-star general in the U.S. Army)

Check out this short film on the Irish surname, Kennedy: