Maureen O'Hara and the most famous redheads in history

Fiery red heads through history - from Alexander the Great and Galileo to Maureen O'Hara! 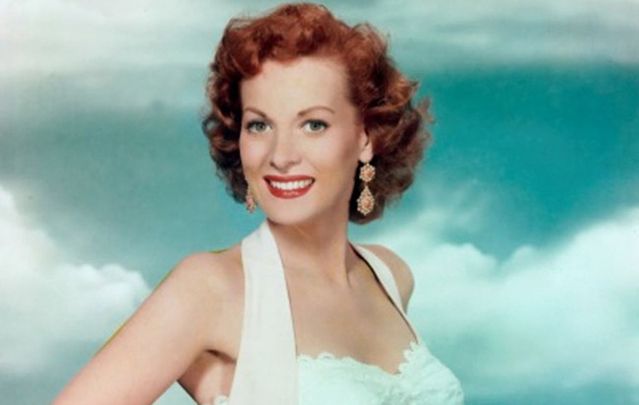 Who are the most famous redheads in history?

Red hair, freckles, experts at Irish dancing and blessed with ‘the gift of the gab’ are the usual Irish stereotypes. However, studies have shown that only ten percent of Irish people are redheads.

In fact, it is the Scottish who have the most redheads with a massive 47 percent. Whether it’s because of the Hollywood stereotype of the Irish as being redheaded, and using the phrase ‘begorra’ or not it is an idea that we’re stuck with.

There are also other unfounded myths attached to being a redhead such as their fiery tempers. This myth is probably due to literature where redheaded characters are depicted as excitable and hot-tempered. For example, Achilles a central character in Homer’s “Iliad” was described as having red hair, being strong and having a nasty temper.

Sadly, having red hair has also become something that is used as a taunt. Historians believe that this is due to English people’s dislike of the Danes who invaded their country in the 10th century. Also in the middle ages vampires and witches would be described as redheaded.

Happily, in more modern times, during the Elizabethan era, red hair became a desirable quality. Queen Elizabeth I had red hair and having red hair became fashionable and women in paintings were often portrayed as redheads. Even today red shades are still the most sought-after hair dye colors and the people of countries such as India, Iran and Pakistan use henna to get that red glint in their hair.

Redheads can be found all over the world including in the United States, the Netherlands, Belgium, France, Portugal, Spain, Italy, Germany, Russia and Albania. Though some ginger stereotypes still exist, this list of famous redheads from history proves them all wrong!

Here are some figures in history who were fiery redheads:

The red-headed O'Hara was noted for playing fiercely passionate heroines with a highly sensible attitude, most famously in “The Quiet Man”. She often worked with director John Ford and longtime friend John Wayne. Her autobiography, “'Tis Herself”, was published in 2004.

Boudica was a queen of the Brythonic Celtic Iceni people of Norfolk in Eastern Britain. She led a major uprising of the tribes against the occupying forces of the Roman Empire. When her husband, Prasutagus, died the Romans annexed his kingdom and brutally humiliated Boudica and her daughters spurring her leadership of the revolt.

Alexander the Great was king of Macedonia, a state in the north eastern region of Greece and also the creator of one of the largest empires in ancient history. He was undefeated in battle and is considered one of the most successful commanders of all time.

One of the most powerful monarchs ever, she brought about the Elizabethan era, ruling from 1558 until her death. Defeating the Spanish Armada in 1588, she oversaw one of the most stable reigns of her time. Known as "The Virgin Queen" because she never married and produced an heir, Elizabeth was the last ruler of the Tudor Family.

Churchill was a British politician and statesman known for his leadership of the United Kingdom during the Second World War. He is widely regarded as one of the great wartime leaders.

He served as prime minister twice. A noted statesman and orator, Churchill was also an officer in the British Army, a historian, a writer, and an artist. To date, he is the only British prime minister to have received the Nobel Prize in Literature, and he was the first person created an honorary citizen of the United States.

Galileo Galilei commonly known as Galileo, was an Italian physicist, mathematician, astronomer and philosopher who played a major role in the Scientific Revolution. Stephen Hawking says, "Galileo, perhaps more than any other single person, was responsible for the birth of modern science."

George Armstrong Custer was a United States Army officer and cavalry commander in the American Civil War and the Indian Wars. Today he is most remembered for a disastrous military engagement known as the Battle of the Little Bighorn.

George Bernard Shaw was an Irish playwright and a co-founder of the London School of Economics. Although his first profitable writing was music and literary criticism, in which capacity he wrote many highly articulate pieces of journalism, his main talent was for drama, and he wrote more than 60 plays.

Samuel Langhorne Clemens, better known by his pen name Mark Twain, was an American author and humorist. He is noted for his novel “Adventures of Huckleberry Finn” (1885), called "the Great American Novel", and “The Adventures of Tom Sawyer” (1876).

Mary Magdalene is a figure from the Bible described, in the New Testament, as one of the most important women in the movement of Jesus throughout his ministry.

Florence Nightingale was a celebrated English nurse, writer, and statistician. She came to prominence for her pioneering work in nursing during the Crimean War. She was dubbed "The Lady with the Lamp" after her habit of making rounds at night.

Oh, how beloved Lucy was! A monumentally pioneering female comedian, Ball is most famous for I Love Lucy, her TV show with her husband at the time, Desi Arnez. Ball was also a star of the big screen and of Broadway.

Did we skip one of your favorite famous redheads from history? Let us know in the comment section.