Got a wee one on the way? Check out this list of the top 25 Celtic baby names! 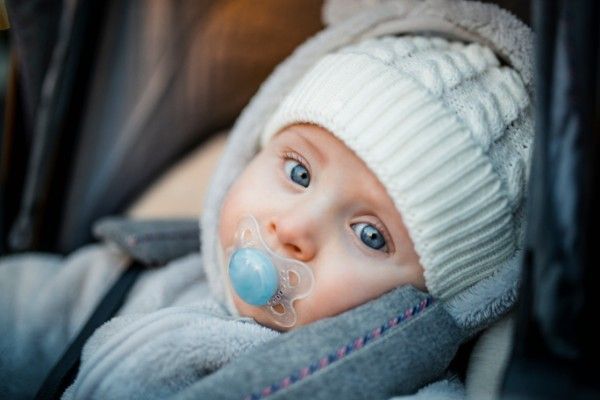 Do you know these top 25 Celtic baby names? Getty

Have you heard of these Celtic names before?

Irish and Celtic names are some of the most timeless ones that parents can choose for their newborns.

Read More: These were the most popular Irish baby names of 2018

Below, Babygaga has chosen their top 25 favorite Celtic names, each of which are beautiful within their own right.

Which one is your favorite?

A traditionally Scottish name that translates to ‘crooked nose,’ this name is suitable for both boys and girls.

This name is Welsh in origin and is a derivative of Gwenhwyfar.

This name is believed to have Norse origins - perfect for a young Viking princess. It translates to “wished for” or “longed for child.”

This Celtic name loosely means “high,” “noble,” or “strength” and is most famous in Irish history through the character of ancient high king Brian Boru.

Suitable for both boys and girls, this name is derived from the surname Quinn, which originally meant “descendant of Conn.”

This name has several different origins - Welsh, Scottish, and Hebrew. It can also be translated to several different meanings: “Young warrior,” “God is gracious,” “born of yew,” “youth,” and, in Hebrew, “rock.”

Most popular in England and Scotland, this name can mean “handsome” and “little rock.”

This name is a derivative of the Old English word “ceadda.” It possibly came from the Welsh word, “cad,” which means battle.

This Celtic name that has a Welsh origin can be used for both girls and boys and means “well-born” or “young warrior.”

This very traditional Irish name has origins in both England and Ireland and translates to “from Ireland.”

Aside from a Celtic background, this name has Spanish, Portuguese, and Italian roots. It can mean “friend,” “dear,” or “face.”

This Celtic name for girls can translate to “raven or black-haired” as well as “little drop of water.”

This name that has English origins is likely derived from the name Mervyn.

Read More: The most popular baby names in Ireland for 2015

With Irish roots, this name means “strong, virtuous, and honorable.”

Meaning “son of Neil,” this name has English roots.

A typically Scottish name that means either “plain” or “field,” some variations of this name include Blayre and Blaire.

This name has a few different origins, including English, Scottish, and Dutch. An alternate version of the name is Ruadh.

This Welsh name, which can be used for either girls or boys, translates to “son of Madoc.”

Meaning either “World mighty,” or “great chief,” this name has Scottish roots.

This name that has Irish roots translates to “little prince.”

Meaning “stone,” “noble,” “fair,” and “harmony,” this name has strong Irish roots and was derived from an Irish phrase that was considered to be a term of endearment.

Derived from the Scottish surname ‘Gleann,’ this name means “valley.”

With English roots, this name has been traced back to mean “Trent’s town.”

What's your favorite baby name? Let us know in the comments!