No guns for the IRA? No problem! 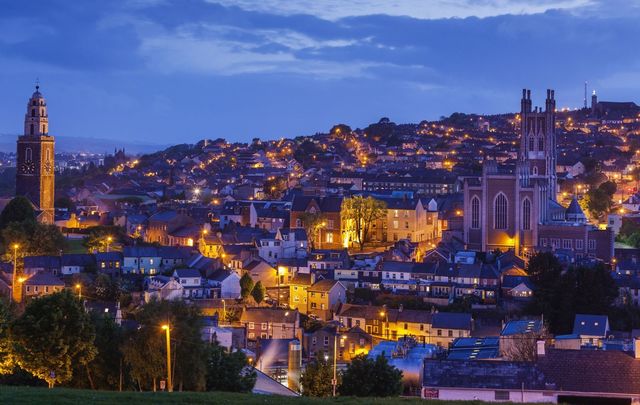 This is an excerpt from "Echoes of Their Footsteps Volume I" by Kathleen Hegarty Thorne.

Thanks to the organising efforts of Dinny Lacey, the Volunteers of West Cork were bonded and committed to the cause. He often had journeyed to a townland “finding apathy awaiting him, always leaving enthusiasm behind him . . .” (“Arms and Ammunition Taken from Naval Sloop Lying in Bantry Bay,” by Flor Crowley, With the IRA in the Fight for Freedom, p. 74).

But alas, the units of men were practically unarmed save for a few revolvers and, on occasion, a badly scored shotgun.

A remedy was sought.

A British patrol boat had often been seen in Bantry Bay. It was known that the sloop was well manned and well-armed. The captain and crew had been warned by the British military not to tempt the hands of fate by tying up at the pier, but instead to anchor safely out in the bay.

So week after week, it floated just out of reach but not out of sight of the local Volunteers. For reasons unknown, the captain changed course and decided to dock the boat at the pier, 180 yards from the main square at Bantry.

On the first occasion, nothing happened. A second time the boat slipped in and away from the pier without incident. But on this date, November 17, 1919, the Volunteers were waiting.

Two men stood by at the gate to the railway station, and two scouts were posted at the square where the British military routinely paraded every evening. Two more scouts were positioned farther away at the rail station to give warning if any enemy approached that way.

Four men comprised the boarding party: Maurice Donegan, Ralph Keyes, Michael O’Callaghan, and Sean Cotter. They quickly and quietly got on board and found the sailors below deck. The sailors were warned to remain still and were told that if any commotion was heard, a bomb would be dropped down among them.

The four Volunteers then soundlessly summoned the other men to help unload ten rifles, ten revolvers, bags of equipment, Verey light pistols, and boxes of ammunition.

Knowing full well they could not simply stroll through town with their bundles of military equipment, the Volunteers, ladened to the maximum, took a long, circuitous route to the local schoolhouse, where they had expected to store the captured guns.

The ladder that had been acquired to climb into the ceiling area, however, was too short, so an alternative had to be improvised. The parish church would be an unlikely spot for the British military to inspect.

On the last leg of the journey, another ladder was acquired, after which the men climbed to the church ceiling and into the roof area, where they stored the “loot.”

The British garrison in the town, by this time alerted to the theft, searched in vain for their lost equipment. It was never found! (“Arms and Ammunition Taken from Naval Sloop Lying in Bantry Bay,” by Flor Crowley, With the IRA in the Fight for Freedom, pp. 73-84).