At the age of 3, Colleen Anderson was taken from her mother in Ireland and adopted to a woman in America. Now, she hopes to permanently return and reconnect with her family. 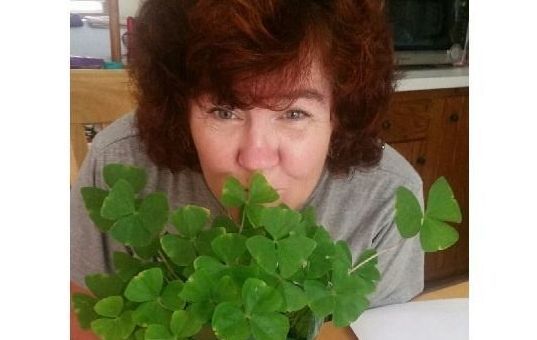 At the age of 3, Colleen Anderson was taken from her mother in Ireland and adopted to a woman in America. Now, she hopes to permanently return and reconnect with her family.

Colleen Anderson was born in the infamous mother and baby home in Roscrea, Co Tipperary in 1965, made famous by the book and novel "Philomena" and her own story of adoption to the US is no less tragic. Now, she is seeking help to get back to Ireland permanently in order to reconnect with her family and her Irish roots.

“I am one of those babies,” writes Anderson on her public GoFundMe page, “taken from my mom at the age of three and sent on an airplane by myself to Chicago.”

On her GoFundMe, Anderson explains that she has resources awaiting her to get set up in Ireland, but she needs to raise funds to make the transatlantic journey. She has visited Ireland before but now wants the chance to live and work in the country she was taken from.

“I need to renew my Irish passport, my green card, buy a plane ticket, and raise spare funds for living expenses,” she writes.

Anderson was born in 1965 at Sean Ross Abbey in Tipperary. Her mother, a 16-year-old rape victim Josephine O'Brien, was subjected to the same shame that so many other unwed mothers experienced at the time.

At the center of Anderson’s adoption was Sister Hildegarde McNulty, the same nun who stonewalled Philomena Lee, the mother at the center of the major motion picture in 2013.

Sister McNulty arranged for Colleen to be adopted by McNulty’s niece, Margaret McNulty Anderson. In the U.S., however, Colleen was subject to Margaret’s mental illness and rage.

Baby Colleen Anderson, a nun, and her adoptive mother

Anderson, who didn’t finish high school but later went on to get her GED, left home as soon as she could.

In 1998, she was also successful in locating her birth mother Josephine O’Brien and the two arranged to meet the following year in Dublin.

“Josephine was very nervous,” said Anderson in a 2014 interview with The Chicago Tribune.

“On the phone, I asked, 'Are you sure you want to go through with this?' and she said yes. But when we met, she just looked straight down at the ground."

Anderson explains how Josephine, who had gone on to marry and have four children, still carried the shame of the ordeal and tried to bury that piece of past.

"She said she'd rather die than tell her kids … She didn't know how they would feel about her."

However, after Josephine passed away in 2009, her husband Aidan told his children about their half-sister Colleen. Aidan was steadfast in pursuing a relationship with Colleen, as were her half-siblings.

"He's one of the really good things that came out of all this," Anderson said in 2014.

"He made it clear to the rest of the kin that he was going to pursue a relationship with me — and not keep me a secret anymore.”

You can support Colleen Anderson and her return to Ireland on her GoFundMe page.