Evidence of names being changed, of cash payments being made, and children being adopted to the US have been confirmed, among other irregularities. 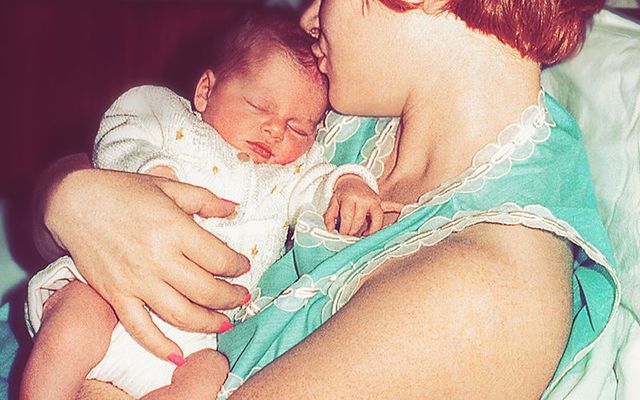 Concerns have been raised by Ireland’s family and child agency about a further 748 adoption cases from St Patrick’s Guild adoption society. iStock

Concerns have been raised by Ireland’s family and child agency about a further 748 adoption cases from St Patrick’s Guild adoption society.

Ireland’s illegal adoption scandal continues with concerns now raised about a further 748 adoption cases, some of which saw children being adopted to the US.

On May 30, Irish Minister for Children and Youth Affairs Katherine Zappone revealed the Irish child and family agency Tusla has confirmed 126 cases of incorrectly registered births over the course of two decades from St Patrick’s Guild Society in Dublin.

According to the Irish Examiner, Tusla has also shown concern about over 700 further adoptions from St Patrick’s Guild that show evidence of names being changed, cash payments being made, adoptions being made to the US and cases with no corresponding adoption order being found.

The details are shown in the notes of a March 13 meeting between representatives of Tusla, the Irish Department of Children and Youth Affairs and the Adoption Authority of Ireland, which was acquired by the Irish Examiner through the Freedom of Information Act.

“Furthermore, Tusla said that a further examination of the scanned index cards had raised concerns in that some 700 index cards contain references to placements with no Irish adoption order, change of names and other matters that indicate irregularities,” said the report from the March 13 meeting.

“Some of these 700 index cards relate to children that went to the USA.

“Tusla also noted that many of the index cards made reference to payments (often £100) being made to the Guild.”

In the three interim reports created by Tusla between March and May following this meeting, the agency confirmed that 611 children were identified as having gone overseas but that further analysis and review was needed to reveal the process which saw these children leave the Irish jurisdiction.

Remember I said this was about more than illegal registrations. And here we are, now 748 adoption cases in one agency which raised concern. Payments, name changes and other irregularities. And yet I kept being told there was no point in an audit https://t.co/7ecc68IunM

The 748 cases in this second set, recorded as “Anomalies including Adoptions overseas,” come on top of the 126 confirmed cases revealed in May.

These 126 people will now be contacted by social workers from Tusla to inform them that their adoptive parents were wrongly and illegally registered on their birth certificate as their birth parents. Tusla revealed that as many as 79 people in these cases may be "entirely unaware of the circumstances of their birth." The 126 established cases were registered by St Patrick’s Guild adoption society between 946 and 1969. The youngest person affected is 49 and the oldest is 72.

The identified cases all came from the records of St. Patrick’s Guild which closed its doors in 2004. In April 2015, the Irish Examiner revealed that the Adoption Authority of Ireland (AAI) told the Irish Department for Children and Youth Affairs (DCYA) in 2013 of cases of illegal adoption they had confirmed, specifically naming St. Patrick’s Guild in Dublin as an adoption agency guilty of the practice. The AAI also named well-known former private nursing home St Rita’s in Dublin, in particular.

A sample of records from other Irish adoption agencies will now be examined to establish whether the illegal adoption practice occurred elsewhere, with Irish Minister for Justice Charlie Flanagan claiming it is “highly likely” that other agencies were involved.

Read more: Illegal adoptions to US mean many Americans will never know they came from Ireland

In Ireland, the natural parents in an adoption are protected by a right to privacy which means adoptees have no right to information on their birth parents. The Adoption (Information and Tracing) Bill 2016 is set to alter this, allowing the subject of an illegal birth registration to birth certificate information and certain other information. The legislation is currently delayed, however, with Minister Zappone citing issues surrounding the natural parents’ right to privacy.

Newly released letters sent in the 1950s between the controversial St. Patrick’s Guild Adoption Society in Dublin and the Dublin Archbishop have given some insight into the practice of foreign adoptions out of Ireland in the mid-20th century; a practice that may have led to thousands of Americans today not knowing that they are Irish, or that they were adopted.

The Coalition of Mother and Baby Home Survivors has called on the government to address the issue of illegal adoption https://t.co/V3XjXDkK4g

“Hitherto intending adopters - and those who had already adopted - hoped that there would be some form of legal adoption which would make the position of the child and themselves more secure. Now that they know this is out of the question they seem to have lost heart in the matter,” wrote Sister Frances Elizabeth to Revd C. Mangan on May 10, 1951.

"We even have had some children returned to us when the adopting couple saw that the child would have to know later on that he (or she) did not really belong to them,” continued Sister Elizabeth, referring to the then ongoing attempts to introduce an official Adoption Act in Ireland that would legislate for legal adoptions.

The main fear, it seemed, for couples in adopting from the society was that a new Act would allow in the future for “the child to be claimed by their natural mother.”

These fears ran deep for couples adopting from the US, in particular, and Sister Elizabeth can be seen to bemoan the now lack of eligible adoptive parents applying from America.

“The Americans have been a sad loss to our children,” she writes.

“For almost twelve months no child had gone to the US and we think with longing of those grand Catholic homes which offered such love and security to our babes.”

It is believed that St. Patrick’s Guild alone may have organized as many as 2,000 unregistered and illegal adoptions, while adoptions to the US carried out in this manner throughout all the various adoption societies could value in the thousands.

Already in May 2018, IrishCentral covered the story of former Maine police officer Kevin Battle, who was denied access to his mother by Irish Catholic nuns and told she was dead. His mother, in turn, was told her son died and Battle was, unfortunately, to never discover the truth until she passed away.