Joe Biden's cousins and supporters in Co Mayo are "buzzing" waiting to hear if he will be elected as the next US president. 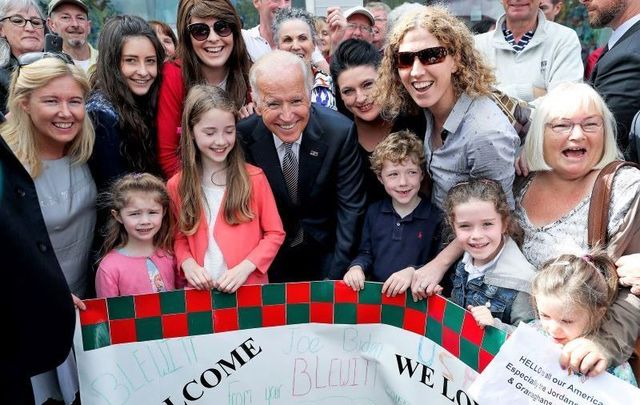 Joe Biden's Irish cousins said that it would be a huge source of pride for his ancestral home in Co Mayo if the Democratic candidate wins the 2020 presidential election.

Laurita Blewitt, a distant cousin to Joe Biden, said that a Democratic victory against Donald Trump would help put the Mayo town of Ballina on the world map.

The town of Ballina recently unveiled a mural in honor of Biden, whose ancestors left Knockmore over 160 years ago before settling in Scranton, Pennsylvania.

Excitement is building in Ballina tonight in anticipation of a Joe Biden win in the US Presidential election.
Local Biden well wishers are arriving at Market Square in the town for a drive-in viewing of tonight’s CNN count coverage on a large screen beside a mural of the man. pic.twitter.com/Fr2xwuQxvG

The former Vice President has never shied away from his Irish roots and the town of Ballina is "buzzing" with how the US election is going, according to Laurita Blewitt's brother Joe.

"People are in great spirits and it’s great to have this distraction," he told the Irish Mirror.

"We’re optimistic, it’s very tight at the moment but it was always going to be.

"I hope it keeps building in the right way and there’ll be a big celebration in Ballina and Knockmore if he is elected."

Biden has already secured the most votes in US presidential election history and Laurita Blewitt said that democracy will be victorious if he secures the presidency.

"Joe is leading so far and fingers crossed democracy will win out," she told the Mirror.

She described Biden as a "safe pair of hands" who would surround himself with the right people if he does win the election.

Ballina residents believe that Biden will come back to Ireland and visit the Mayo town again if he is elected President and Joe Blewitt believes that it can only be a positive thing for the town.

"And he’ll be back to Ballina, he said he’d come back and I’d say he’ll stick to his word."

RTE News caught up with Ballina locals and some Blewitts on November 4 as counting continued in the US:

Western Correspondent @patmcgrath reports from Ballina in County Mayo, where Joe Biden has family ties, as counting continues in the #USElection2020 pic.twitter.com/10C1n9uAHl