Irish origins of the surname Campbell

The origins of the name Campbell lie in the Irish (Gaelic) language – from the Irish words for Cam = crooked, and Beál = ‘mouth’. 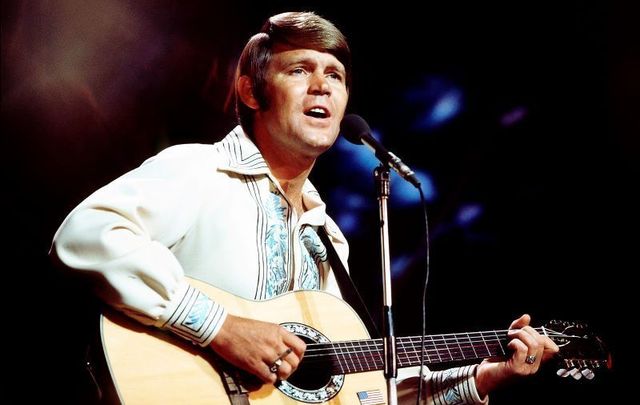 Glen Campbell is one of the most famous Campbells ever! Getty Images

The name Campbell is traditionally understood as entirely Scottish in origin. However, both the Campbell name and dynasty have their roots in Ireland, particularly in the province of Ulster.

Geographically, Ulster and Scotland are divided by a narrow strait (Kintyre), and from the earliest times, there was a shared language and culture. The very name Scotland means ‘the land of the Irish’, and Irish was the language spoken in Scotland.

The origins of the name Campbell lie in the Irish (Gaelic) language – from the Irish words for Cam = crooked, and Beál = ‘mouth’. The term ‘crooked mouth’ doesn’t refer to a physical trait, but to lying or making false promises – it’s the kind of jibe that political rivals might make even today!

Over hundreds of years, the Campbells accumulated feudal titles, as Knights, Lords, Earls, Marquesses, and finally Dukes of Argyll. Each new title was given in recognition of the family’s rise to power, and marked a step in their transformation from the ruling dynasty of the Gaelic Clan Campbell in the West Highlands, to leading aristocrats in the United Kingdom.

You’ll find a second origin of the name Campbell in County Tyrone. MacLysaght, the former Chief Herald, argued that the MacCathmhaoil (usually anglicized as Campbell) derived their name from the Irish words for ‘battle-chief.’ The MacCathmhaoil was one of the dynasties descended from the Clann O’Neill. In medieval times they lost political power, but maintained their status, becoming one of the learned families (Aos Dána), famous for their learning. This name is now rare in Ireland.

From the 1250s onwards a branch of the Scottish Clan Campbell – the MacAilín – also settled in Donegal. From the 1550s a second ‘wave’ of mercenary soldiers from Scotland, the red-shanks, included many Campbells from Argyll. They were known as red-shanks because they fought "bare-legged" in kilts, mainly in Ulster and Connacht during the summer months. To ensure a regular supply, some Irish lords even began marrying Scottish wives - most famously in 1569 O’Neill married Agnes Campbell, ‘the lady of Kintyre’.

Probably the greatest settlement of Scottish Campbells to Ireland was in the Plantation of Ulster. In 1607 the sudden and dramatic flight of the earls (O’Neill, O’Donnell, Maguire, and their allies), cleared the way for the Ulster Plantation. For the remainder of the 1600s, there was continuous Scottish settlement in the east Ulster counties of Antrim and Down. The Campbells were one of the families that migrated from Scotland to Ireland in the greatest numbers so that down to the present day the family name Campbell is common throughout Ireland.

A report by the Irish Registrar General before Independence and Partition found that the Campbell name was among the top 30 family names in Ireland, and among the top 5 in the province of Ulster.

*This article was produced in partnership with Findmypast. Discover your Campbell ancestors in Ireland with Findmypast, where there are over 170,000 unique Irish records for the surname.