On This Day: Bloody Sunday erupts in Derry, Northern Ireland in 1972

Bloody Sunday took place on January 30, 1972, when British paratroopers opened fire on a peaceful protest organized by the Northern Ireland Civil Rights Association who were protesting the poor treatment of Catholics in Northern Ireland. Fourteen people in total were killed. 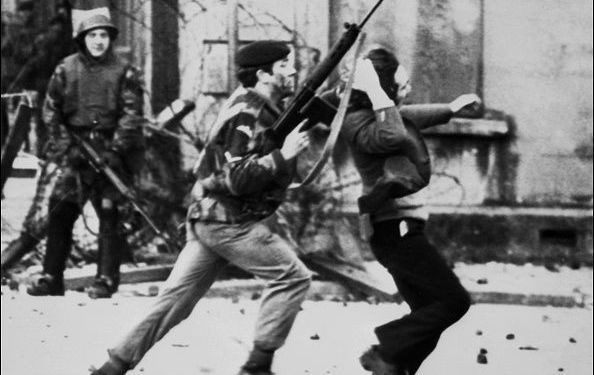 Bloody Sunday, often referred to as the Bogside Massacre, took place on January 30, 1972, when British paratroopers opened fire on a peaceful protest organized by the Northern Ireland Civil Rights Association, protesting the poor treatment of Catholics in Northern Ireland.

Fourteen people in total were killed; 13 died instantly and another person died four months later as a result of his injuries. 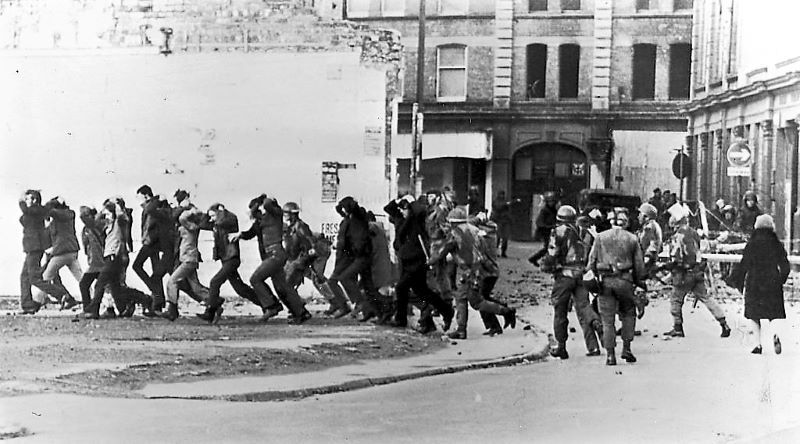 One of the most iconic images of the day was of Edward Daly, the Catholic priest photographed waving a bloodstained handkerchief as he attempted to bring one of those injured to safety.

The then Fr. Daly had attended many several civil rights marches in the build-up to Bloody Sunday and was present when British soldiers began to fire on the unarmed citizens. Images of the 39-year-old Daly trying to bring the mortally wounded Jackie Duddy to safety were broadcast all over the world.

The priest’s later testimony that the British soldiers fired on the crowd with no provocation was rejected by the British government in 1972, but Daly continued to tell his story, eventually being proven accurate in 2010 following a $265 million, 12-year investigation. Bishop Daly died in August 2016.

The inquiry found that there was no justification for firing at the protestors and then British Prime Minister David Cameron formally apologized to the families of those killed or injured. It has since been confirmed that the families will also receive compensation. 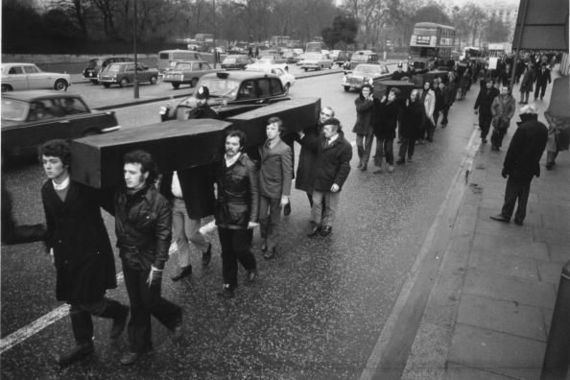 A protest demonstration in London against the Bloody Sunday massacre when 13 civilians on a civil rights march were shot dead by the British Paratroopers in Derry City. (Photo by Central Press/Getty Images)