The Ancient Order of Hibernians pays tribute to the proud Irish and Irish American veterans who have served in the US for Veterans Day 2020. 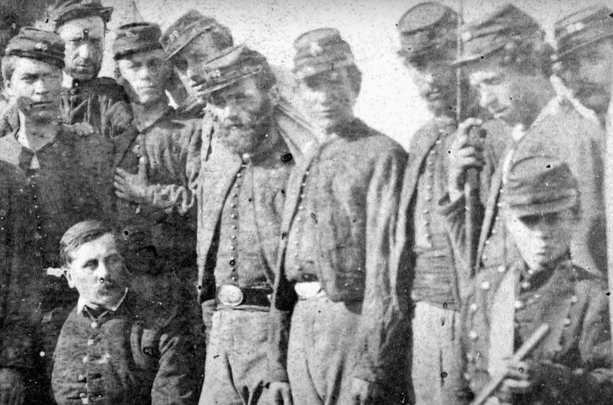 The AOH pays special tribute to veterans, especially those of Irish descent, on Veterans Day. Ancient Order of Hibernians, YouTube

The Ancient Order of Hibernians (AOH), the largest and oldest Irish Catholic organization in the US, is paying special tribute to veterans, especially those of Irish descent, this Veterans Day.

Of the video, Neil Cosgrove, the political education chair for the AOH, said: "While recognizing and grateful for the sacrifices that Americans of every race, ethnicity, and religion have made in defense of our country, Irish America can take pride and have a very Celtic obligation of remembrance to those of our family, no matter how extended, who served.

"It is incredible the prominent place that the Irish occupy on our nation’s rolls of honor, especially given that Irish immigrants and their descendants have frequently been accused of 'divided loyalties' and not being 'true Americans.'

"It is regretful that the stories are shown in the video, and the thousands more, are not better known, and we hope that in remembering them, we can offer our gratitude and pride in them and all Veterans."

The memorial video presented by the Ancient Order of Hibernians for Veterans Day 2020 pays special tribute to:

Commodore John Barry, who is the Irish-born “father of the American Navy"

The Irish Brigade, an infantry brigade that consisted mostly of Irish Americans and served in the Union Army in the American Civil War

Sergeant Major Dan Daly,  who is one of only two Marines who have ever received the Medal of Honor - the Nation's highest military award - twice for separate acts of heroism, once in Haiti and once in the Boxer Rebellion.

Fr Francis Duffy, who is the most decorated cleric in the US Army and served as chaplain for the 69th Infantry Regiment ("The Fighting 69th"), a unit of the New York Army National Guard largely drawn from the city's Irish-American and immigrant population

Audie Murphy, who received every US military combat award for valor available from the US Army for his service during World War II

Cpl Patrick Sheahan, who was awarded the Silver Star posthumously for his service in Korea and waited 50 years to be recognized as a US citizen

Major Patrick Brady, who was awarded the Medal of Honor for his service in Vietnam

Lt Col Martha McSally, who was the first female US fighter pilot to fly in combat

Lt Michael P. Murphy, who was awarded the Medal of Honor posthumously for his service in Afghanistan

The video closes with a quote from Walter Winchell: “You can’t strike the American flag without expecting to get hit back by some Irishman.”