Richard O'Halloran can return to Ireland after being detained in China for almost three years following a commercial dispute between his employer and Chinese authorities. 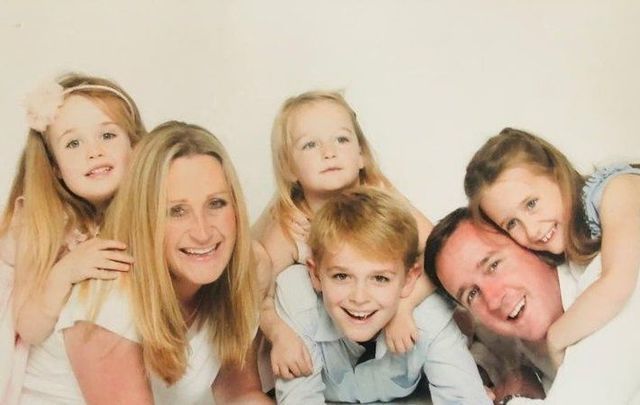 Irish man Richard O'Halloran, a 46-year-old father-of-four, had been prevented from leaving China since February 2019 due to a long-standing legal dispute involving the Dublin-based aircraft leasing firm that he worked for.

On Friday, the Department of Foreign Affairs announced that O'Halloran will be able to return to Ireland after a deal was reached with the Chinese authorities.

"The Minister for Foreign Affairs, Simon Coveney T.D., is pleased to confirm that the travel restrictions placed on Mr. Richard O’Halloran in China have now been lifted, enabling him to return home to Ireland," the Department of Foreign Affairs said on Twitter.

The Minister for Foreign Affairs, Simon Coveney T.D., is pleased to confirm that the travel restrictions placed on Mr. Richard O’Halloran in China have now been lifted, enabling him to return home to Ireland. pic.twitter.com/kY8jkBrah1

RTÉ reports that O'Halloran has now left China and is due home tomorrow, January 29.

"His family is delighted with the news and is looking forward to Richard's return home," said a spokesperson for the family.

Taoiseach Micheál Martin said on Twitter that he "warmly" welcomed the news of O'Halloran's return to Ireland.

"This has been a difficult time for Mr. O'Halloran and his family," Coveney said in a statement. "The Government has been actively engaged on the matter throughout and is delighted it has reached a successful result. The Minister wishes to thank all those who have assisted in achieving this positive outcome."

Coveney traveled to China last year to meet with his counterpart Wang Yi and ask for O'Halloran to be released, according to the Irish Times.

O'Halloran's detention in China centered on a dispute between the Chinese authorities and the Dublin-based aircraft firm China International Aviation Leasing Service (CALS).

Min Jiedong, the chairman of CALS, was accused of raising funds from Chinese investors to buy an Airbus aircraft in a crowdfunding scheme that predated O'Halloran's time at the firm.

O'Halloran attempted to leave China in February 2019 after testifying against his former chairman, but Chinese police prevented his departure and authorities placed an exit ban on his passport.

Although O'Halloran was banned from leaving China, he was permitted to live freely in the country over the past three years.

He was never accused of any wrongdoing or charged with any crime, but Chinese authorities continued to block his exit as they sought to secure the return of the invested money.

Chinese police alleged that Min had raised up to $36 million from Chinese investors.

O'Halloran's family previously spoke of the mental and physical toll that the issue had on the Dublin businessman.