Irish man Richard O'Halloran has been detained without trial for 16 months in Shanghai, China. 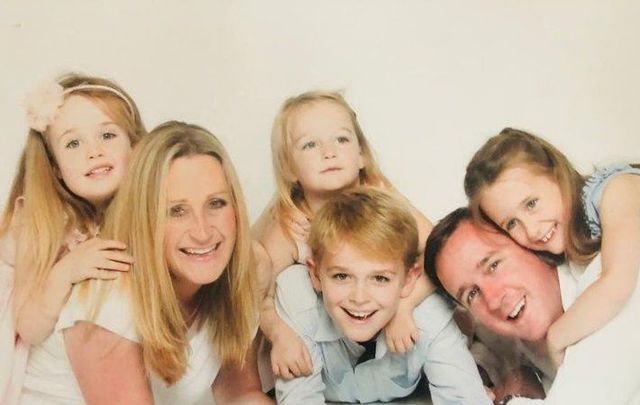 Rosalind and Richard O'Halloran and their children. Change.org.

Irish man Richard O'Halloran has been banned from exiting China due to a jet leasing row. Now his family is deeply concerned about his physical and mental health.

Irish man Richard O'Halloran has been detained in Shanghai, China for the past 16 months. He is barred from leaving China over a jet leasing row and an exit ban was imposed on him, the very first “exit ban” implemented in China against an Irish citizen.

His wife Tara O’Halloran said Richard, who has a lung condition, is permitted to leave his hotel but she fears the COVID-19 virus would “kill him” if he contracted it, so he largely confines himself to his hotel room. The bottom line is this man “needs to be allowed to come home.”

I spoke with Rosalind, his sister, and I am astounded that an Irish citizen has been left in this “no man’s land” type situation. Apart from the sheer injustice and awfulness of the situation, Richard suffers from a lung condition and his family is now very concerned for both his physical and mental health. The July spike in COVID-19 cases in China seems to be contained for the moment; however, if there is a second wave in autumn, with no vaccine available…

Read more: No green light for US tourists in Ireland 2020

Richard has been “caught up in a complicated situation involving the Chinese owner of China International Aviation Leasing Service (CIALS), the Dublin-based leasing firm that he works for "through absolutely no fault of his own," according to sources who spoke with The Independent.

He has been detained without trial. No charges have been brought against him. The matters under investigation happened a year before he joined the company. Furthermore, Richard was given undertakings by the Chinese authorities that he would be free to leave following his cooperation with their investigation into the matter, but they have reneged on this.

Justice now needs to finally prevail for this Irish businessman, husband, son, brother, and father of four; Ben (13), Amber (11), Isabella (eight), and Scarlett (six) who have not seen their father for 17 months.

Rosalind pointed out that “we are used to laws protecting innocent people but sadly many countries don’t have similar laws. As a result, it appears they can do what they want with individuals, including innocent visitors to their country."

What happened to Richard could happen to others. We need to know we are protected by our home government and supported by our fellow citizens, both at home and among the global Irish Diaspora. It is time to raise our voices in unison, to insist that a fellow Irish countryman’s human rights finally be recognized.

Although Richard’s case sets an Irish precedent being the first enforcement of a PRC “exit ban” detaining an Irish citizen, we read on the U.S. Department of State's China Travel Advisory site that "PRC government has asserted broad authority to prohibit U.S. citizens and citizens of other countries from leaving the PRC by using 'exit bans,' sometimes keeping them in the PRC for years."

The PRC government uses exit bans to "compel individuals to participate in PRC government investigations” and “to aid PRC authorities in resolving civil disputes in favor of PRC national parties."

IrishCentral readers can play a huge part in supporting the effort to get Richard home by signing the petition here. Please raise your virtual voices with a simple ‘click’ and please share with others.

Along with the additional pressure, an important increase in signees will bring much needed moral support to Richard’s wife, children, and siblings, and most importantly to Richard himself, knowing that he has not been forgotten by the global Irish diasporic “family."

In the petition, please note that although there is a possibility of giving a donation, however, you can also skip that part. Richard’s family are not looking for donations, they just want and need your signatures only, and they thank you.