It’s time for the Democrats to be demanding

"The challenge for Democrats in the next year is to keep promoting serious proposals by sending out messengers with credibility and gravitas to the media outlets every day." 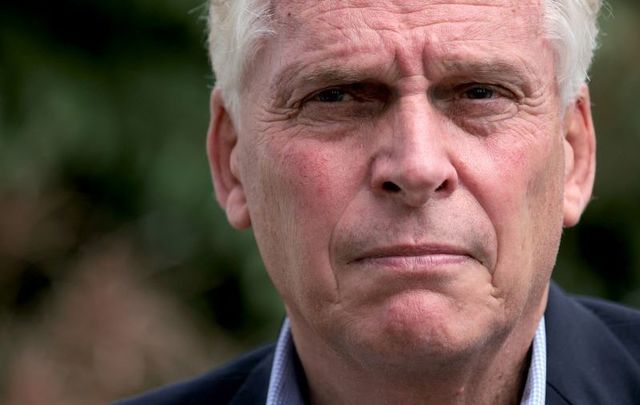 The Biden administration knew that its performance was on the line in both states. They hoped to get credit for dealing much better with the Covid crisis, ending the pathogen chaos that prevailed under Donald Trump. And they wished that families would recall at the hustings that they received large support checks from Washington to help defray the extra costs of the medical crisis.

On the other hand, the Democrats, with admittedly small majorities in the House and Senate, could not pass the two big infrastructure bills which would have provided a major boost, especially for families in the areas of childcare and early education. Some commentators believe that Terry McAuliffe’s failure to win in Virginia can be explained by the interminable wrangling over these bills between progressives and moderates in Washington.

The major physical infrastructure bill passed in the House after personal pleas by President Biden just a few days after the results were announced in the gubernatorial races. If it was possible then, why did it not happen weeks earlier?

The so-called human infrastructure bill, Build Back Better (BBB), is still awaiting action in the Senate where Senators Joe Manchin and Kyrsten Sinema continue to raise objections. The metaphor of just a few inches to the finish line is used ad nauseam to describe the progress so far.

Most voters don’t have the interest or the patience to try to understand the reasons why the Democrat triumvirate of Joe Biden, Nancy Pelosi, and Charles Schumer can’t pass the required legislation by insisting that the recalcitrant senators obey the party whip. There are no kudos for sincere efforts – people want action.

The history of off-year elections favors the party that is not in the White House. In every constituency, a section of voters opts for a kind of protest vote against whoever is in power. Governor Phil Murphy in New Jersey won with a reduced mandate, the first time in close to 50 years that a sitting governor was re-elected in New Jersey.

Education became a pivotal issue in the campaign in Virginia. McAuliffe seemed to denigrate the role of parents in the schooling of their kids, and Glenn Youngkin, the Republican candidate, jumped on his misstatement, claiming that his opponent was calling for some unspecified anti-white agenda in the schools.

Republicans pushed this topic to include an accusation that McAuliffe favored promoting Critical Race Theory, a vague catch-all title that conjures up a classroom focus on slavery and Jim Crow.

This misinformation is part of the culture wars which Republicans have thrived on in recent times. Democrats have been inept in their efforts to counter this ominous talk of danger to the way of life of white families. In fact, there is no Critical Race Theory taught in any school in Virginia or elsewhere, except as an elective in some law schools.

The cry to defund the police echoes similar fears and has been shrewdly portrayed as a strategy favored by the Democratic Party. In reality, Biden has pointed out that his party supports expanding funding for the police to help them provide a more equitable service.

Predictably, Donald Trump is claiming a major triumph after his party’s successes at the polls. He claims that “MAGA is bigger and stronger than ever.” Never mind that Youngkin engaged in a nimble dance keeping his distance from the former president while still somehow not offending core Trump followers.

All eyes now will be on the midterm elections next November. The current scenario portends further disaster for the Democrats. Biden’s approval rating has fallen to the low forties and, more damaging, 70 percent of Americans say the country is moving in the wrong direction.

The Republican leaders in the House and Senate quickly interpreted the poor performances in Virginia and elsewhere as a rejection of the BBB program that Biden ran on. We are talking here about improving healthcare, eldercare, and especially childcare as well as reducing the cost of medications for all citizens.

Opposition was predictable by a Republican Party following traditional conservative principles, always opposed to progressive legislation. Their philosophy, over many centuries, prefers leaving such matters up to individual initiative. Their leaders and mentors often quote President Reagan: “The most terrifying words in the English language: I am from the government and I am here to help.”

Fine, but what are the Republican policies in these areas where they oppose the Democrat proposals? They continue to reject Obamacare, but what is their alternative?

After he was elected president in 2016, Trump said he had a new policy in this important area just to dot the I’s and cross the T’s. We are still waiting for a Republican policy in this crucial area of public life.

What about paid leave for parents after they have a new baby? America is the only Western country that provides no financial help for families dealing with this stressful situation.

All the Republican senators and House members assert they will vote against any such concession. Too expensive they say – a bit precious for a party that shoveled money at millionaires and billionaires in the last budget they passed, adding $1.5 trillion to the national deficit.

Why are the Democrats not proclaiming from the mountaintop that their opponents are bereft of social policies? The people are very interested in this parental leave issue which touches every family at some stage. Call on Kevin McCarthy and Charles Grassley to explain their opposition on this crucial issue every day from now to the midterms.

They are also unanimously against extending Medicare coverage to include dental treatment and the provision of hearing aids and eyeglasses for seniors.  Surely the Democrats should be stressing that they are being stymied at every turn by their opponents in their efforts to provide these important services.

What about climate change which Trump denied and Republicans are still following that Neanderthal thinking on what most people now realize is the biggest threat to the planet? They showed their colors by withdrawing from the Paris Climate Accord and they haven’t changed since.

The Democrats have developed detailed plans with abundant funding to lead to a radical re-arrangement of American business and social priorities. It may not be enough to prevent climate disaster but their opponents, led by the former president, have no alternative beyond the cynical dreamland of denying that there is any problem. Surely the Republican Party should have more to say about the growing fears for an impending environmental catastrophe than vigorously propounding outrage about transgender bathroom use.

The challenge for Democrats in the next year is to keep promoting serious proposals by sending out messengers with credibility and gravitas to the media outlets every day, leaders like Coons, Moloney, or Jayapal, who will demand to know what policies their opponents espouse.

Democrats have to be far more persistent and demanding.