What the hell has happened? Why are Republicans walking around with “Defund the FBI” hats? 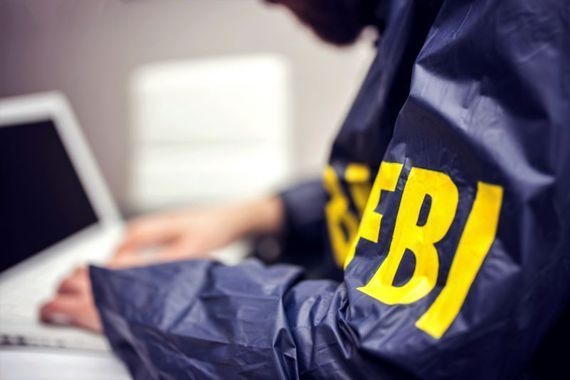 A former agent with the FBI once recalled that he was told to, um, keep an eye on former First Lady Eleanor Roosevelt.

“I draw the assignment, so I go down discreetly to look over the building,” the agent told Cartha “Deke” DeLoach, himself a former top assistant to J. Edgar Hoover.

“I finally enter the building under some pretext, and there’s this nice Irish doorman in there,” the agent continued, before adding that he and the doorman turned out to have a bunch of family connections back in Ireland. Which helped the agent snoop on Mrs. Roosevelt.

For decades, the only stereotype nearly as durable as the nightstick-swinging cop with a brogue was the clean-cut Catholic fed named Tim or Pat.

“The FBI may no longer recruit so many of its agents from Fordham and St. John’s and Holy Cross,” Todd S. Purdum noted in Politico a few years back, “but…the bureau retains the stolid, straight-arrow quality that endeared it not only to Republicans but to working-class and ethnic Democrats, too.”

For many, this was proof that Irish Catholics were hard-working, dedicated public servants. Or authoritarian squares.

Either way, the cop crowd just loved the FBI.

What the hell has happened? Why are Republicans walking around with “Defund the FBI” hats?

According to a report released last week, the FBI is “rotted at its core,” has a “systemic culture of unaccountability” and is full of “rampant corruption, manipulation and abuse.”

This is “according to whistleblowers cited in a damning report released Friday by Republicans on the House Judiciary Committee,” in the words of the New York Post. Which is just as good as hearing it from the Republican Party itself.

The report also charges that the FBI has “a secret partnership with Facebook in which the bureau receives private user information from the social network without the user’s consent,” and has “looked the other way” when it comes to dozens of “violent attacks against anti-abortion groups and facilities,” while also “selectively enforcing federal law to arrest and charge pro-life activists.”

What’s next? Liberals defending the FBI?

Actually, President Joe Biden has done just that. As has Mike Pence.

Talk about dogs and cats living together!

This squabble over the FBI comes at a good time.

There is a big new biography of J. Edgar Hoover coming out, by Beverly Gage, covering the 50-plus years Hoover ran the FBI.

And if anything clears up a complicated political debate, it’s a secretive spy who most people now associate with dressing up in women’s clothing.

(For the record, Gage writes, “It is difficult to imagine Hoover taking that sort of risk, whatever his personal desires may have been.”)

Gage also helps us understand that the Irish American FBI stereotype is a bit more complicated.

When Hoover was starting out at the FBI, in the 1920s, its main enemies were radical immigrants.

Even those Irish Catholics who proved themselves patriotic, and who could afford the education the FBI required, were looked at with some suspicion by more seasoned feds.

It was only after World War II, when battling communism became the FBI’s top priority, that Irish Americans became trusted allies in the fight against Russia. That’s when active recruitment at Catholic colleges and universities began.

Some even thought Hoover was a Catholic himself as he mingled with prominent Irish American religious leaders like Fulton Sheen and Cardinal Spellman.

By the 1960s, with Yippie longhairs and Black Panthers running around preaching violent revolution, you can imagine why an Irish Catholic out of Fordham, hoping for a secure job and pension, was a trusted fit for the FBI – and vice versa.

Bringing us back to the question: What the hell has happened since?

Almost makes you wish Hoover was still dressing up to run the FBI.