The Irish American Congressman standing up for Irish Veterans

Patrick Kevin Ryan has called for an expansion of veteran services across New York State. 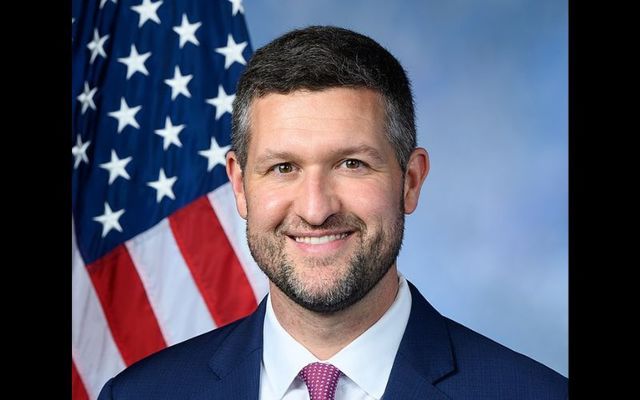 Not too long ago, when there was terrible news coming out of Iraq every day – rather than Ukraine – an Irish American from Long Island briefly became a symbol of hope.

His name was Joseph Patrick Dwyer.  He was born in Nassau County and joined the Army in those dark, angry days after 9/11.

Dwyer was serving as a medic with the 3rd Infantry when a photographer snapped a memorable photo, in which Dwyer is carrying an injured Iraqi child. It was a reminder that there just might be some good intentions – and outcomes – amidst all the bloodshed in Iraq.

But that moment of hope passed. Dwyer left the war. But as is the case with many vets, the war did not leave Dwyer.

His transition to postwar life was difficult. There were reports of PTSD and substance abuse before Dwyer passed away in June 2008.

Though, again, amidst the darkness, he’s still part of an effort to bring some struggling vets hope. The Joseph P. Dwyer Veteran’s Peer Support Project now helps vets struggling with a wide range of issues.

It’s one of many initiatives Irish American activists and elected officials are working on, as Veterans Day 2022 approaches.

Another Iraq War vet, and newly elected congressman, is Patrick Kevin Ryan, who has called for an expansion of services across New York State.

“Since September 11, we have lost at least 7,057 Americans in combat in Iraq and Afghanistan, a heavy price to pay. But even more tragic is that we have lost an estimated four times that number of post-9/11 war vets…to suicide at home, according to a recent study from Brown University,” Ryan wrote last year.

In his native New York Ulster County region, Ryan cites work with “grassroots veteran service organizations like the Hudson Valley National Center for Veteran Reintegration,” as well as the Dwyer Support Project, the Vet-2-Vet program, and “Patriot House, a residence for homeless veterans that provides services such as treatment to fight addiction.”

Meanwhile, across the Hudson River in New Jersey, other Irish American veterans like William Sheehan and Tim Shea are calling attention to a different problem – so-called “bad paper,” or other than honorable (OTH), discharges.

“Once a vet is branded…OTH – which means a service record shows misconduct, but no court-martial conviction – that vet has few options,” a recent Newark Star Ledger editorial noted, adding, “He can live without VA benefits, or he can apply for a review that might restore those benefits – which usually takes two or three years, an impossible wait for someone with PTSD or a drug addiction.”

As Sheehan, of the Iraq and Afghanistan Veterans of America group, has said, “It helps to remember that an OTH is almost always a mistake of the mind, not of the heart. It’s something silly like going AWOL after experiencing trauma or smoking weed.  Nobody should be tossed aside for that.”

Among those who’ve faced such consequences is Tim Shea, a Marine corporal from Jersey who served in Iraq but later failed a urinalysis test after smoking marijuana.

“One joint, and it was all over,” Shea has said.

Along with former New Jersey governor Jim McGreevey, Shea and other veterans are advocating to alleviate the penalties associated with OTH and avoid tragedies like that faced by another Jersey Irish family.

Thomas Duffy had served over three years in Afghanistan before receiving an OTH, according to the Star Ledger, which added that Duffy’s “PTSD had forced him to self-medicate.”

Duffy’s parents “heard his recurring nightmares” and “begged him to go to the VA, unaware that he had already been denied help. He died of an overdose before he was 30.”

With another Veteran’s Day upon us, it is a good thing that the U.S. seems a lot more circumspect about getting involved in conflicts abroad.

Now we need to tend to those at home.