FBI-agent-turned-Whitey-stooge he was guided by the Boston mobster an now aged 80 is being released from prison for medical reasons. 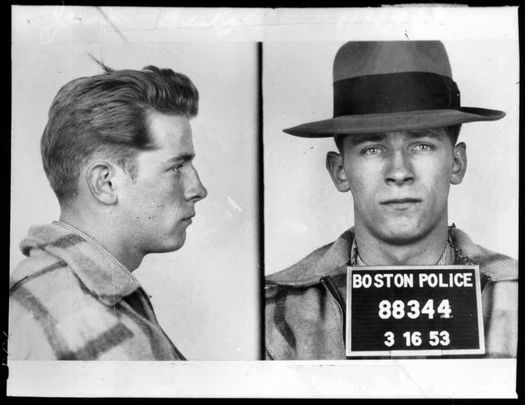 FBI agent John Connolly "had a Southie angel on one shoulder, and a devil on the other."

Everybody knows Whitey.  Love him or hate him, they all know him.

He lived large, conquered or co-opted the Italians, and played the feds. Then he vanished.

He was a ruthless, dope-peddling killer who died in prison.

But he was a ruthless, dope-peddling killer portrayed on the big-screen by both Jack Nicholson and Johnny Depp.

That says a lot about our love-hate relationship with gangsters.

So does the fact that we don’t care nearly as much about John Joseph Connolly, Jr.

Connolly, the FBI agent who ended up helping Whitey, was released from prison recently because he is going to die very soon.

“Connolly is 80 years old and has cancer and is believed to have less than a year to live,” CBS News Boston reported a few weeks back.  “He had been serving a 40-year sentence for alerting Bulger that his gang could be implicated in a mob-related killing.”

And that’s not all. Connolly did all kinds of bad stuff while he was supposed to be working for the good guys.

But here’s the thing: Our endless fascination with Whitey -- and Al Capone, and Vito Corleone, and Goodfellas and the Westies, and the Bloods and the Crips and so many, many other gang-related things -- makes it clear many of us don’t judge them all too harshly.

And even if we do, we still want to hear the latest news about them.

No cancel culture for these bad boys. They stick around no matter what they’ve said or done.

They are the kind of outlaws people used to write twangy, tortured ballads about.

But I can’t help thinking there is somehow something even more tortured, more heartbreaking, and maybe even human, in the saga of FBI-agent-turned-Whitey-stooge Connolly.

I’m not sure many among us can relate to a seemingly natural-born killer like Whitey.

But a guy who came up the hard way, and got a stable but boring 9-to-5 job, and then had the apple of temptation -- many shiny apples, in fact, a whole damn forest of apple trees -- dangled before him?

Which is in no way an excuse for Connolly’s amoral, brutal and destructive behavior.

But being that we already celebrate so many people who do so many of the same things so much more enthusiastically, well, it’s worth wondering why that is.

Connolly was born in 1940, to parents John and Bridget, in what was then Southie’s Old Harbor housing project.

John Jr. was a mere toddler when his neighbor from a few doors down, “Whitey” Bulger, was arrested for the first time, running around with a bunch of punks calling themselves the Shamrocks.

It all fed the alluring Whitey mystique that Connolly would hear about growing up. Legend has it Whitey even saved Connolly from a beating at the hands of some bullies.

And Whitey’s brother Billy, who went into Boston politics, also guided Connolly as the budding law enforcement officer got older.

Connolly, in other words, had a Southie angel on one shoulder, and a devil on the other.

Guys like Whitey are often on the road to perdition by the time they can crawl.

Guys like Connolly get all the way to walking, then decide they can get up on a tightrope, even if Whitey or his pals might push him off.  Even if they have to hide their secrets from family and friends, from their FBI bosses and co-workers.

FBI folks, by the way, who have been all too happy to let Connolly take pretty much the entire fall for the Whitey Bulger fiasco.

True, no one forced John Connolly onto that treacherous tightrope. And his victims never had a chance to make any choices at all.

Besides, an immigrant’s kid from the projects should be content with an FBI career, right?

That’s the American Dream, ain’t it?

Obviously, Connolly himself didn’t know. Because many of us don’t know either.