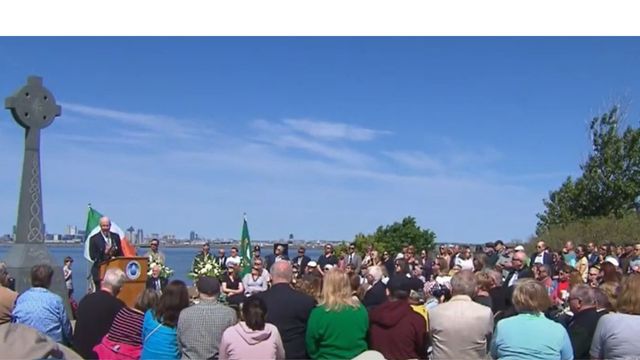 The 16-foot Celtic cross overlooking Boston Harbor is made of stone and honors the 850 Irish immigrants who died after arriving on Deer Island in the 1800s.

The monument represents the sacrifice of Irish immigrants who came to America to escape the famine only to die and be buried in unmarked graves.

The Great Famine was a period of mass starvation and disease in Ireland from 1845 to 1852. During the Great Hunger, about 1 million people died and more than a million fled to find a new life in countries like America.

Arriving in the States, passengers on the ship would have to first be medically accessed before they were allowed into the country. Landing points such as Ellis Island in New York and Deer Island in Boston were where many Irish emigrants got their first glimpse of America.

It was a long grueling journey from Ireland and the boats were often rampant with diseases. The Deer Island Quarantine Hospital and Almshouse opened in 1847 to house the many Irish passengers sick with typhus, cholera, and other illnesses. 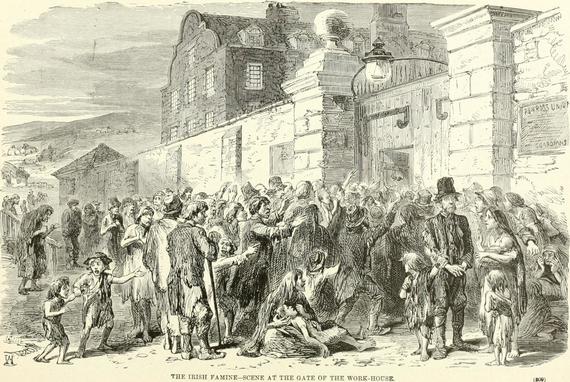 Filled with the hope of a fresh start and America now within their view, it should have been a new beginning for these Irish immigrants. Instead many of them never made it across the water to Boston, and around 800 Irish were buried on the island in unmarked graves.

The idea behind the memorial came from the late Dr. Bill O’Connell and his wife Rita, the vision eventually becoming a reality by The Irish Great Hunger Deer Island Memorial committee. Unveiled in May 2019, an official ceremony was held for the monument.

Next time you're in Boston, why not take the opportunity to visit the Celtic Cross Memorial, and pay tribute to your Irish ancestry.